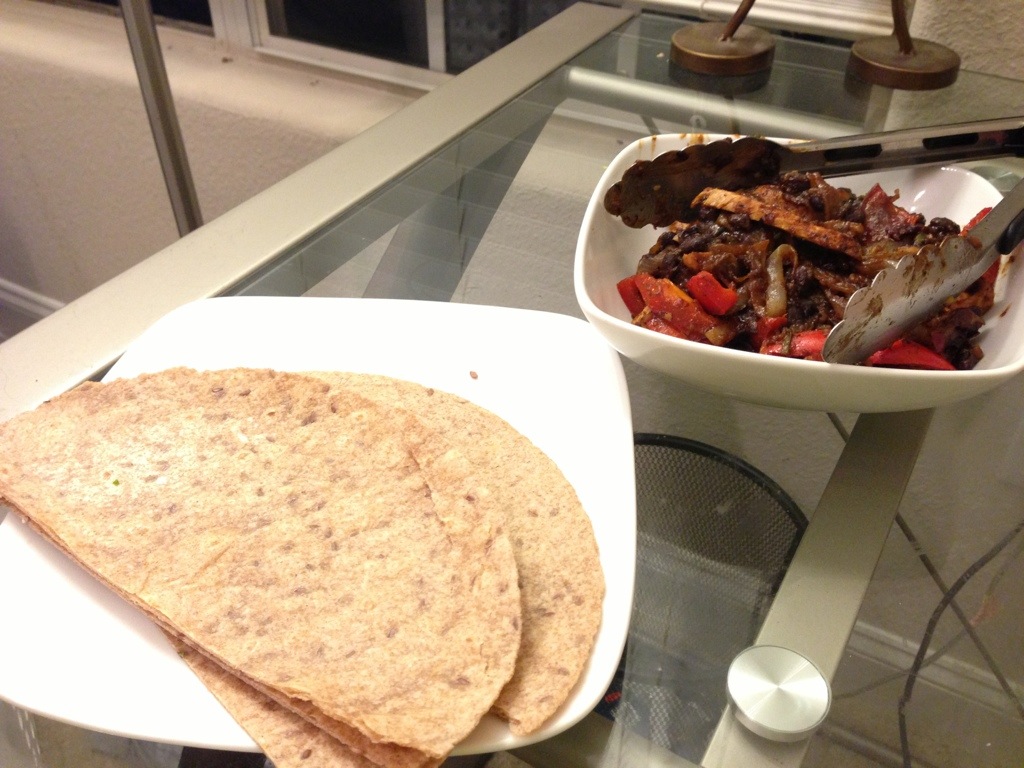 I made chicken fajitas. I pounded out chicken, sprinkled chili powder on them, and cooked them on the cast iron. After they were fully cooked, I took them off and added french cut onions and lot of red pepper strips. I also added half a can of bean and a half ofjuliennecutzucchini. I probably let that go a bit too long since when I added the water-fajitaseasoningmix, it was already pretty cooked down. It got a bit mushy with it all. Next time, I think I will make my own mix and let the flavor of the vegetables stand for themselves without the seasoning mix (which also adds lots of different flavors). I again also added garlic powder but I used siracha instead of Dave's Insanity.

They were out of the tortillas I like to use (with 45 cal each) so I had to get the bigger ones that were higher too. I cut them in half so I could still make smaller fajitas.

I also had brussel sprouts where I use really high heat (with the pans warmed up in the oven). I think I will_not_use this method again. They get a bit too burned, and any loose leaves are totally charred. Next time, I am going with a lower temperature and longer cook times, Serious Eats be dammned! I don't have a picture of them since I forgot to start them earlier