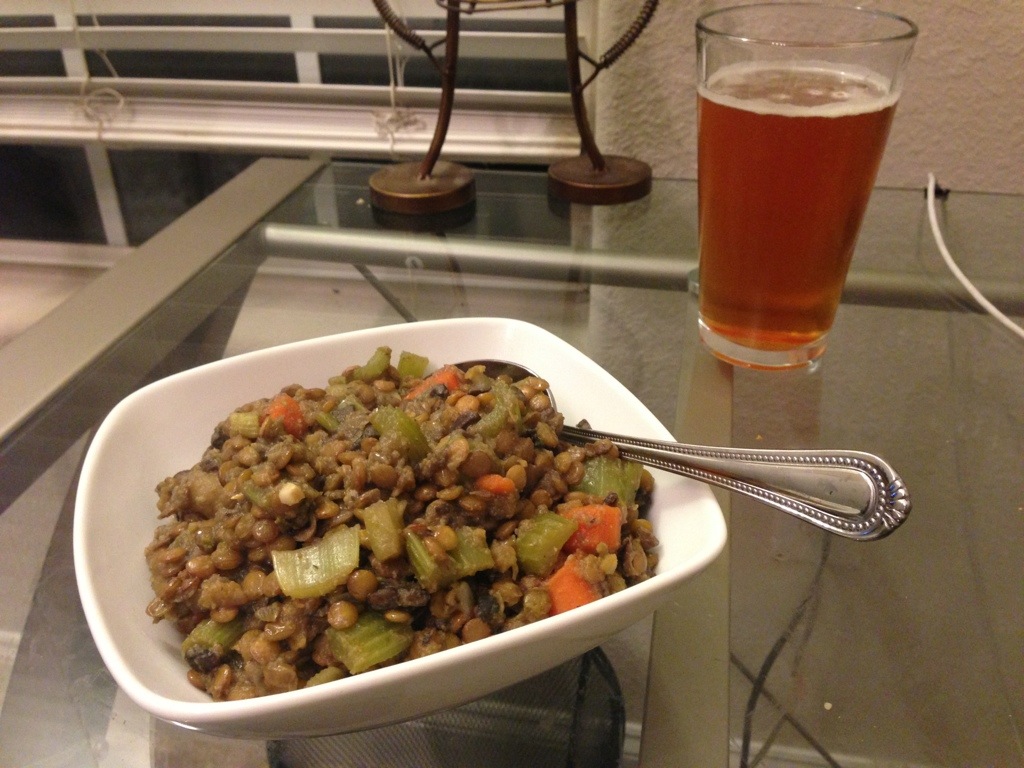 I made lentils as I have done in the past. The Kitchn calls for a 1:2 lentil:water ratio, but when I added my 1 cup of lentils, I needed lots more water. That isbecauseof all the veggies. I started with 3 cups but then it dried up pretty quickly so I added more.

Anyway, it was pretty standard as I have done before. I used

I also used Better ThanBouillonfor my chicken broth. I added lots of garlic powder, onion powder, some salt, pepper and crushed red pepper. Finally, when it was all finished. I added some apple cider vinegar since I had seen vinegar added to other recipes. I need to read up on why to add that since it seemed to make them mushy. I'll investigate.

I was originally going to made other veggies but I then decided that there was more than enough in this dish.

Anyway, as usual, it was very good and very flavorful. Also, it made a ton of it. I had a huge dinner serving and a pretty big lunch. And, according to Weight Watchers, a cup of dry lentils is 12 points plus. I was doubtful of this so I looked up the information on the web and threw it into the Points Plus formula. That comes out with 13 points. Note that a lot of it is the fiber. You can count it all, but even if you don't, it is 17 points for two big servings. Not bad.

I want to investigate other meals with lentils since they are so low in points, but high inprotein.