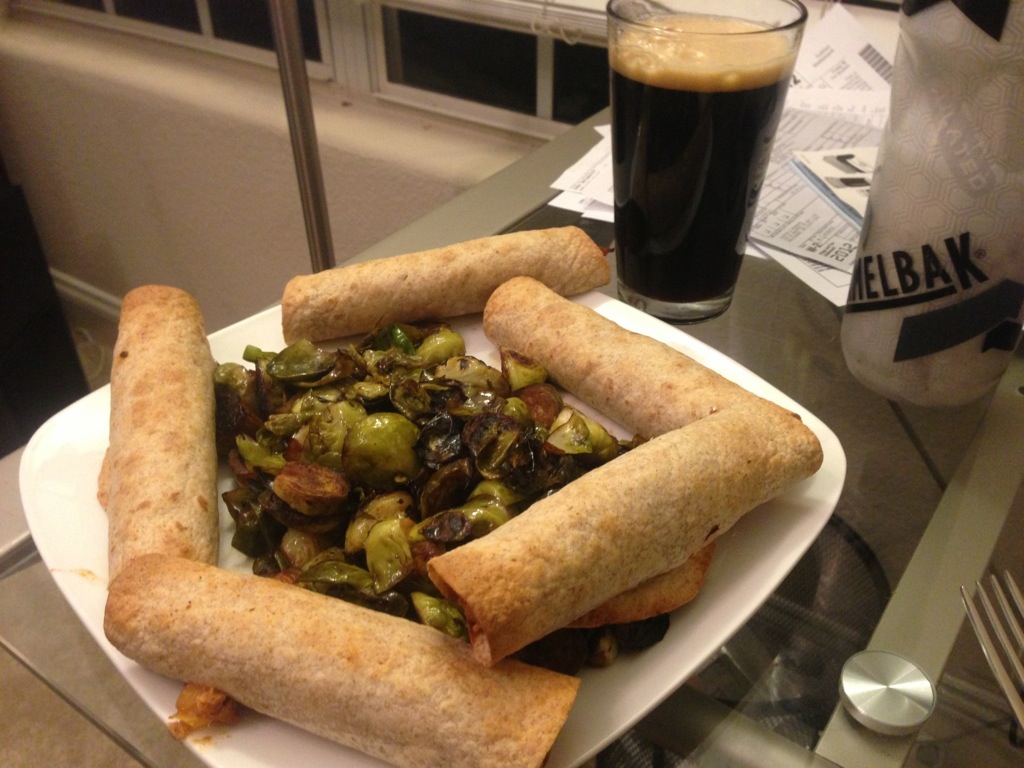 I made pretty standard taquitos. They didn't really come out too good. I am not sure why, but I probably overcooked the onions and too much bell peppers. I used Trader Joes high fiber tortillas (1.25 points each). Normal pressure cooker chicken and used laughing cow. One thing that messed up the rest of the meal was not knowing the timing. I had never included it before. It is about 400°F for 15-18 minutes. Maybe I should have used more sauces and spices.

I also tried to make brussel sprouts in the cast iron pan.Because I wasn't sure of the timing of the taquitos, I kept having to mess with it, turing it on and off. I covered it and it basically steamed. I found something that mentioned balsamic vinegar so I tried using a bunch of that. It was still good all said and done, but mushy. I'd look into other recipes and methods (I looked at this one quickly while trying to do 1000 other things)