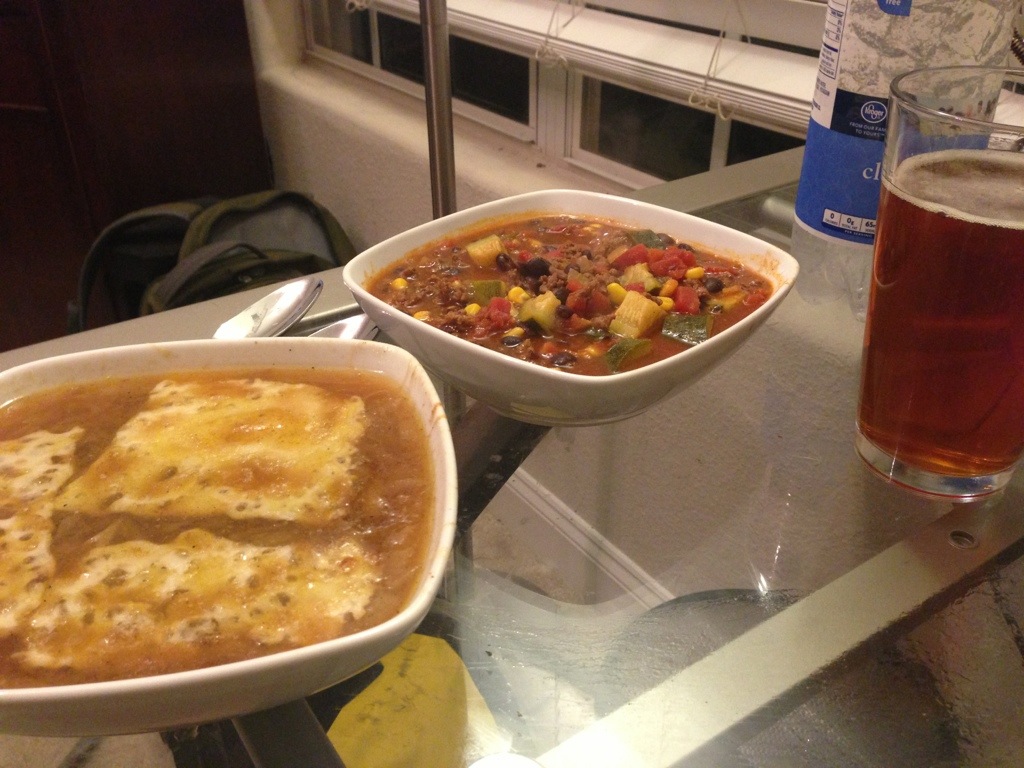 I had a soupy (and salty) meal. I made the pretty standard taco stew with no major changes. I might have used a bit too much broth anddidn't let it cook down. It was a bit salty but pretty good. Point-wise, it was 11 for the beef, 8 for the beans, 4 for the corn so 24 for the whole thing. It made three large portions. I had about two for dinner and I have one for lunch. 8 each.

I also made French Onion Soup. I let 3 sweet onionscaramelizewith a bit of oil and Smart Balance. I let it go for a while covered then I turned up the heat and let it get nice andcaramelized I then added 1 cup of wine and 3 cups of a broth (mixed 1/2 and 1/2 beef and chicken). It was also a bit too salty. (theme of the meal). I used the broiler to melt some swiss cheese on top. I do not know the points for this. Probably not too high as most of it just comes from the oil.