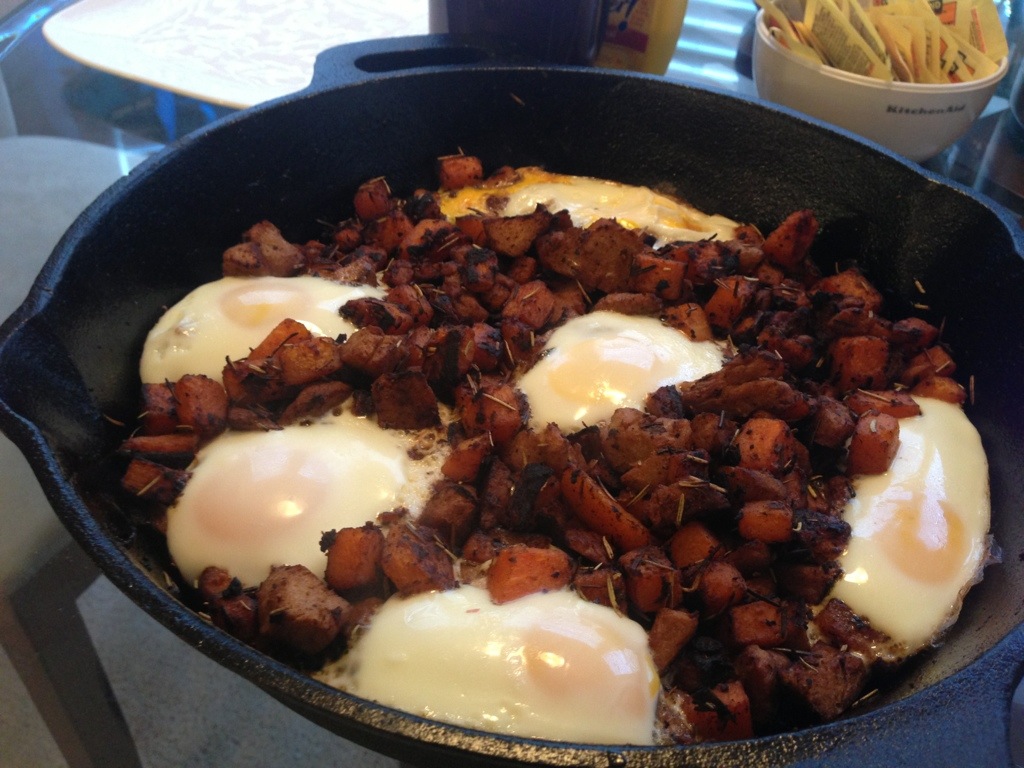 I kinda threw this together. I cut up most of a butternut squash into small pieces and then I kept tossing them in a medium-high temp cast iron pan. I just used pam as the oil. I kept tossing them, covering them some of the time and letting them cook down. I added lots of rosemary and some salt. As they got more finished, I put a thing of seitan into the mix. Finally, I cracked eggs into the pan and put it in the oven. I alternated between the oven at 450 and the broiler. I think I may have gone just a but too long as the yolks were more set than I would have liked, but not too bad.

The stuff was very good. I would definitely do it again. Other than cutting the squash, it wasn't too hard and made a nice, low(ish) point breakfast. I am not sure if you have to start counting the squash at a certain point or not.

Also, on Emily's suggestion, I tried roasted the squash skin. I ended up burning most of it, but the unburned pieces were surprisingly good. I expected them to be chewy and gross but they weren't