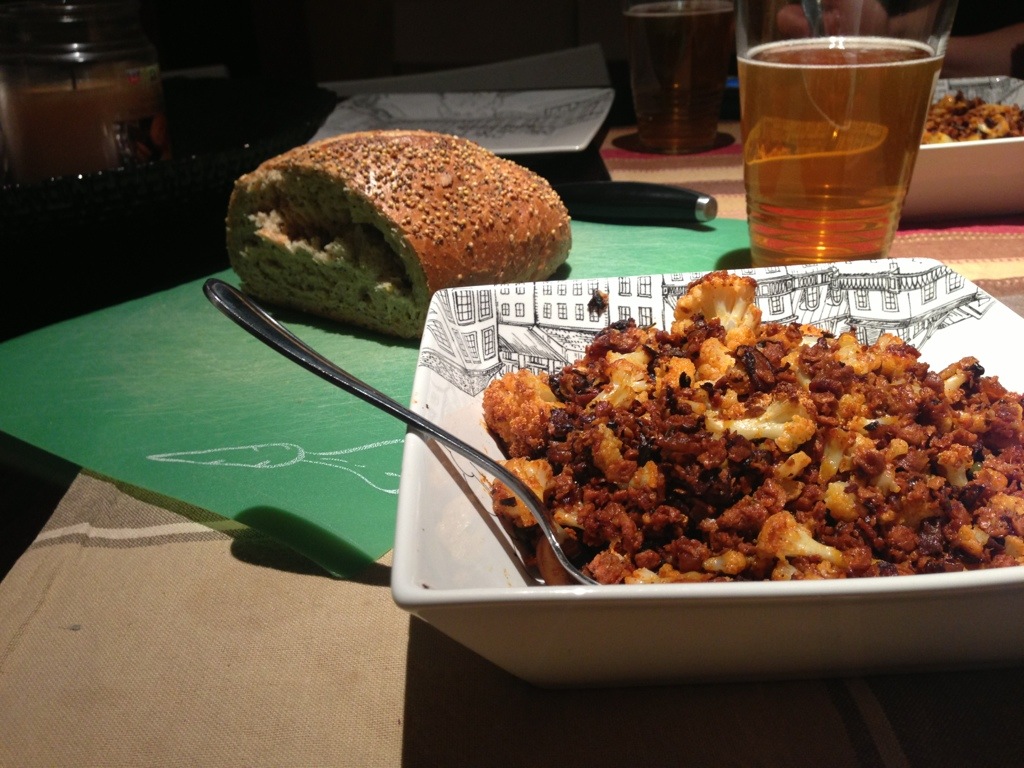 This was another recreation of something Meredith made a while ago. It was really easy too. We started by roasting choppedcauliflower at 450 for 20-30 minutes until it was starting to show some browning. Then, wesautedhalf an onion and a lot of finely chopped mushrooms. After they had been well reduced and cooked, we added a thing of the Trader Joes Soy Chorizo (pictured below). We thenimmediatelyadded the roasted cauliflower and mixed it together. We let it cook and get a bit crispy. We also added some capers and the brine. It gives it a bit of saltyness and more flavor. Extremely good and extremely easy. The chorizo is 4.85 servings at 3.9points plusper for 19 total. Add two or three for oil andincidentals. Basically, two large servings at 12 points each! I would definitly make this again. Also, the soy chorizo may be good when used in something else. I'll keep it in mind.

We also made a red-lentil dip from the recipe below. I think she followed the recipe pretty closely except she used grits in place of corn meal. I am honestly not sure if there is really any difference. It's interesting how the corn meal gets cooked by the lentils and not on its own. We also probably used extra sriracha. I liked it a lot. It was maybe a bit gritty but not too bad. I would go lighter on theparsleyas well. I could imagine making this as a meal unto itself, or spreading it on some vegetable as a really nice side. It could also take the place of hummus 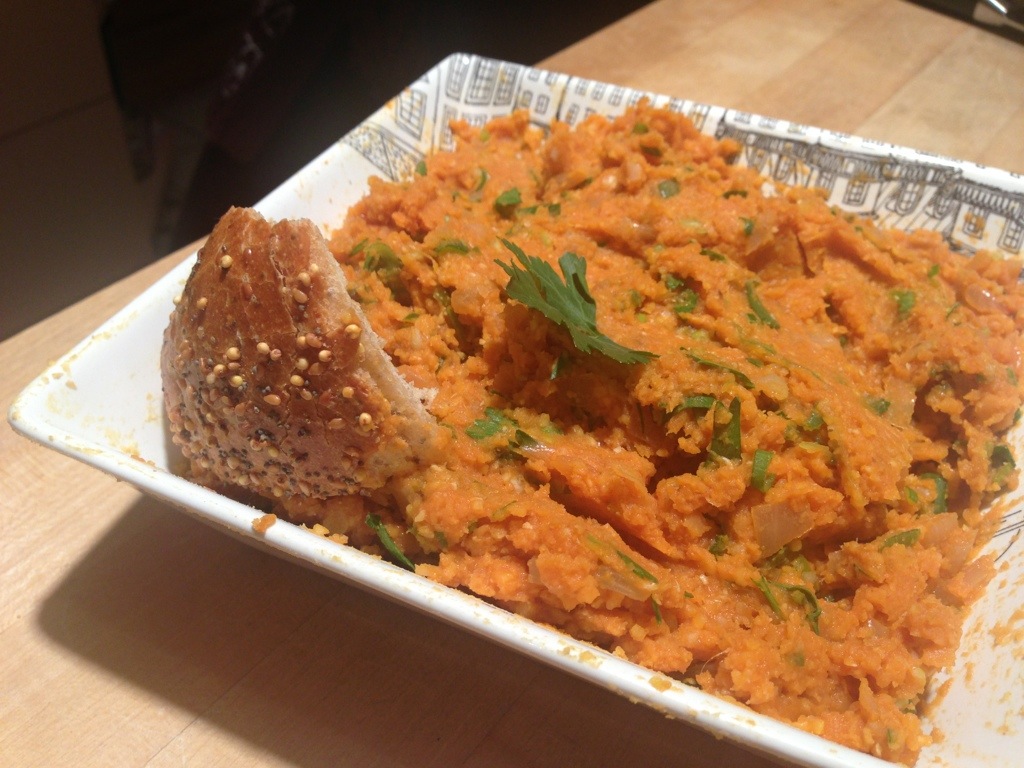 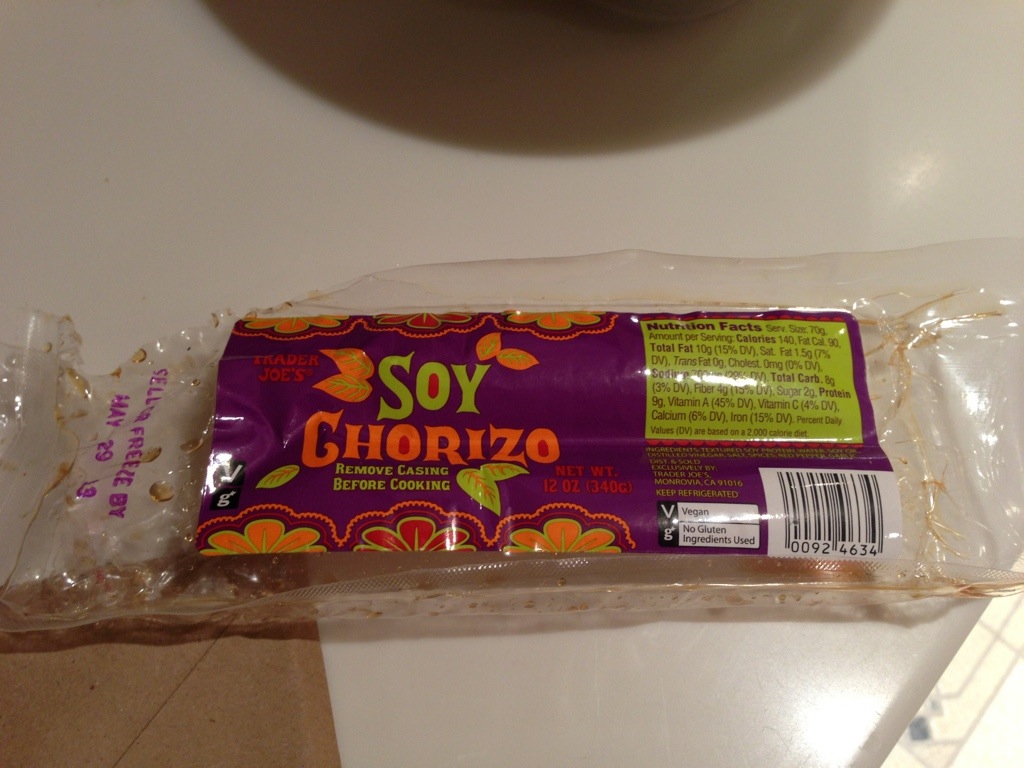