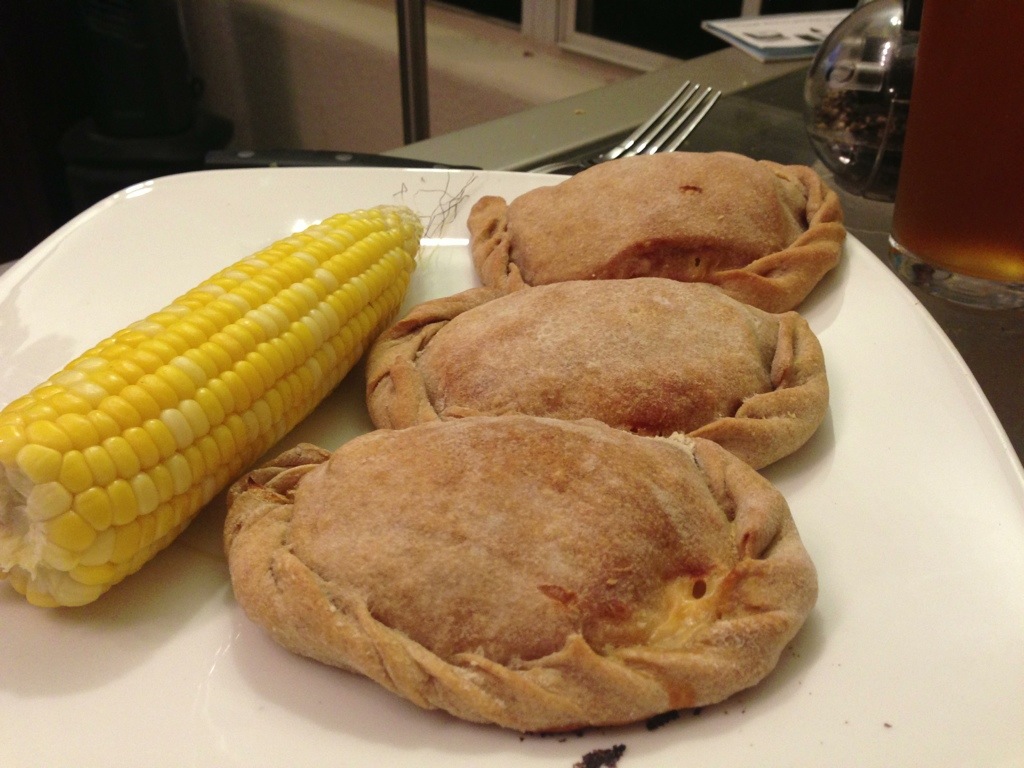 I wanted to try something different so I made baked reuben empanadas. I based the dough on the regular empanada dough but used rye flour instead of wheat. I also didn't have egg, but this site suggested I could used soy yogurt. Since I wasn't trying to be vegan, I used greek yogurt. The dough came out okay. Very sticky. Plus, making so little is hard with the mixer.

Anyway, I rolled them out, put a small coating of lite Thousand Island, some (squeezed out) sauerkraut, then sliced corned beef and finally, I topped it with half a slice of light swiss cheese. (see the picture at the bottom).

They came out okay. I think I liked the idea of them more. They didn't taste overly "reubeny". The dough tasted the same so next time, I think I'll throw some caraway seeds in it to make it more rye tasting. And I do not know what else to try to bring out the flavors. Also, I kind of forgot how intense and time consuming it is to make empanadas alone. 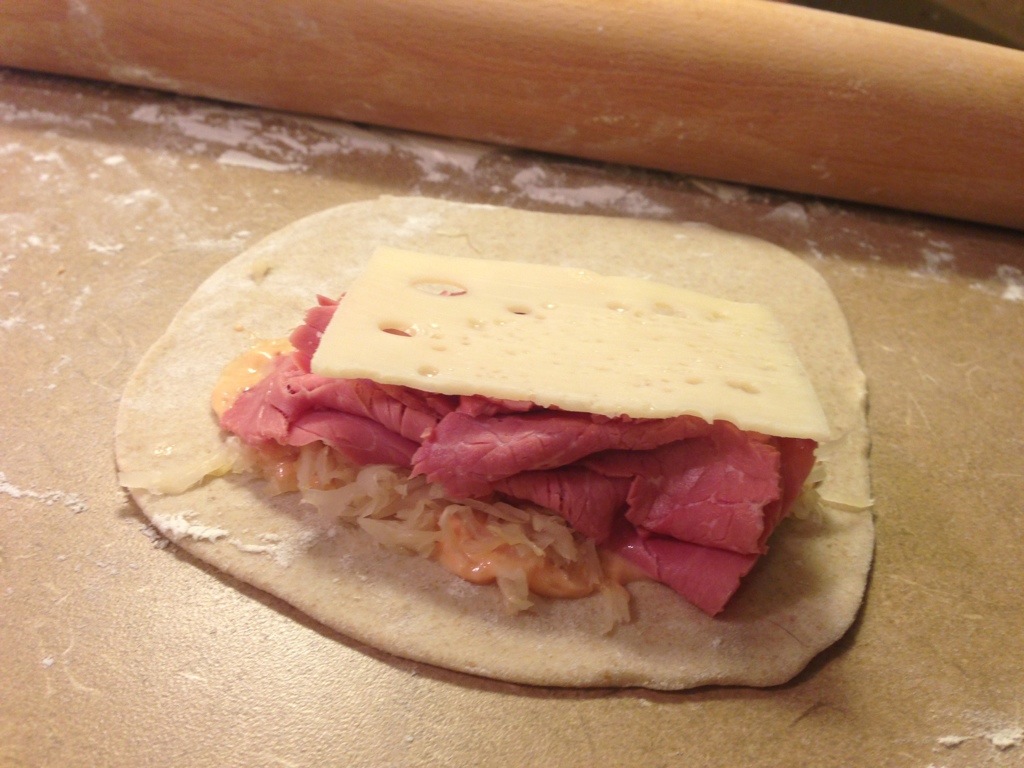