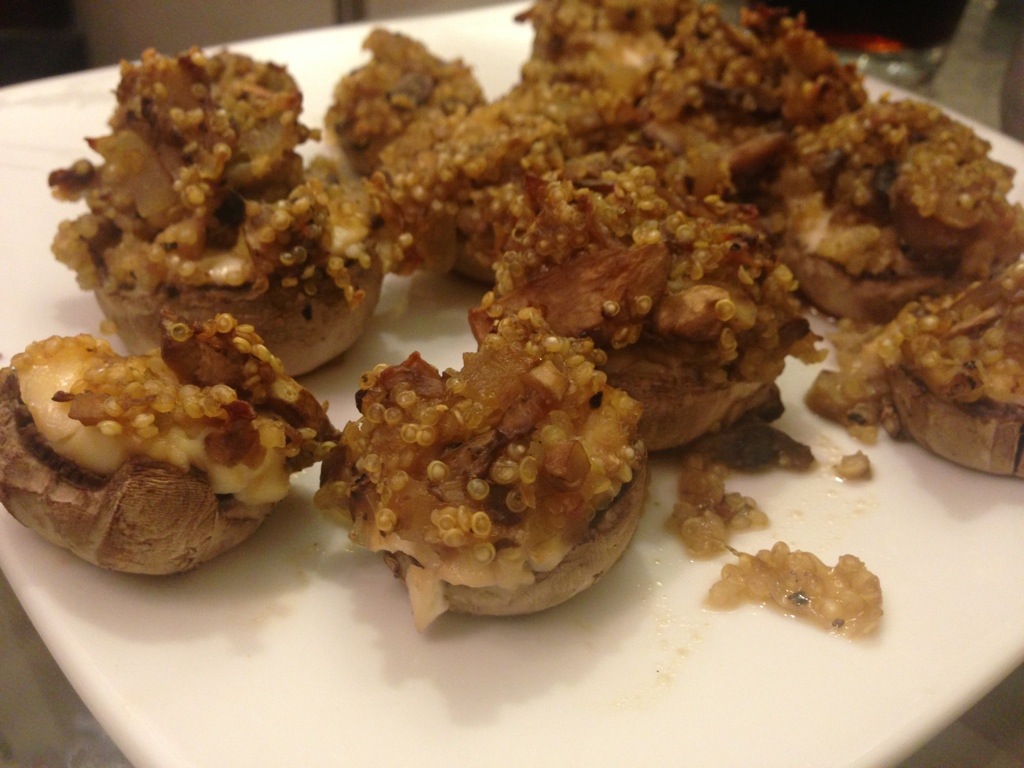 I made Mushroom + Quinoa stuffed mushrooms. First, the filling. I started with sautéing half an onion using dry sherry to deglaze the pan. I then added a lot of finely chopped mushrooms. That included both the stems of the caps I stuffed and an additional pack of mushrooms. Basically, a lot. I kept adding sherry and letting it cook away. I then added_cooked_ quinoa (started as 1/2 cup dry, Osem in the water). Finally, I added lots of garlic powder and TJ's 21 seasoning salute.

For the mushroom caps, I pealed away the outer layer and then spread laughing cow into the inside. I cooked it for 25 minutes at 350 (see 2011-01-10). These mushrooms were a bit small making it difficult. And annoying to peel. I wonder if there is an easier way.

Anyway, they came out pretty good. They were small and not the most filling thing, but the laughing cow trick really gives it a lot of flavor. And the topping got nice a crispy, though a lot fell off the caps.

The points were 9 for the 1/2 cup dry quinoa, 3 for 5 wedges of Laughing cow, plus some for the sherry. It made two meals worth including extra filling. Even if you count the sherry as, say, 5, it is 17 for two meals. Not bad.