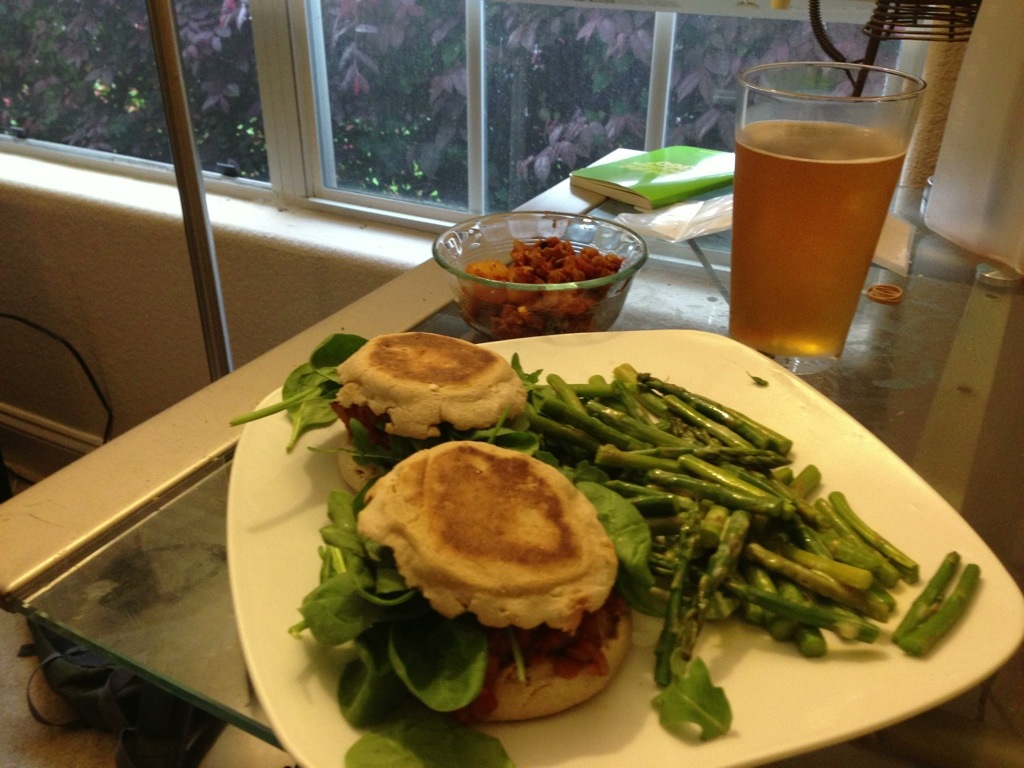 I made lentil sloppy joes like last time. I used 2/3 cups of lentils with a 2:1 water:lentil ratio, though I added more water as they cooked. The lentils seemed to cook down rather quickly and almost turned mushy.

I also used mostly low-sugar ketchup to reduce the points. I served them on low-fat, whole grain english muffins. I do not know why but they were pretty mediocre. Maybe a bit too mushy, maybe it was the differentketchup, maybe the seasonings.

I also had asparagus