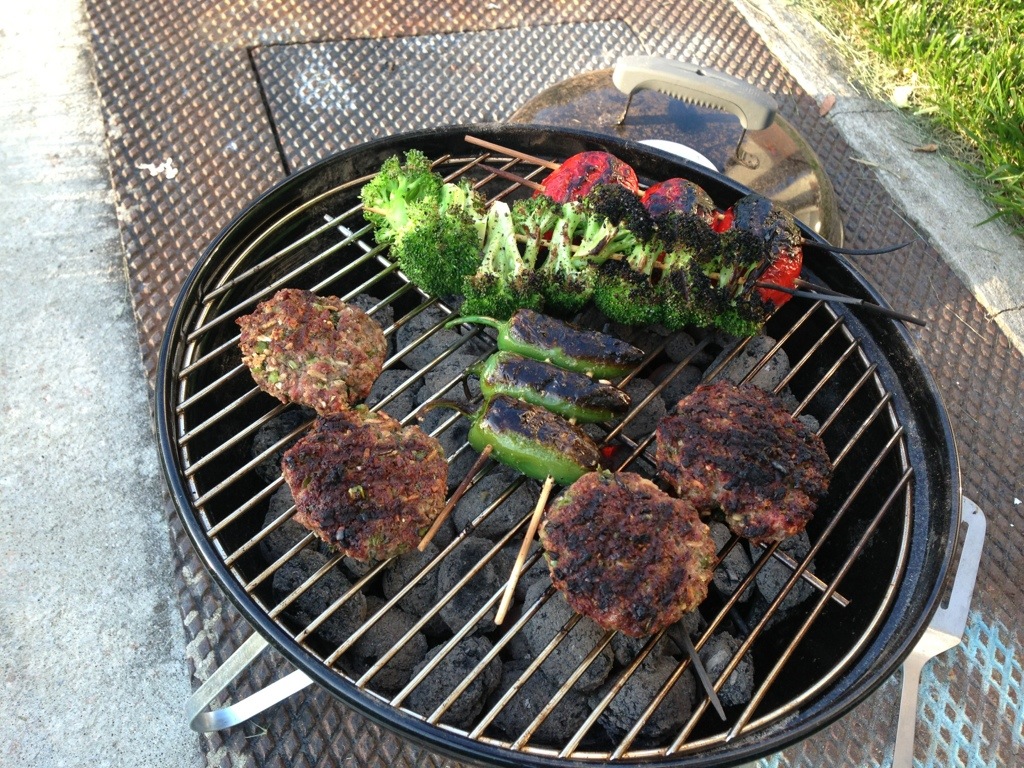 I decided to try grilling again. I made koftas but only roughly followed the recipe. I just chopped up a bunch of mint and then added the other seasonings. I used dried onion since I didn't feel like chopping it. I also added a serving or so of breadcrumbs since it was very wet (likely due to using quickly defrosted beef). I also added a whole, finely chopped,jalapeño (including the seeds)

For grilling, I also skewered wholejalapeos, slices of red pepper andbroccoliflorets. I pammed the veggies and added salt and pepper.

I am still getting the hang of using a charcoal grill. I filled the chimney starter and let it go for a long time since at 20 minutes, all the coals were not yet white. I made sure all vents were open; dumped the coals, and let it sit for another minute or two. I then just added everything. I didn't time it at all or anything, but just flipped it at a certain point. The veggies had a nice char, as did the kofta burgers, but I think that is part of the flavor. I thought the heat was dying, but I think I was wrong since I still felt a lot of it as I took everything off.

Surprisingly, eveything came out pretty good. The burgers were probably a bit overdone, but I didn't mind since they weren't dried out. The veggies were somewhat blackened, but not bad. I removed the charred part from the red pepper but kept it on thejalapeos. The jalapeoswere very good but very, very hot. The brocolli was okay but the red pepper was out of this world! I was a bit skeptical that the meal would be a success (hence the picture while cooking it, plus I took pictures of it all prepped in case it was a failure).

I think I would still prefer to move to a gas grill (and keep it hush-hush) but at least I don't feel like this was a failure on the charcoal. 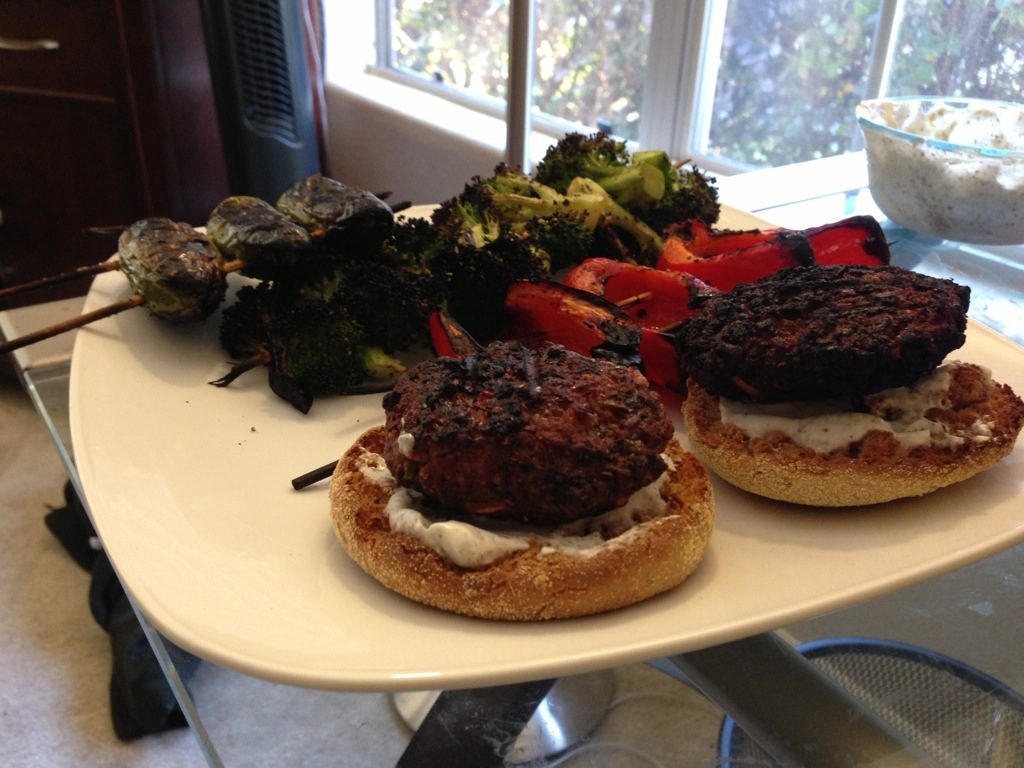