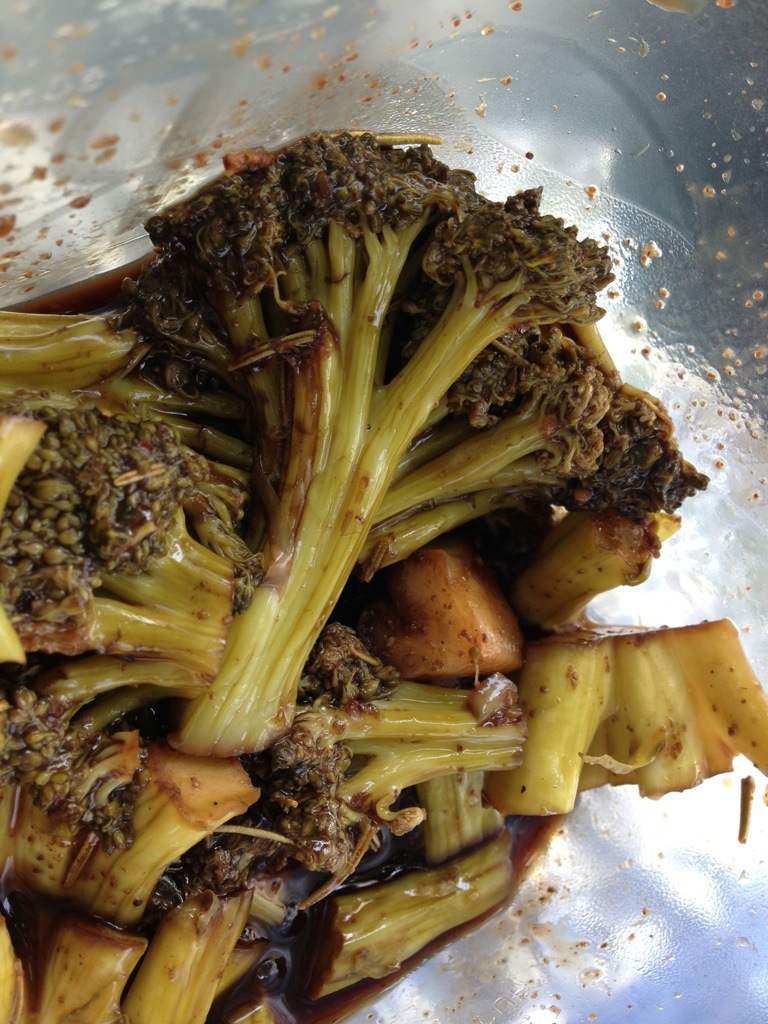 I made a balsamicbroccolistir-fry for a lunch side. I steamed some broccoli and then made a stir-fry sauce. It started with abouta Tbsp of low sodium soy and maybe a tablespoon or two of balsamic. Then I added a bunch of garlic power and rosemary. Finally, a big scoop of corn starch. I do not know if it was the cornstarch or the heat of the pan, but I put it down and it sizzled then became solid. So, i made another batch but lighter on the corn starch and a cooler pan to start. I added the lightly steamed broccoli and tossed it a bunch when it was boiling. I then moved it to the container.

The sauce was acceptable but not as good as I wanted. I need to lookup difference recipes to see if something similar has been done and then modify them from there.