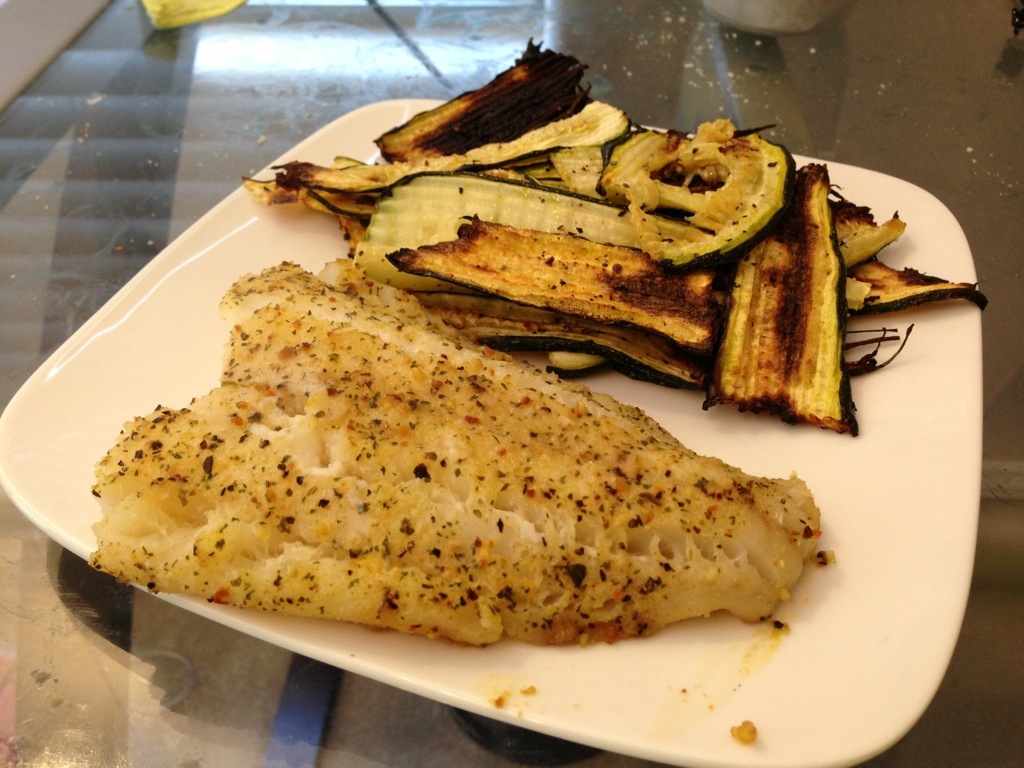 This meal basically failed. First, I tried to make roasted tomatoes. I didn't do much so I tried to do them in the toaster oven. Towards the end of cooking, I changed it from bake to toast so it would get the top a bit crispy. Well, most burned. And those that didn't burn, stuck. So much for that,

The zucchini slices were more or less fine. I used the crinkle blade on the thickest setting. I didn't see that you could do it on the setting smaller, so I'd do that next time. But many slices were uneven leading to some brurned spots. Really, just nothing special.

Finally, the fish. I bough this fish a week ago on a Sunday, and froze it on a Tuesday. When I froze it, it smelled a bit fishy but not too bad. When I defrosted it, it smelled fine. I decided to cook it in the microwave since it worked well last time. I used the auto setting for fish and decided to trust it. First of all, it was overcooked. Very chewy and springy. Not very good by any means, but, about half way through eating it, I got a chemically smell. I tried to eat some more but I could't push past the strange smell. I threw out this piece and what I was planning for lunch tomorrow. I made salmon burgers instead (not pictured).

Oh well. I guess sometimes the meal just has to fail.