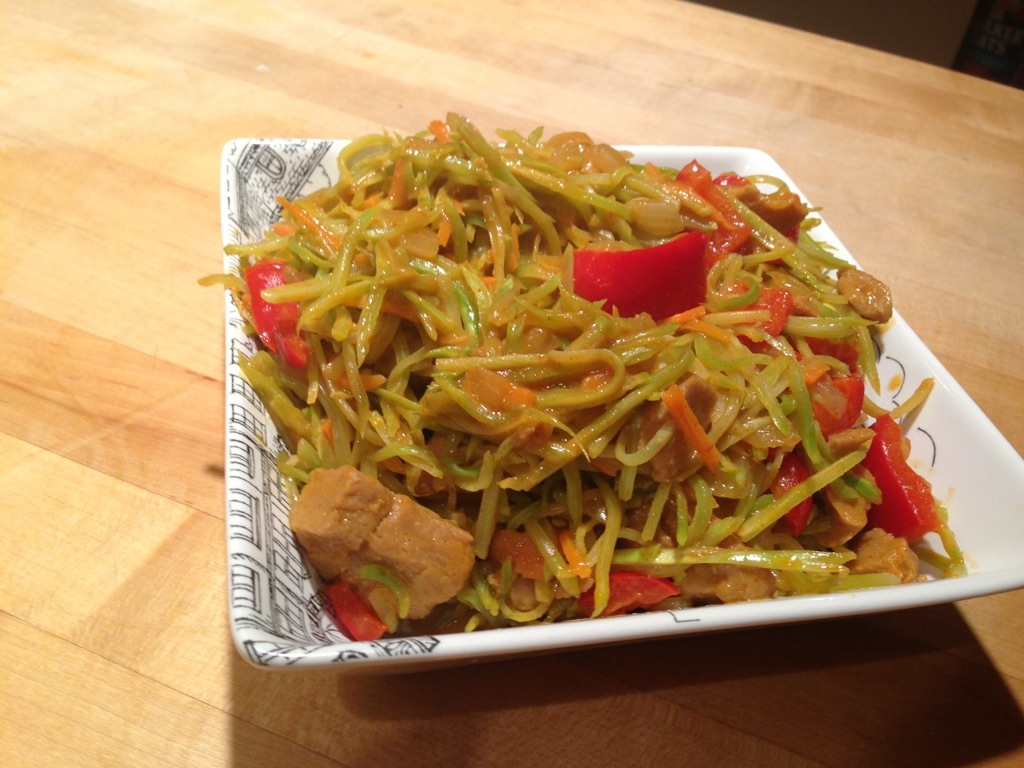 My obsession with broccoli continues. I tried to make a broccoli slaw pasta-ish dish. I steamed broccoli slaw for about 4 minutes. While that was happening, I half an onion and half a pepper. I then added a box of cubed seitan. I added the slaw and a whole bottle of Trader Joes Red Curry sauce (12 points in the whole thing). I mixed it all and let it cook down.

I like the idea of trying broccoli slaw as pasta, but Idefinitelyneed to steam it longer. It was still crunchy and after a while, I felt like I was just eating straw. I should also continue to explore other sauces. This one was pretty good but was too rich by the end.

Still, this wasrelativelylow point (only other source of points was the seitan) and quick meal. I will try to expand on it in the future