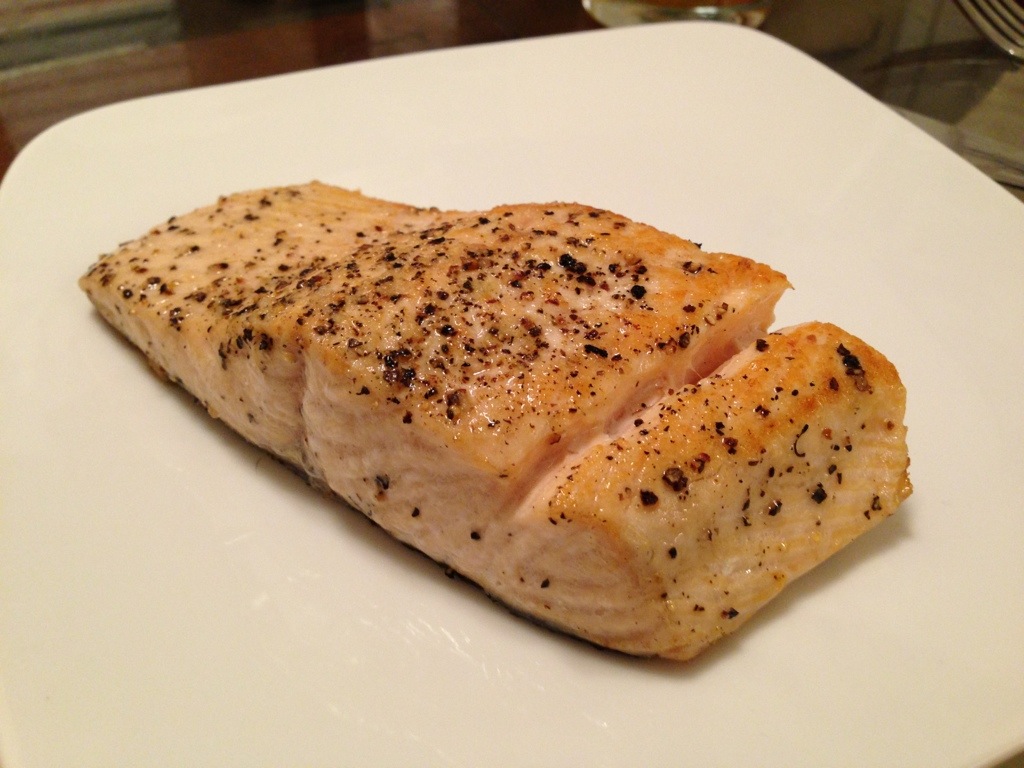 This was my standard seared salmon with just salt and pepper. Meredith was getting in late so I had this ready as a fast and easy meal. It was good as usual. Maybe it was the salmon, or the cooking time but it had an almost buttery texture and taste.

I also tried pan frying the remaining salmon skin to make the "bacon of the sea." Once you get past the idea that you were eating fried fish skin, it was pretty good. Still, most of it went to the dog who liked it more than us.