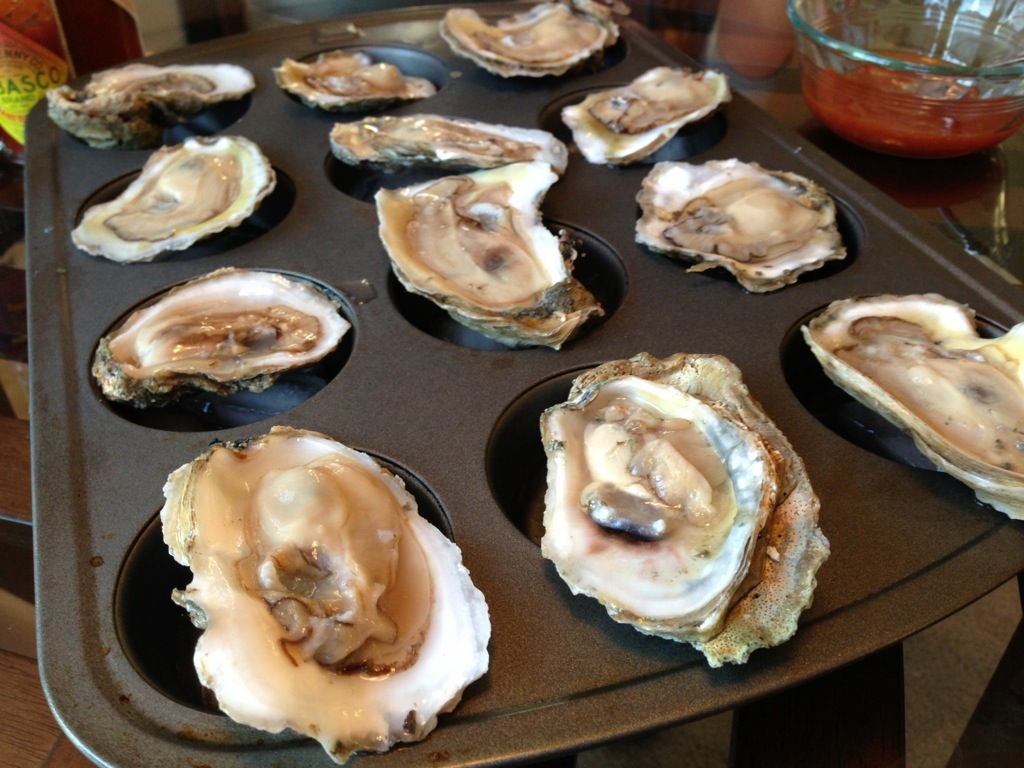 Meredith and I had Wes and Rebecca over and we did a make your own pizza with oysters on the half shell as an appetizer. We bought 2 dozen (though they gave us more) and it was a nice sized appetizer. We all took turnsshuckingthem and did a pretty good job with most. We served them with the regular stuff: tobasco, cocktail sauce, other hot sauces, lemon slices, etc.

For the pizza, we had frozen, leftover Trader Joes dough from a party. We defrosted that along with the leftover cheese. The sauce and all of the toppings were purchased though. The dough is a bit strange. Itstretchesreally, really well but it doesn't really rise at all before the oven. Also, I cooked it at 400 instead of 350. Each pizza was made from half a 16oz dough ball.

Everyone got to make two pizzas however I only took pictures of the first. (and most saved the second for later) 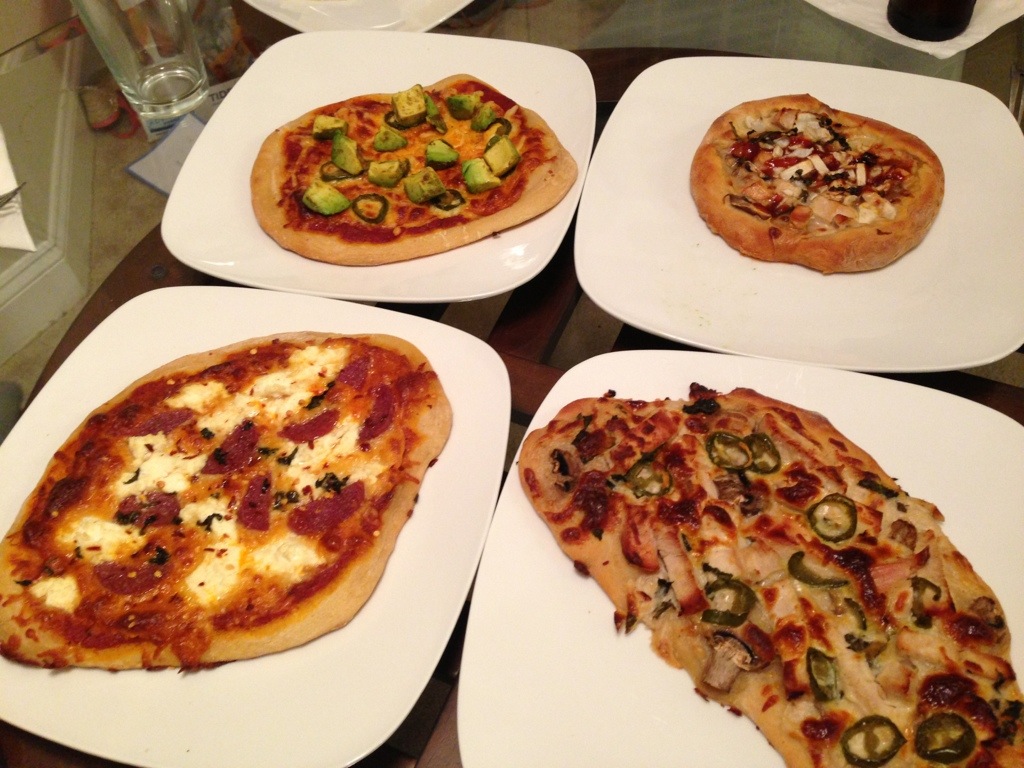