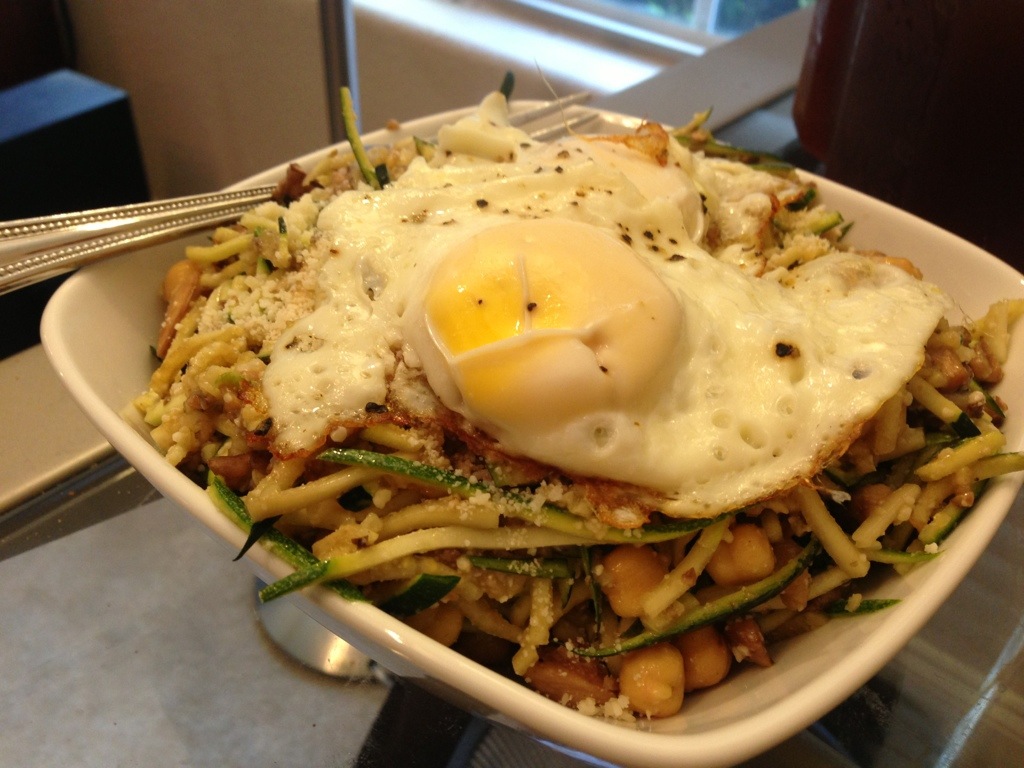 The zucchini was the same ideas as what I had done on 2013-04-16.I started with a lot of zucchini julienned (I wish I had weighed them first but there were 5 small to medium ones) with some finely chopped mushrooms. I then added a can of washed garbonzo beans. I added 1 Tbsp of olive oil, a bit of balsamic vinegar, then some salt, pepper, garlic powder and minced onion. After I mixed it all together, I added some parmesan cheese. I finally topped it with an (accidentally overcooked) egg.

The okra was inspired bythis recipe. I followed the suggestions and roasted them whole and at 425. Maybe it wasbecause they were whole, or maybe it was something else, but they took a very long time to get any type of crisp to them. Probably over 30 minutes. And, they really weren't that good. I guess I would try it again (maybe cut up though) but I am in no hurry. (Pictured is the whole thing but I took half for lunch) 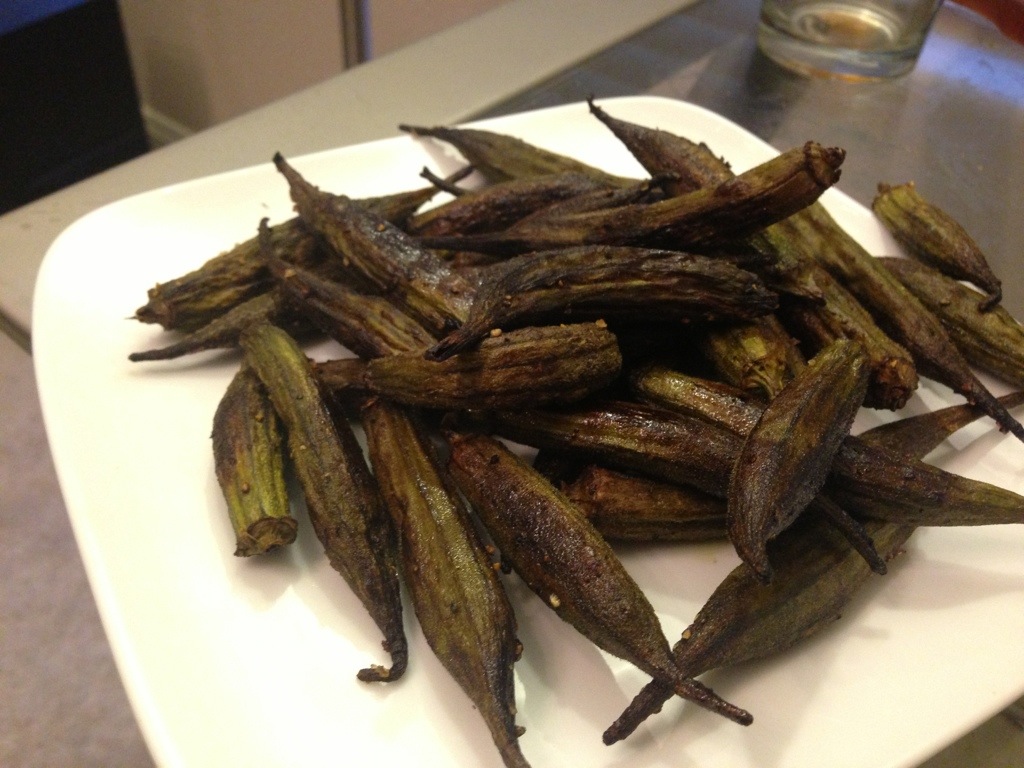 Points Plus (for two large servings)