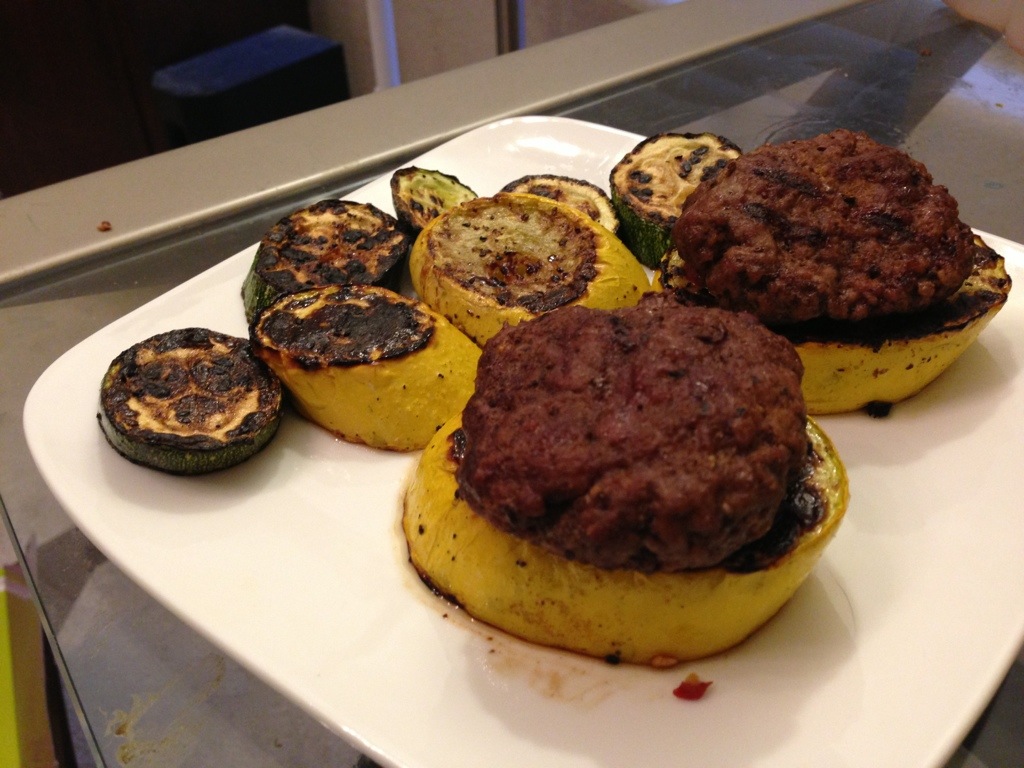 The beef did okay like this, though definitely overcooked. The zucchini cooked okay but the squash just wasn't getting there so I moved them to the regular cast iron pan.

So overall, it was all cooked but I wouldn't really call it successful but it was okay.

I did the burgers with salt, pepper, garlic powder and some siracha. I did the veggies with salt and pepper. I put some ketchup and pepper relish / hoagie spread on the squash between the burger.