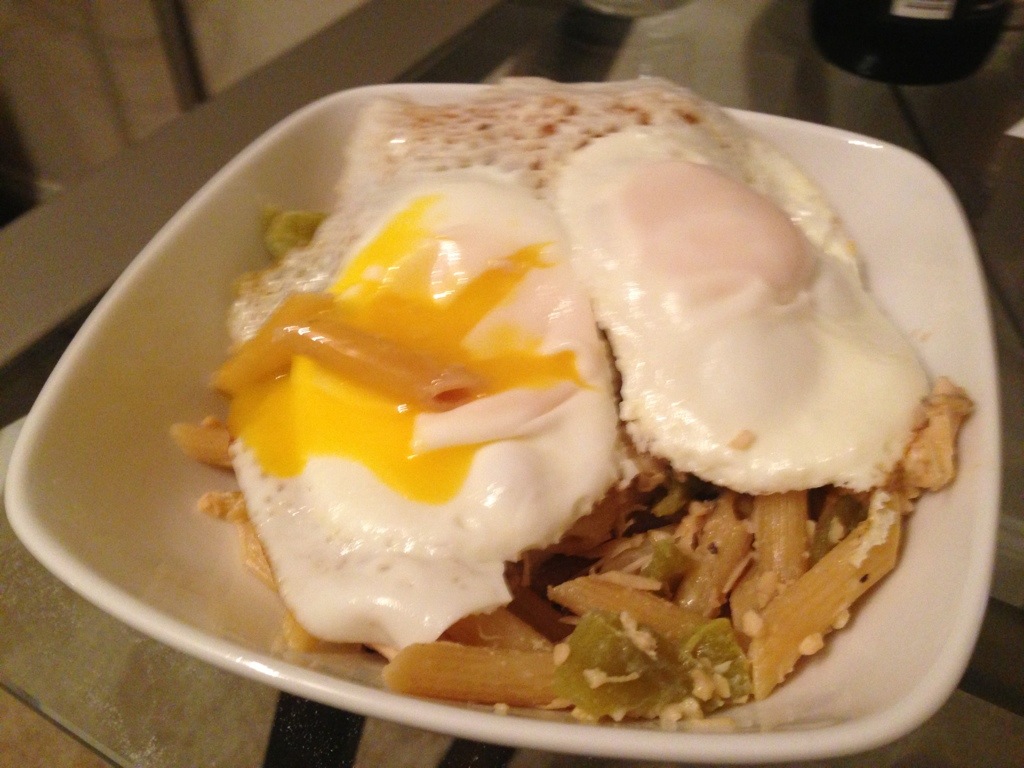 I quickly threw this dinner togetherbecause I was hungry but pretty exhausted from brewing all day. (I also totally goofed and forgot to take a picture before breaking the yolk). I cooked a bt under 1.5 servings of pasta. Meanwhile, I sauted garlic then added two small cans of chicken and then canned green chili peppers (I had to slice them). I also added two wedges of laughing cow. I brought it together with the pasta, added a tiny bit of pasta water and put the lid on to melt the cheese. I "fried" an egg and topped it with that.

It was a fast but pretty good meal. Similar to what I did the other day. The nice thing about it is that I can keep everything I need for it (minus the egg) in the pantry and ready to go.