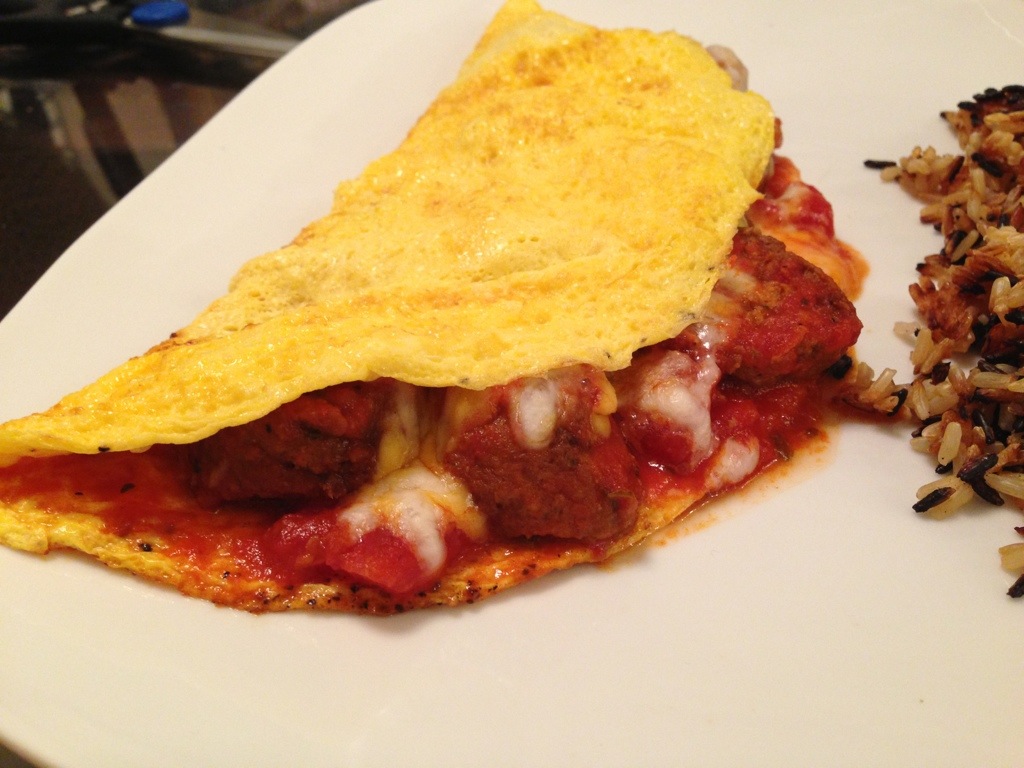 I was going back a forth a lot on what to make for dinner while I was shopping, and this is hwat I came up with. First, thesuccessful part: the omelet. I found chicken meatballs at Trader Joes (3.72 points plus for 4, though the package says you should getmore). Anyway, I decided to make meatball omlets. I took 9 meatballs (half the package), cut them in half, and warmed them in a thing of spicy tomato sauce I had in the pantry. In the mean time, I cooked egg beaters on the non-stick pan and put it under the broiler to cook the top. I then topped half of it with half the meatballs, added some LF mexican cheese and put it back under the broiler. This came out very good. It was very easy and pretty low in points (though I didn't calculate it). I froze the rest of the meatballs so I could easily make this again!

I was also craving brown rice so I decided to do it in the pressure cooker (see this post) which calls for a 2:1 water:rice ratio and 18 minutes in the cooker with natural release. Well, I followed that except after about 5 minutes waiting for release, I did the water kind. Still, I opened it up and had a huge amount of BURNED rice. Ugh! I do not know if the pressure cooker heat was too high (mostly on 3, some time on 2) or if I had it too high getting it to pressure (10 on the way up) or if I needed more water. Either way, it failed pretty miserably! Next time, more water and lower heat for cooking and bringing it to pressure.