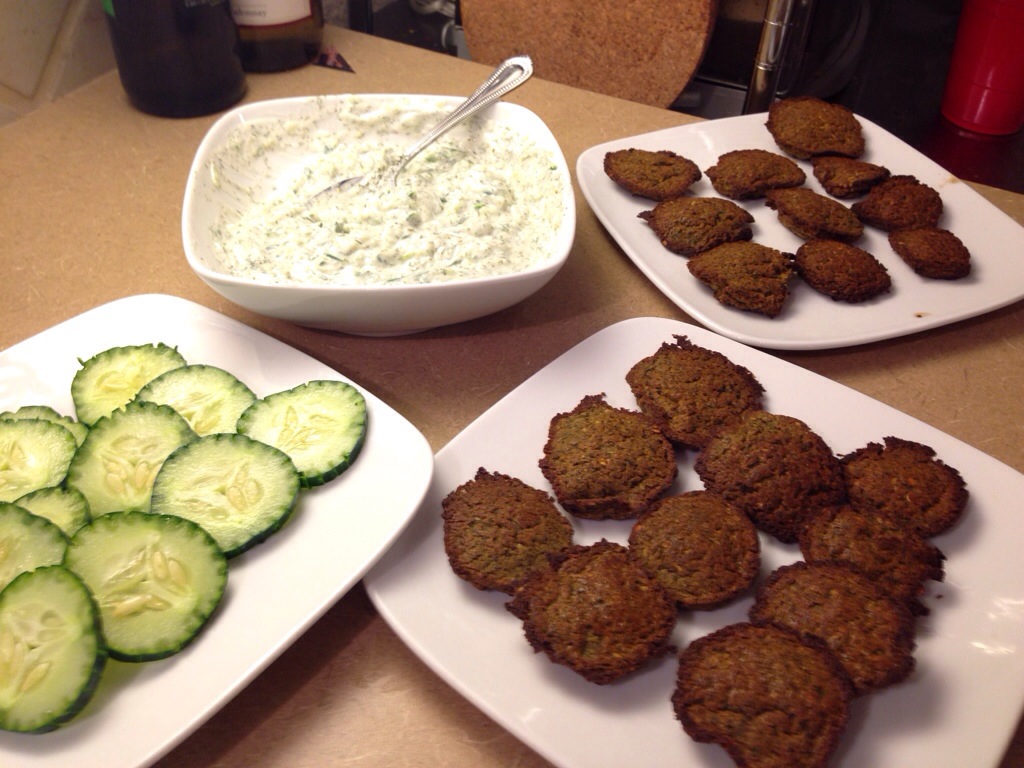 Meredith and Imade falafel. Actually, the dough was from 2013-09-18 that was frozen. It got a bit too warm in defrosting making them come out very flat and hard to shape well. It wasn't a big deal, but in the future, I need to remember to not let it get too hot in defrost.

Instead of my usual za'atar dip, Meredith made really good tzatziki. We used the food processor to grate the cucumber and then used the salad spinner to get a lot of liquid out. The salad spinner worked really well even though it's a junky spinner. At some point, we'll get a better one that would work even better.

She mixed them up and adjusted to taste. We also served it with sliced cucumber.