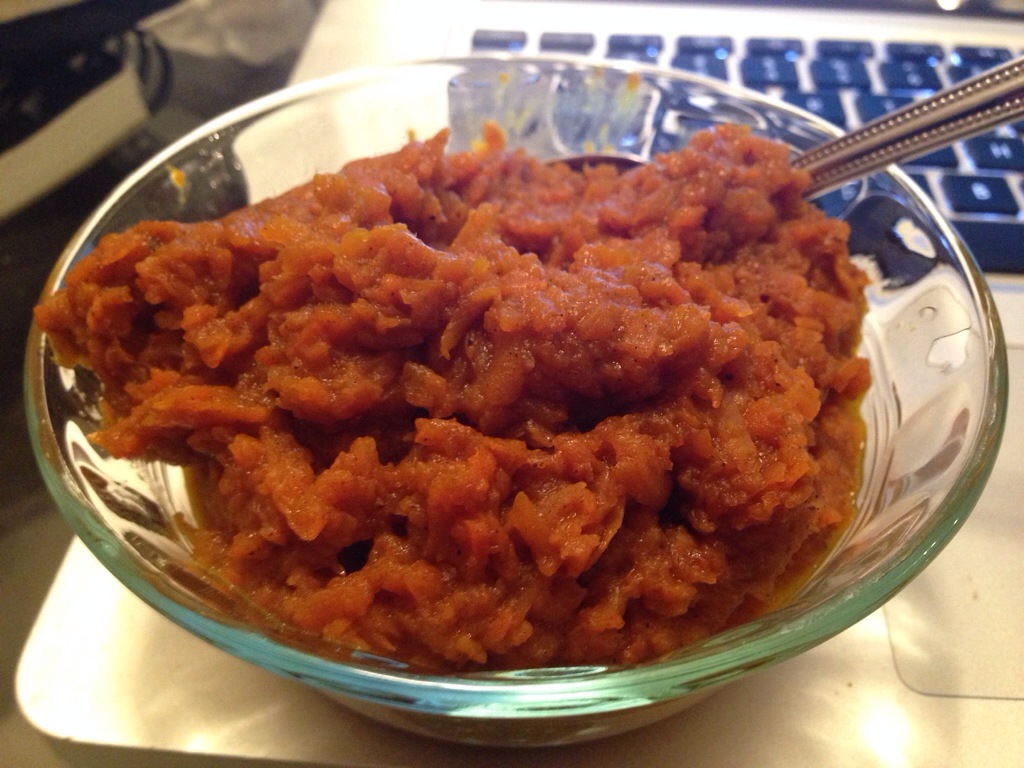 I made the carrot pudding but I made a few changes (despite it being in my "recipe book" -- oh well). I made the following changes:

Note for future, reduce liquid if I am going to go with shorter cook time.

I do not know if it was the shorter (12 min) pressure cook time, the whiskey, or the water-based release (or something else), but it came out very, very wet. Actually, I bet it was the release method. Steam release removes a lot of that liquid. Anyway, any benefit from the shorter pressure cook was quickly removed by the extra liquid. I had to let it simmer for a very, very long time to get to the right texture.

This time, the flavor had a bit of a fake taste. I know it is from the Splenda but I feel like it was more fake today. Also, I didn't taste the whiskey.

Things to consider for next time: