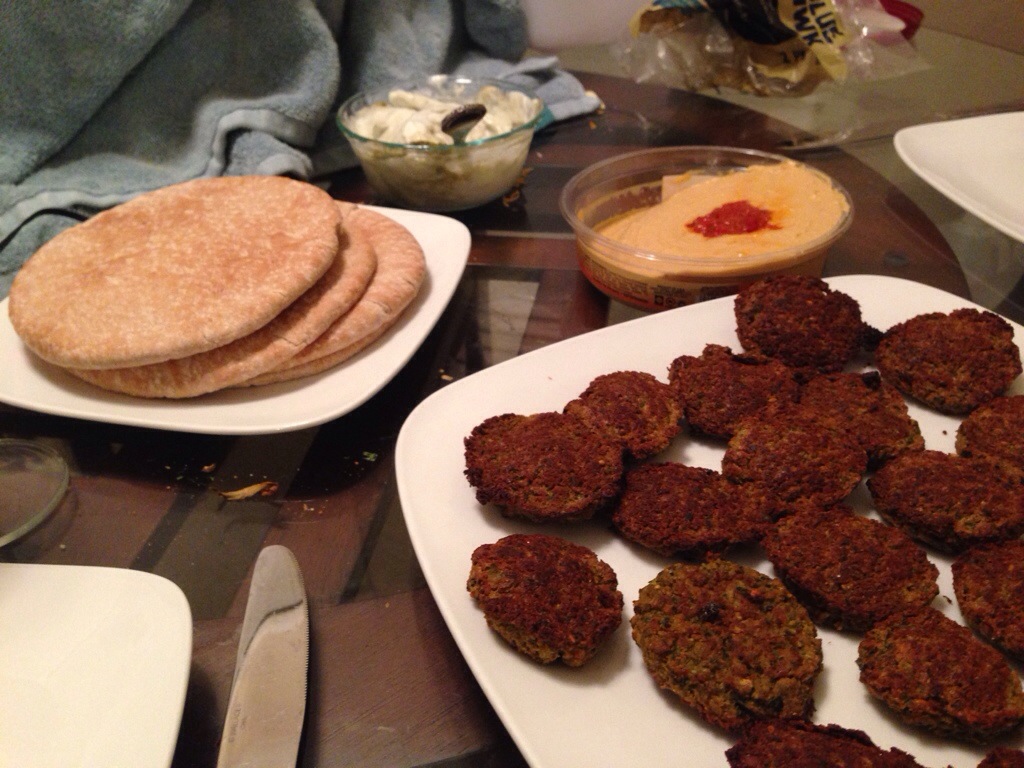 Manav wanted me to show him how to make falafel so we made this together. We followed the standard falafel recipe spretty much by the book. We made a double batch and cooked them both. The ones towards the bottom of the oven got more browned but both were fine.

We also made snickerdoodles following the recipe from last time. They mostly came out ok but were not consistently cooked. I moved the racks to the top of the oven but I don't think I left enough space. I staggered them when I put them in and one ones on the bottom shelf that had overlap cooked less than the others. So, when I left them in a bit longer, we got some browned ones. Next time, I need to leave more space between trays.

Also, we made 36 larger ones. We should make more smaller ones next time. It is better when they don't stick and when they are smaller. (FWIW, I also made Manav take most of them home!) 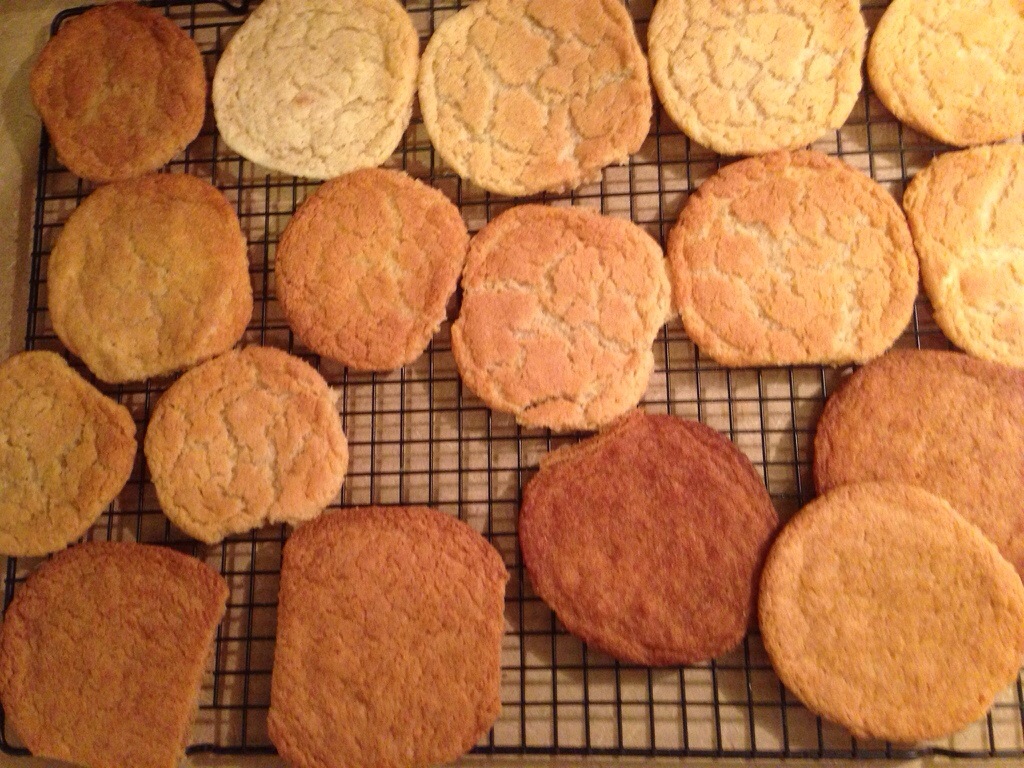