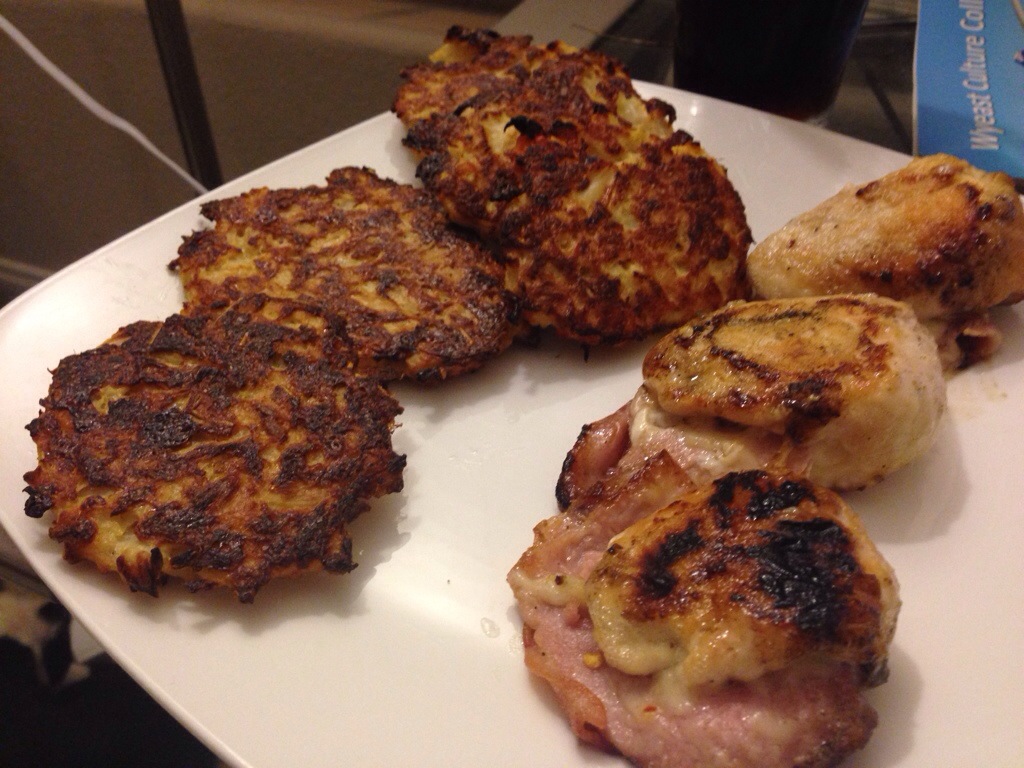 I made cauliflower fritters using my regular recipe/procedure. This was the first time I actually used feta and I liked it a lot. It gave a nice salty flavor and really made the fritters more interesting.

I also made something likeChicken Cordon Bleu. I took chicken tenders and pounded them somewhat thin (though I should have gone thinner. I then laid a small slice (~1/3 oz) of swiss cheese and then a slice of ham. I folded it over and pressed it together. I tossed it in a bit of flour that had been salt and peppered. I then cooked them in the cast iron pan. I had a few problems with the pan. Most notably, I was unsure of how hot it was and I think it was still too cool when I added them.

Also, since my meat thermometer died, I was not able to check the temp. This led me to overcook them. Still, a combination of the gooeyness of the cheese and the saltiness of the ham made it pretty flavorful. I would do them again. Or something like it.