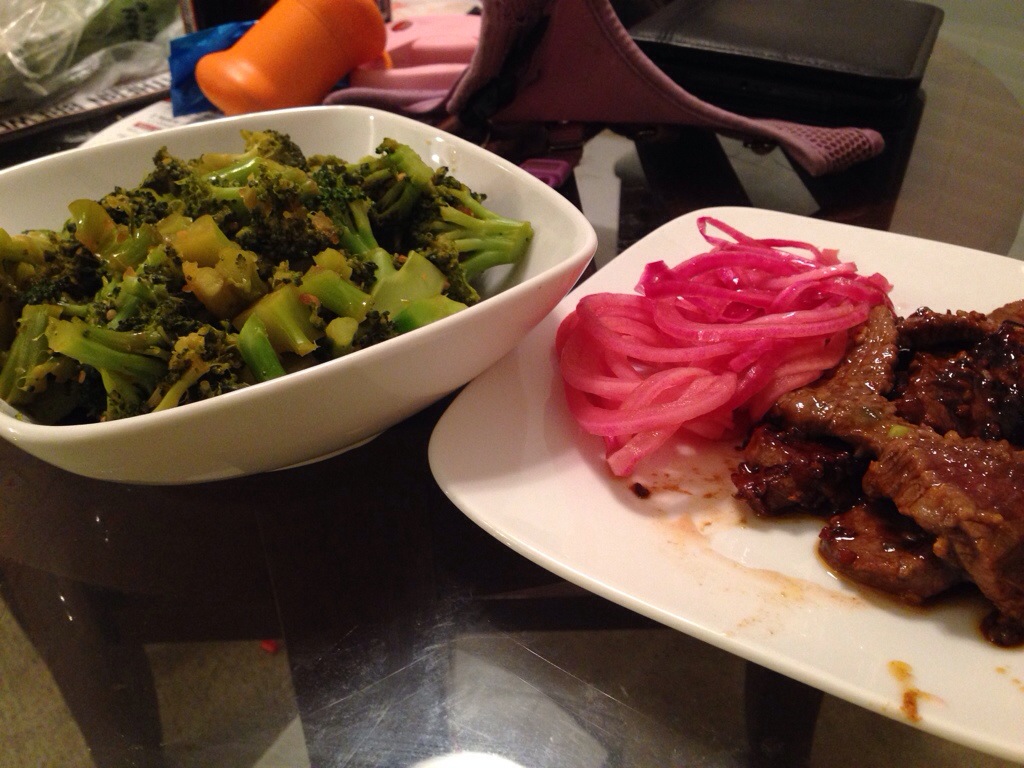 I made Beef Bulgogi based on the recipe below, but I made a bunch of changes. I will still include the recipe, but here are my changes:

I used tri-trip beef which had some more marbling and only 0.6 lbs. I froze it for 40 minutes to become easier to cut. I then thinly cut it. I marinated it overnight and cooked it on the cast iron pan. I deglazed with white wine and added that sauce

They were very, very good. Onepiece was not really cookedenough but the rest of very good. Maybe a bit salt, but still, it had lots of flavor. I would certainly do this again

I also tried to make stir-fry broccoli by first steaming it and then mixing it with a sauce of 1/4 cup Soy Vey and 2 Tbsp vineagr and 1 Tbsp sriracha. However, it was too wet and basically just cooked the crap out of it. The broccoli was good, but way over cooked.

Finally, I had pickled red onions. I made them based on the recipe below but I used regular salt instead of kosher salt. I used less but it was still too much. It was way too salty! I would definitely do it again but with_lots_ less salt

local copy -- password is the name of my dog, all lower case)

local copy-- password is the name of my dog, all lower case)