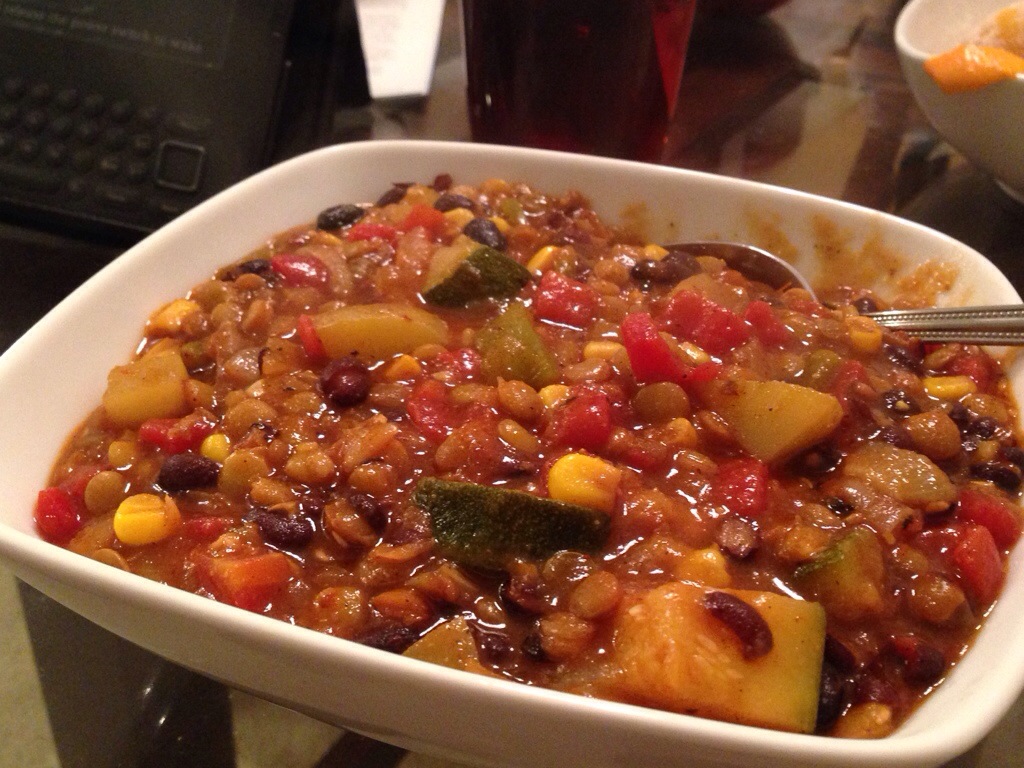 I made a lentil version of my normal taco stew. I did the normal recipe without the meat and Iseparate simmered 3/4 cup lentils in 1-1/2 cups water for about 10-15 minutes until it was mostly cooked. iI then added the lentils to the stew base.

I also added a big squeeze sriracha and a tiny bit of apple cider vinegar for some tang.

Oh, I also added a potato since I had them.