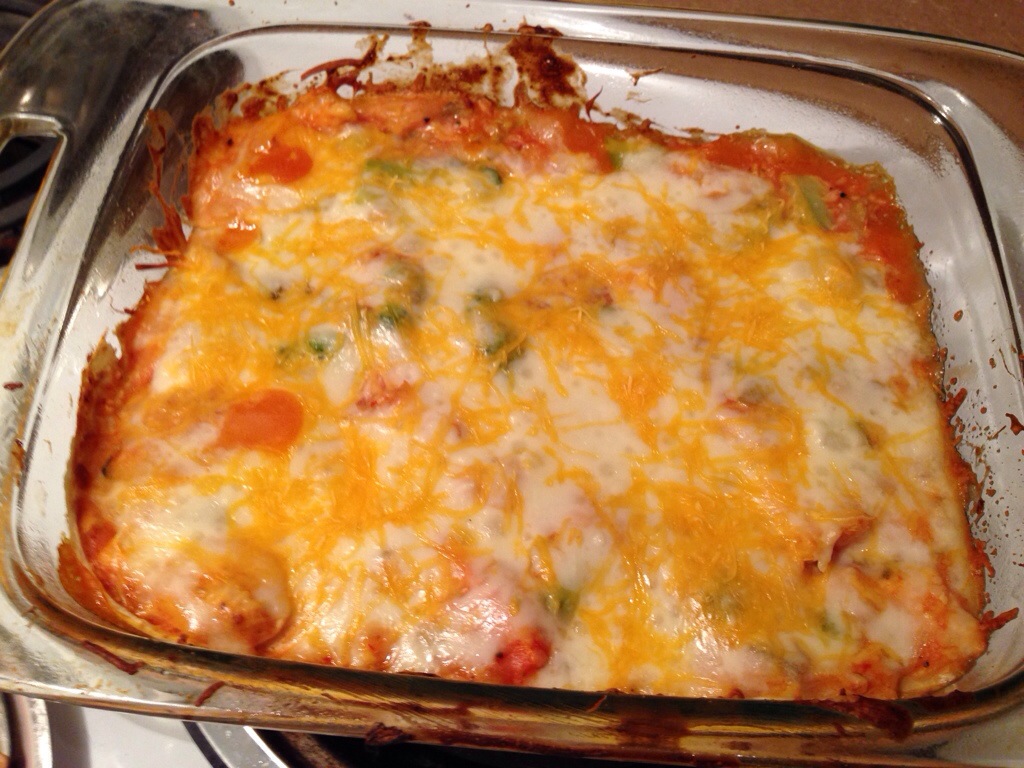 I made Chicken Enchilada Casserole. Meredith and I have done this a few times before with beef but this time I actually followed the recipe and used chicken. Also, I went heavy on the salsa. I also used frozen broccoli, carrots and water chestnuts. They were bigger pieces than, say, peas+corn+carrots but I wanted more veggies and something healthier.

I used canned chicken as the recipe suggests but I didn't love it. Canned chicken always tastes a bit too much like canned tuna to me. I would use it again in a pinch but I think I prefer beef or maybe shredded chicken next time.

Finally, I used flour tortillas. I used two medium-sized regular ones. They are 130 cal each which is kind of high but considering this may four medium-sized or three large servings, that still not too bad. I also used light instead of fat free cheese. (I'd rather have the extra calories with the better flavor). The first layer was mozzarella and the top was a mix of mozzarella and cheddar