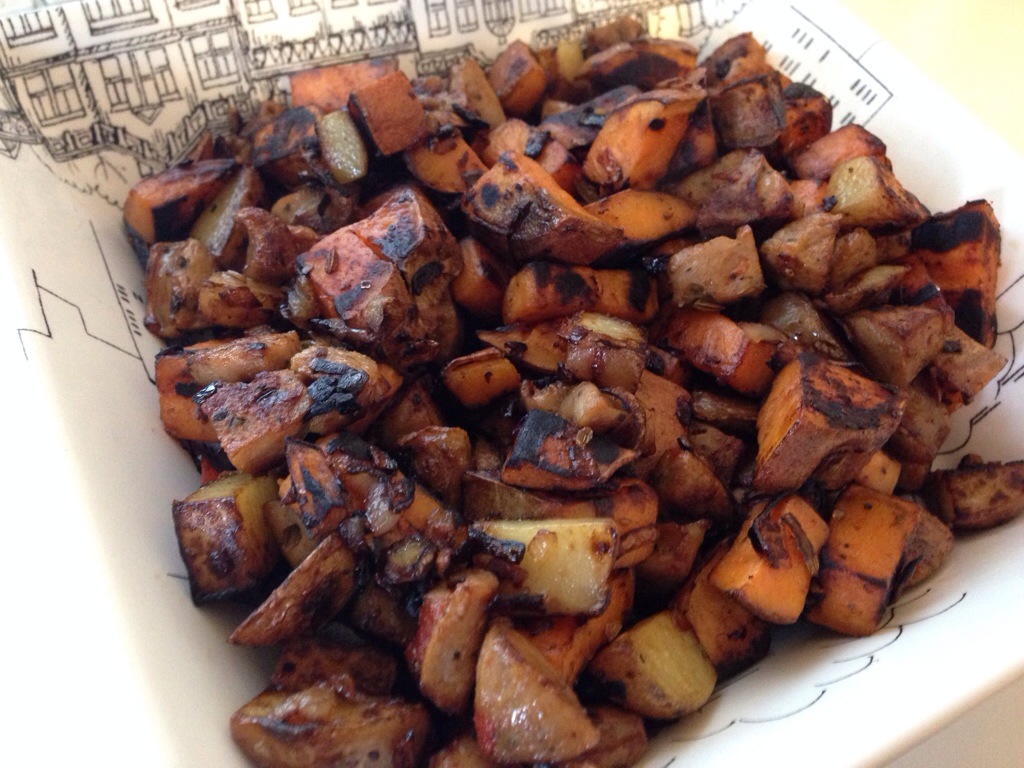 I had the other two links of sausage from the other day so I made a hash. I cut up two_tiny_ potatoes and a sweet potatoes and sauted them in a frying pan until they were about half way there. I then added chopped up sausage. At the same time, I sauted a whole bunch of shallot in a bit of olive oil (I didn't want it to burn with the potatoes). When the potatoes were almost done, I added the shallots, salt, pepper and tossed to combine.

It wasn't too fancy of a meal but it was still pretty good. Also pretty easy. Maybe a bit carb-heavy but not too bad I guess.