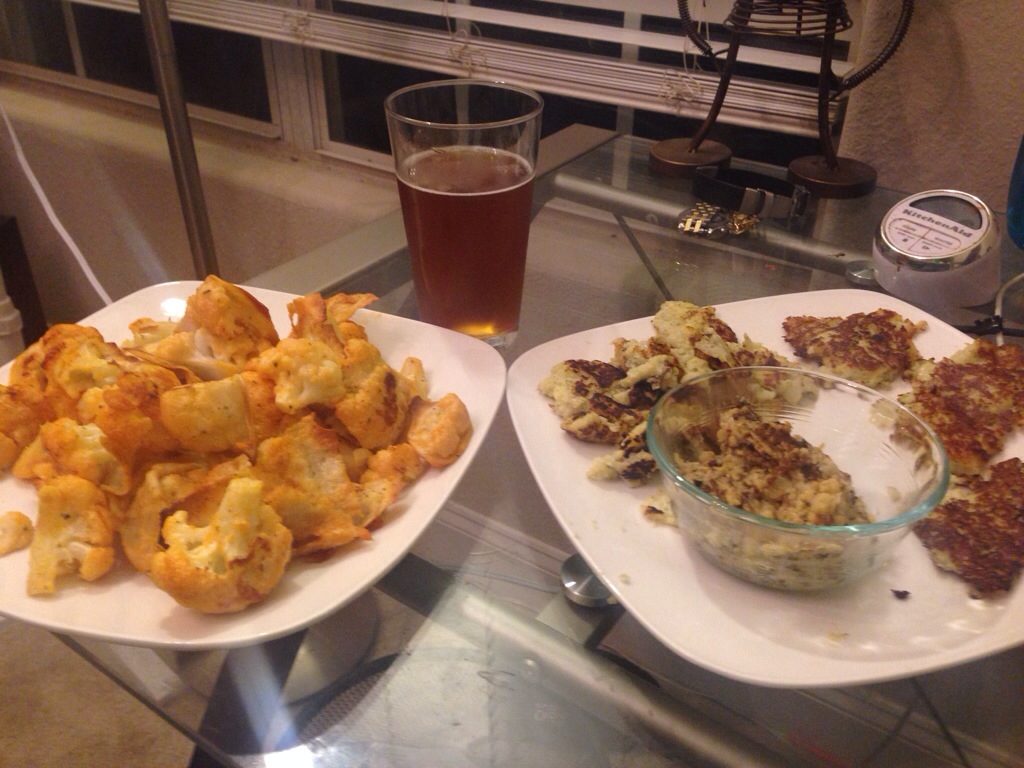 I started out making buffalo cauliflower. I made the batter with some ranch powder too (I've done this before but I only just added it to the recipe). Anyway, I made the batter too wet causing a lot to fall off and just cook the batter on the pan. It also didn't go very far so instead of making a second batch, I decided to play.

I steamed the remaining cauliflower and used the immersion blender and potato masher to mostly mash it with some chunks. I added the rest of the ranch powder, an egg, some flour, and other seasonings. I tried to make it like a pancake on the non-stick but it was just not really cooking and didn't flip well (Back left of the right picture). So I decided to pan-fry (more oil than sauté but not as much as really frying) it (back right of the right picture). This worked a little bit better but not much. It did have more flavor from the oil. Finally, I put the rest of the batter in the pan and I cooked it while moving it making a strange cooked cauliflower mush (bowl in right photo). Actually, that was pretty good. The ranch powder really helped with the flavor.

So, it was a strange meal but actually pretty good. Lots of food.