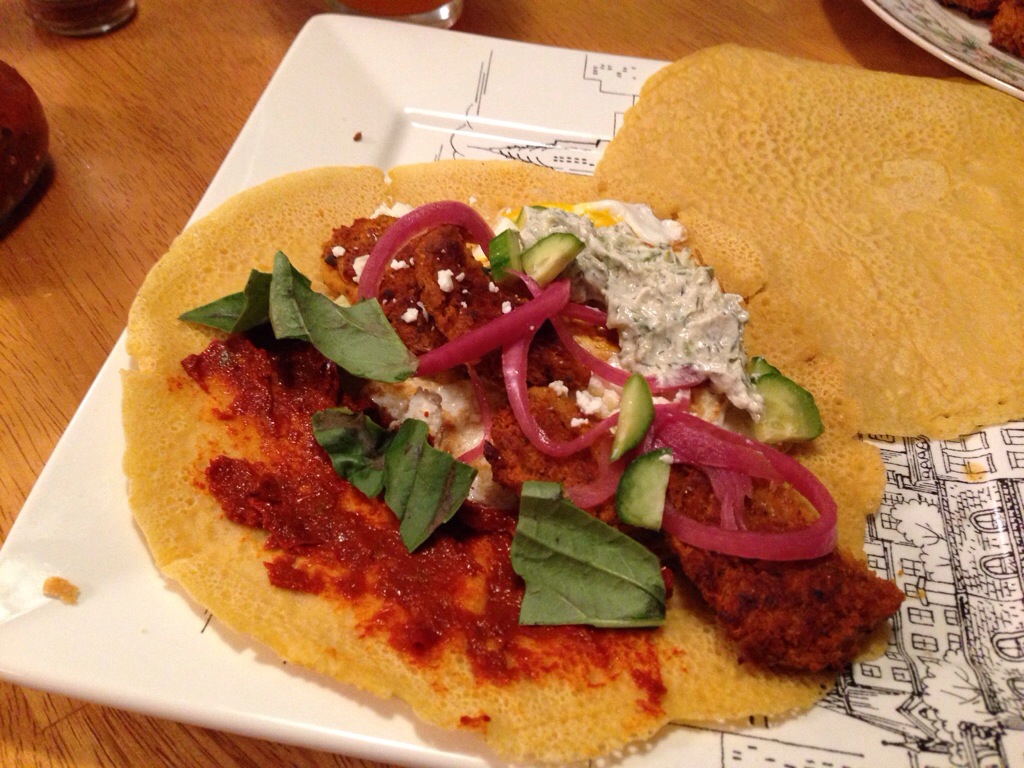 This was Meredith's idea and mostly her execution but I'll do my best to explain. We had socca (french chick-pea flour crepes) with all kinds of toppings inspired by a restaurant near us. I have my picture assembled. Here is everything we had. Note that everything was made by scratch:

So, it was a pretty easy and very pretty meal. We would certainly make it again!