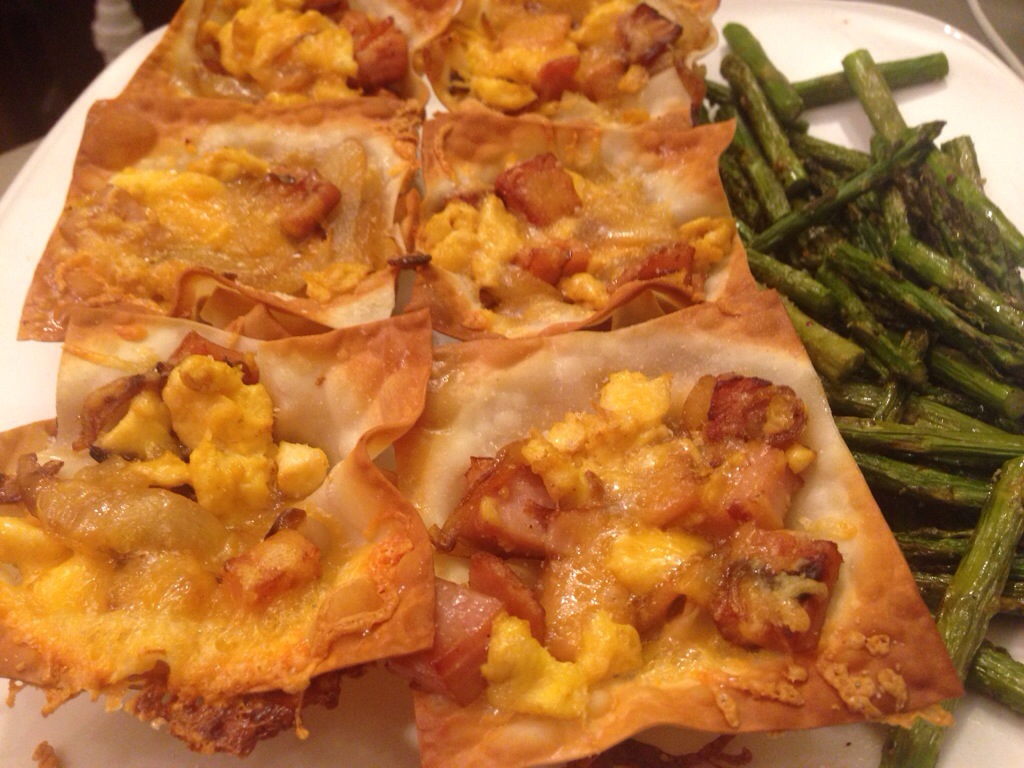 I made breakfast cupcakes for dinner using the regular method. For the filling, I started by sautéing half an onion and some canadian bacon (closer to ham than bacon). I then took that out of the pan and added 5 scrambled eggs. I combined them all and added it to the par-baked shells.

They came out pretty good. I overfilled the under layer and then didn't have enough for the top. And I forgot to salt the eggs but some salt at the end was enough.

I also made roasted(ish) asparagus. I usually do it at 425 for 10-15 minutes but I just did it at 350 for a bit longer and it worked fine. I liked chopping them into smaller pieces first since they get a bit stringy.

Edit/Update: (2014-01-24) As I think about it, I think this is an example where I could have cut calories/fat with half real eggs and half egg beaters. The flavors would have likely still been there. I'll do that next time