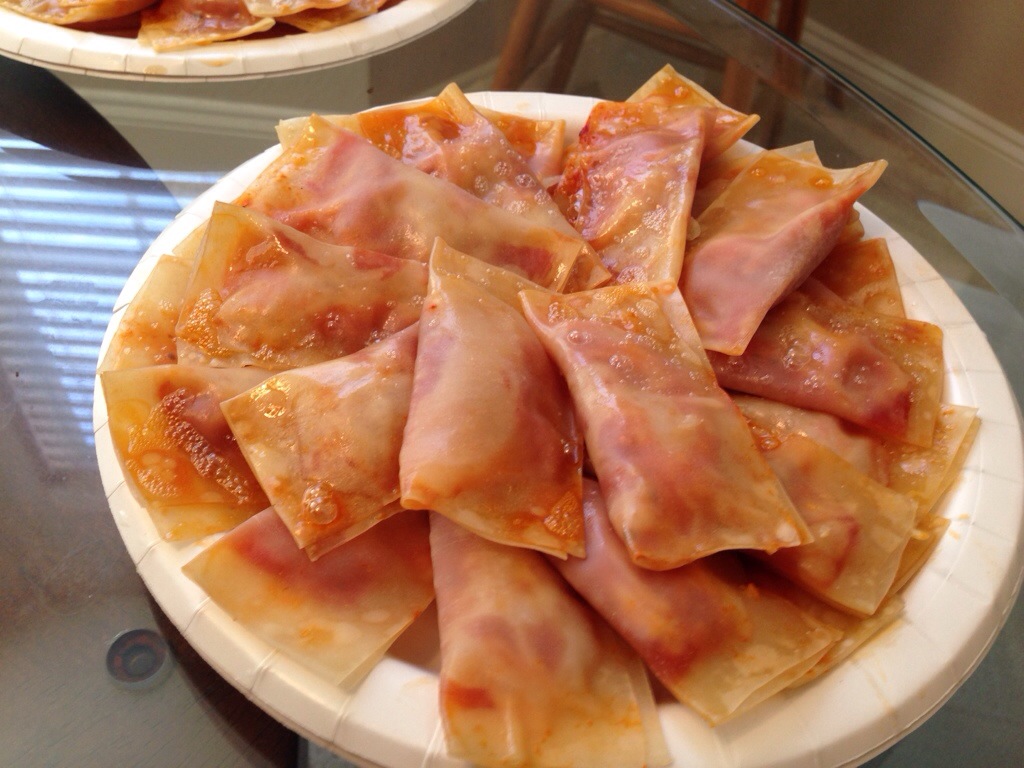 I made mini pizza rolls to take to a super bowl party. I started with a wonton wrapper, added two pepperoni halves, a bit of (canned) pizza sauce and then some cheese. I folded them and baked them for about 12 minutes.

They came out okay. Nothing amazing. It also didn't hurt that I tried a different brand of pepperoni and it sucked. It was so oily that I actually just tossed the extras. These were a lot of work and I do not think I would rush to do them again. I did make about 50 of them!

I also tried a new experiment. I really like how the wonton wrappers taste when they bake. They get crispy and are flavorful. They are just pasta so I tried something different. I par-cooked pasta, drained it, tossed it with olive oil and then I roasted them.They came out looking like raw dried pasta but a bit easier to eat. Certainly strange. I was inspired by fried spaghetti have had before.