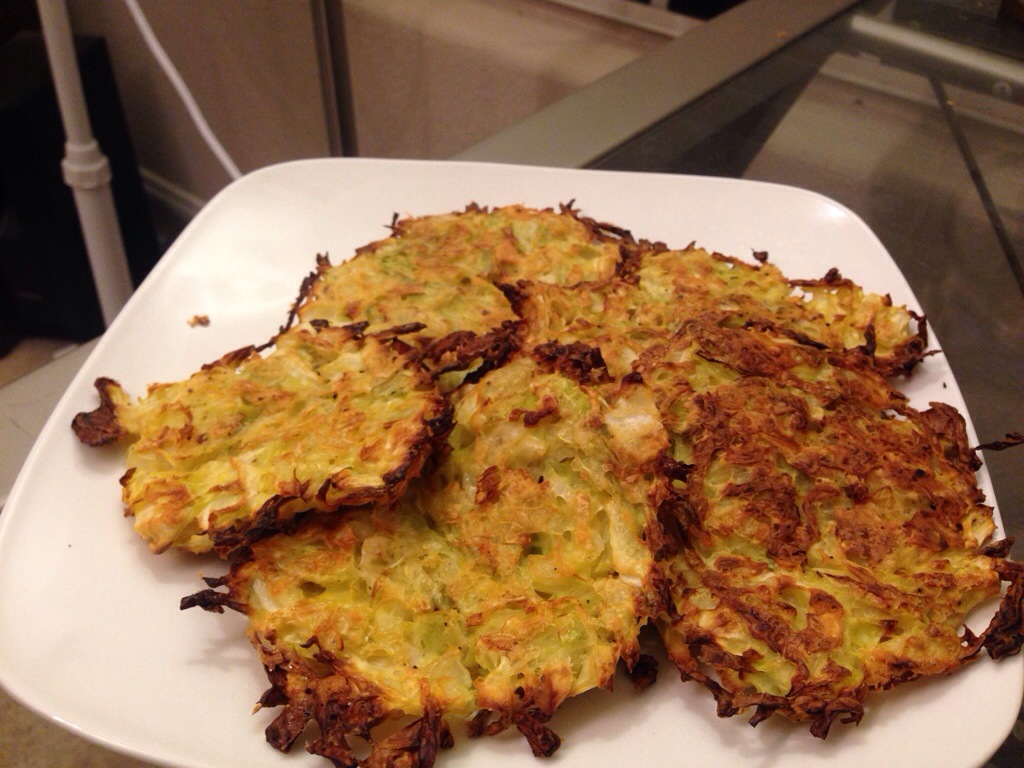 I made cabbage fritters based on zucchini and broccoli ones. It was actually closer to the zucchini as I used half an onion and I didn't use feta. Anyway,once I had sliced up just half a cabbage, I already had so much so I only used half. And then, through playing, I ended up with a whole cup of flour and 3 eggs. Plus some water. Mixing it was rather difficult but it finally kind of-sort of-maybe came together. I was able to form it and it cooked fine, though I let it go longer. I did 350 for 30 minutes or so, flipped and did another 30 minutes. I should have used a higher heat but they eventually cooked.

They actually tasted really good. I am not sure if it was the batter or the cabbage, but there was a nice subtle flavor. I would do it again but I'd be more prepared for (a) the amount of prep time and (b) the longer cook time.