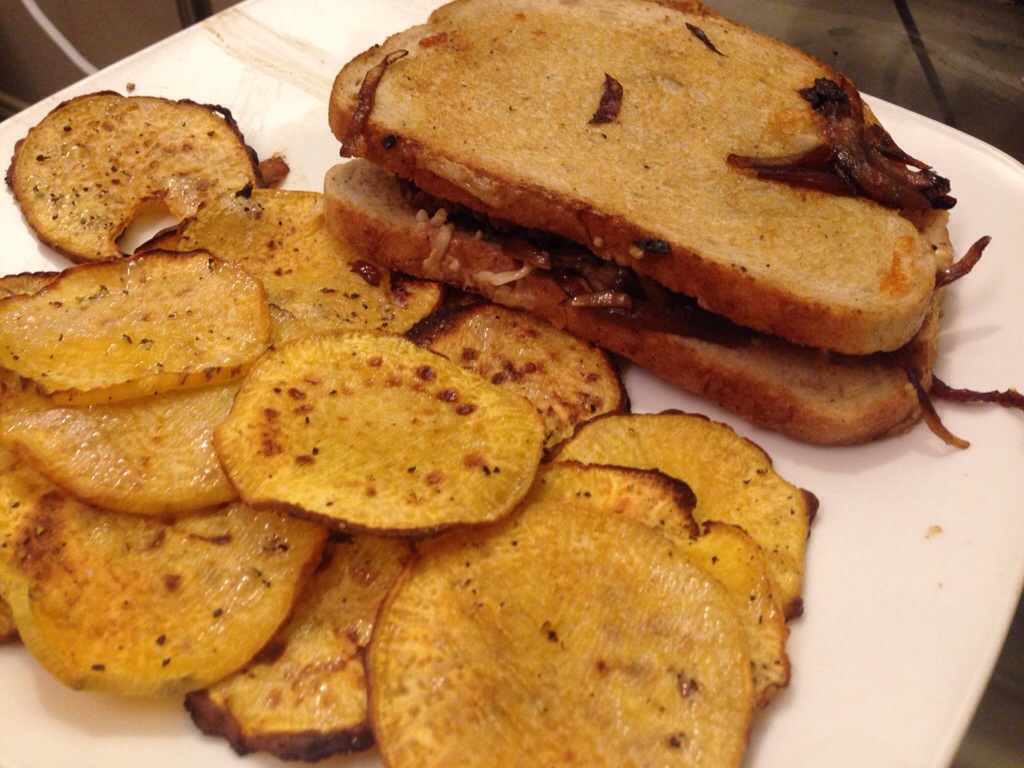 I made low-fat patty melts and rutabaga chips. To make the patty melts, I made two 1/3 lbs patties. After they were done, I sauted onions in the same pan. I kept having to deglaze with wine but it worked well enough. The onionsdidn't really caramelize too much but they had a lot of flavor. I then assembled with fat-free thousand island and a bit of shredded cheese. I spread Brummel and Brown "butter" on the outside of the bread and I tried to grill it. It worked better when everything was warm. (I had made lunch for the next day and refrigerated the stuff and then assembled dinner the next day). As you can see from the picture, it came out a bit messy. I was afraid of over-cooking the bread (I burned a slice the day before) and I was just having issues all around. Oh well, it still came out pretty good.

The rutabaga chips were also really good. I played with slice thickness and settled on the second-from-the-smallest 1/8"). I baked them at 425 for 30 minutes. I flipped them and did another 5. Unlike potatoes, these crisped up really nicely. I wouldn't say they were better since rutabaga has a very different flavor, but I liked them a lot. I will do it again! (note, I may be wrong about the times. I seem to have lost my notes so I am using the best of my recollection)