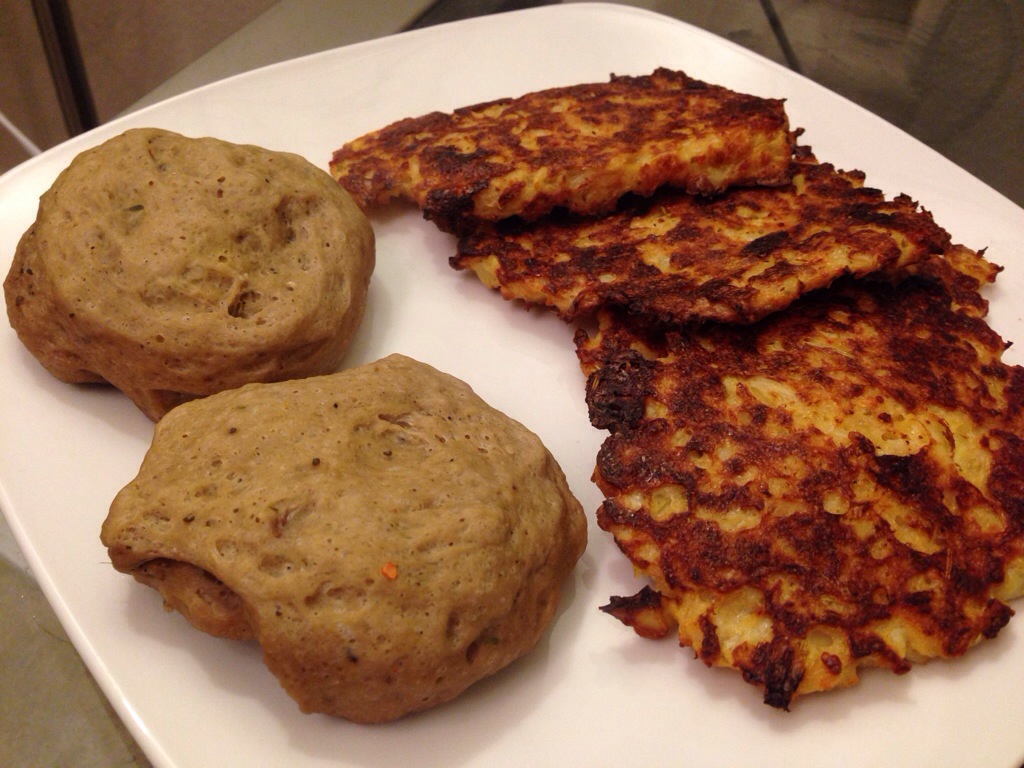 I made cauliflower fritters with the regular recipe with a bunch of feta, rosemary, paprika, and other seasonings. They came out a bit wet but I was afraid to cook them too much longer as I could smell the cheese melting. So, they were a tad undercooked but really, really good. The feta really adds a lot of flavor! And they are really easy!

I also tried seitan again. I tried to use the 1:1 ratio (by volume) but it really was too wet. I ended up adding extra gluten to make it more doughy. The ingredients (including the gluten are below). I cooked them in the pressure cooker (no aluminum foil) for 30 minutes (Time starts when steam vents, setting 2/10 to hold pressure). I combined the dry ingredients a bowl and the wet in a cup. I mixed them and then hand-kneaded for 5 minutes (timed!) Ididn't rest the dough. I keep reading mixed reviews on if that matters

They were better than last time but still not incredible. They were almost too light and fluffy. I think I need to increase the gluten. Also, I want to work out a measure by weight for both the water and the gluten