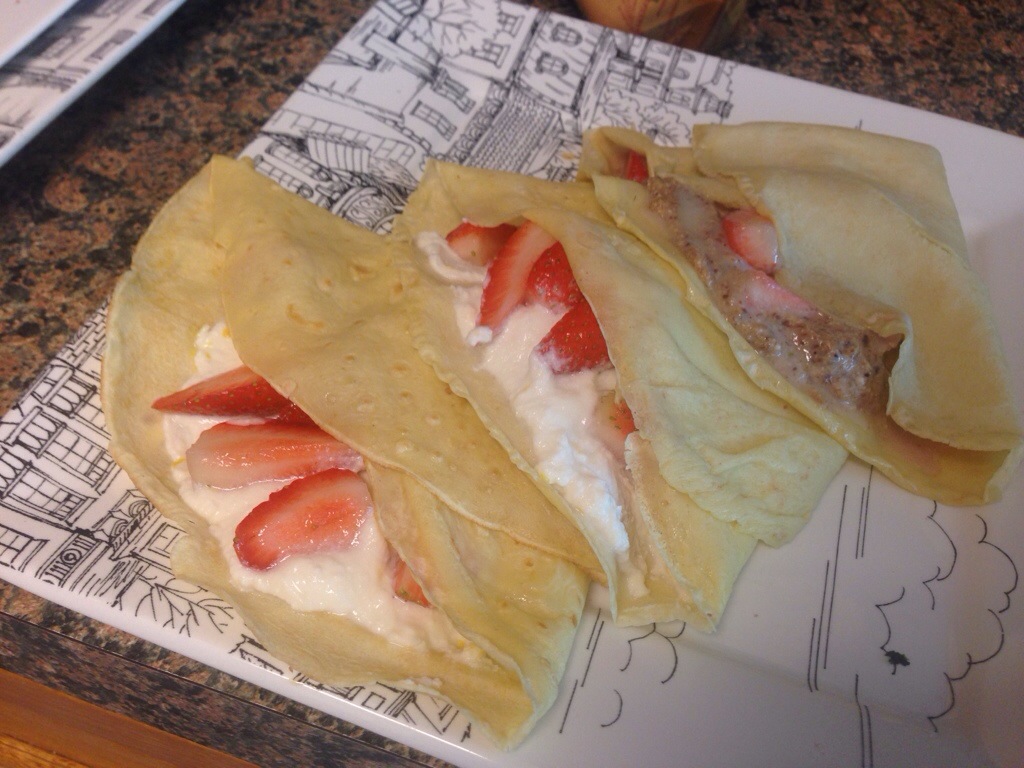 We made crepes for breakfast. I followed the recipe in my Ratio book. It basically called for 2:2:1 liquid:eggs:flour (by weight). or 1:1:(scant 1) for flour by volume. (Plus salt and optionally sugar).

I did almond milk, 4 eggs (it's suggestion) and a scant 1 cup flour.

Anyway, I mixed it all and let it sit for about 40 minutes. There were still some flour clumps but it worked pretty well. I kept having some trouble flipping and/or spreading them but they eventually came out. I lost a few but we just ate them without filling. Honestly, I thought it tasted a bit eggy. I wish I had read around because I have since found Alton Brown's which use less egg but more liquid. His isn't as pliable with the liquid choice but I think I would use this as a jumping-off point for next time and I'll modify the liquids as I see fit.

Anyway, I made savory crepes that had scrambled eggs, thick-cut bacon and a bit of Meredith's harrissa. Plus salt and pepper. Meredith made sweet crepes. She made two "sauces" out of part-skim ricotta. One had powdered sugar and lemon zest while the other was TJ's fig butter. And she macerated strawberries. We tried a tiny bit of sweetened condensed milk on a few but it wasn't as good as we had hoped.

I folded mine like a burrito which worked fine but I like how Meredith's looked better. She put all of the toppings on a corner and then folded it into a triangle.

I want to explore making other types of crepes by modifying the recipe and fillings. We will see what I come up with. 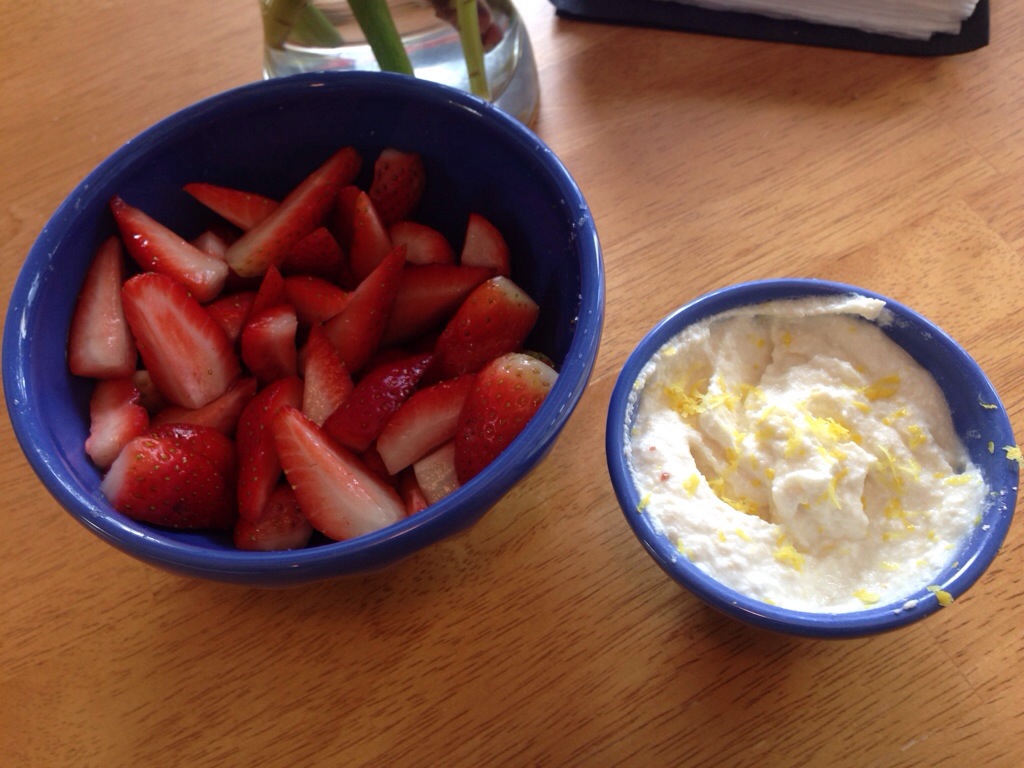 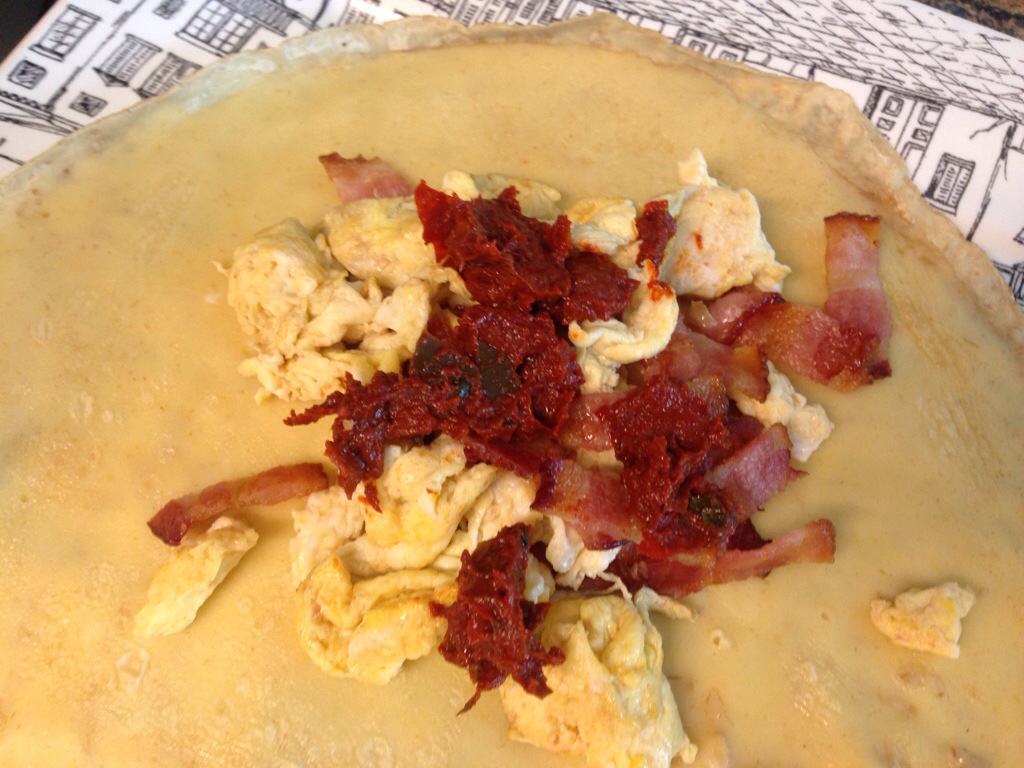 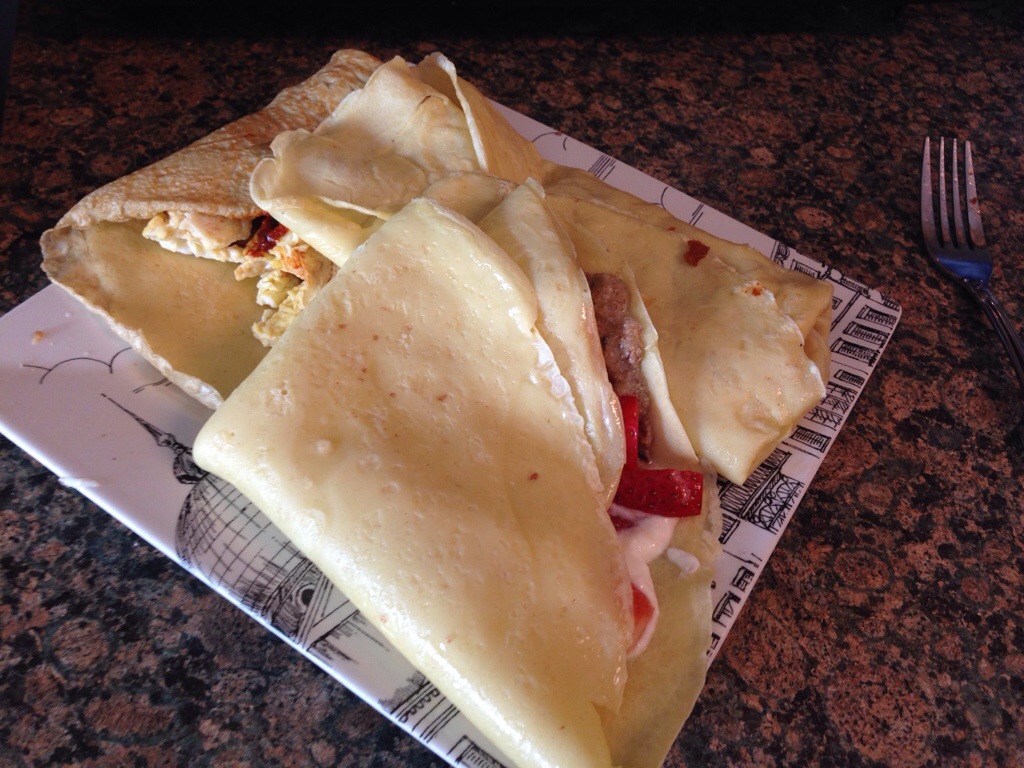