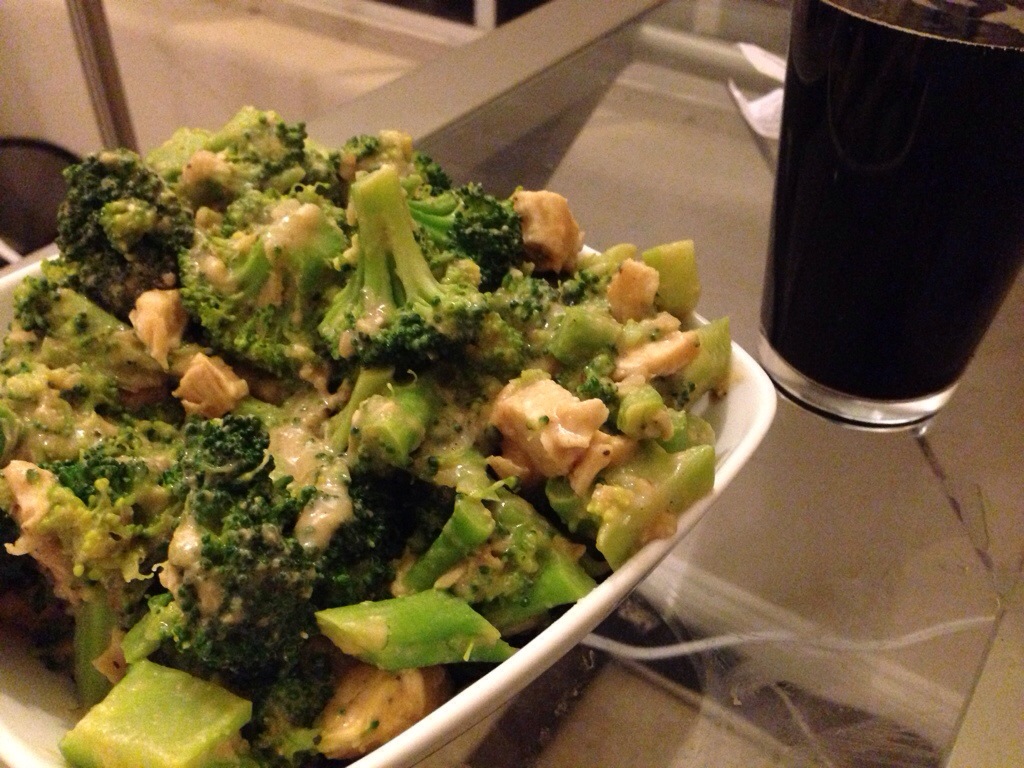 I wanted to make broccoli and chicken in a "cream" sauce but I didn't want the calories. I decided to try to make a sauce with white beans to thicken. I also wanted to add a bit of bourbon to the sauce since I had a cream sauce earlier with dramboie which was really good. I read a bunch of different recipes and settled on doing the following for two servings:

I deglazed the pan as they were done, added a bit of oil and cooked up

When they were cooked, I added

I cooked it for a bit and moved it to a container and immersion blended it (It wasn't deep enough in the pan). I then added

Meanwhile I chopped and steamed about

I sliced the chicken* and combined it all together.

*When I sliced the chicken, I found it was not as cooked as i thought so I sauted it, sliced, in aseparate pan to cook fully.

Overall, the flavor was a bit strange. It had a slight grittiness that could have been from the beans, though maybe form the corn starch. The coconut part of the almond-coconut milk gave it a slightly curry-esque flavor too. Overall, it was not amazing but not awful either. I would certainly try it again and try to improve upon it. I do really like the idea of the white-bean cream sauce since it give it a lot of protein without using real cream. And it is a very filling meal without a ton of calories. The color was also a bit strange but it is hard to see from the photo