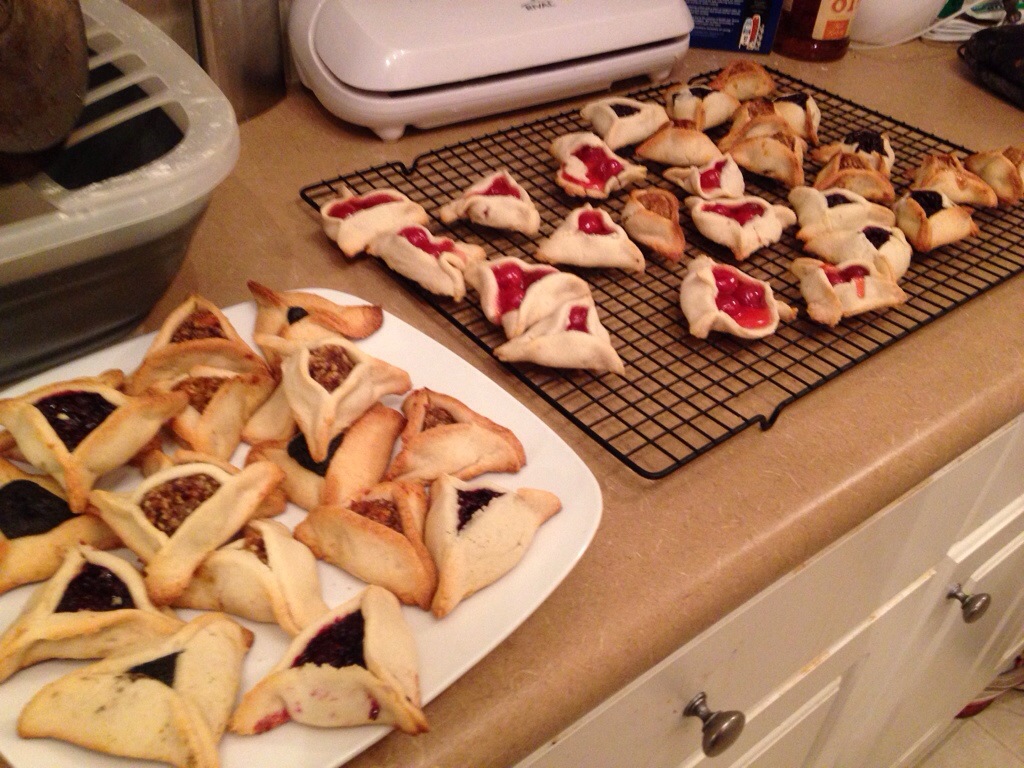 Meredith and I made hamentashen to celebrate Purim.

We used my dad's dough recipe except we used coconut oil instead of butter. We used the extra-virgin kind to still give it a coconut flavor. (We used the TJ's brand). Anyway, different web sites suggest different ways to use it. Commenters of this Kitchn Post say to use 1:1 for volume. This StackExchange post says that butter is 80% fat whereas coconut oil is 100% so compensate accordingly. Coconut Oil Online says it is roughly 92% by weight of butter. I went with the latter since it seemed like a good mix. It follows The Kitchn's volume advice and is easy to do by weight. Two sticks of butter is 1/2 lbs ~= 227 grams so I used 209 grams.

We refrigerated it first to make sure it was solid (melts at 76F). I then creamed it as the recipe said. I was afraid of it getting too warm and melting so I stopped a bit early. This was a mistake as I found a few (some rather large) chunks of coconut oil in the dough when I was rolling it out. It was still very good so clearly either the dough was forgiving or it was the right amount of fat.

As per the suggestion on the page, I chilled the dough after it was made (about an hour). I do not have any experience with the original butter version but this was really, really hard to work with when that cold. It would crack and be hard to spread. I found that the second rolling where it was warmer was easier so I took the rest of the fridge. That helped a lot.

The dough held up very well. As you can see from the various photos, most held their shape well. It had a good crumb and almost reminded me of short-bread. Plus, you could really taste the coconut flavor which I_really_ liked!

On the note of the dough, I found 18 minutes was the right amount of time to bake them!

2014-03-18 Note: I had a few later and they were cold from being outside. The coconut flavor_really_ showed through when they were cold!

We made quite an assortment of fillings as noted below. We did run out so we resorted to some no-sugar-added cherry pie filling. However, that wasn't very good so we eventually stopped and just made cookies.

The other fillings are noted below

Took a large handful of blanched almonds and a bit of cardamom. I used the magic bullet to finely chop it and then I mixed in a large dollup of Trader Joes Fig Butter. I may have used a_bit_ too much cardamom but the filling was very good. This was my favorite!

Similar to the above but with pecans and coconut flakes finely chopped. I then mixed in Trader Joe's Mango Butter. A bit on the sweet side but it held up well and was different

This was Meredith's creation. First, she used the blender to combine about a 1/2 tsp of dried lavender buds with 1 tbsp sugar. She then cook 2 small (1/2 pint I think) containers of berries on the stove with 2 Tbsp water. As it cooked down she added 2 more Tbsp sugar. Towards the end , she mixed 1 Tbsp corn starch with the lavender sugar and added that. There wasn't enough lavender flavor so we crushed another 1/2 tsp of lavender and added it. The lavender flavor didn't come through as much until it cooled but then you could really taste it.

I was worried it wouldn't be thick enough to hold up but I was wrong. It worked out really well and was a nice (new) filing. We will make this again and use it for other things!

Meredith had this idea before I had read that halva was sometimes used as filling. We 3 Tbsp toasted black sesame seeds (not an easy thing to do because you cannot tell when toasted by looking at them) and then we ground them in the Magic Bullet until the released their oils and became like a paste. Then we added 2 Tbsp of honey and blended.

This worked out well even though it looked like tar filling. Unfortunately, there wasn't much. We only got 4 cookies out of it. We'll use more next time. It really did have the taste of Sesame Halva though!

I had these leftover from a while ago and I managed to not eat them (I put a sign on them that says "NO" so I don't!). I finned a few with either a mixture of the two, just health, or with heath on the others. They didn't really work. You can see in some photos that they drooped. I did use them to top the cookies at the end.

The fruit butters plus nuts really worked well. I would expand that with others. Maybe pumpkin butter! Or apple butter. Also, maple bacon filling would be interesting but probably sacrilege

Some general notes we figured:

Below are a bunch of photos: 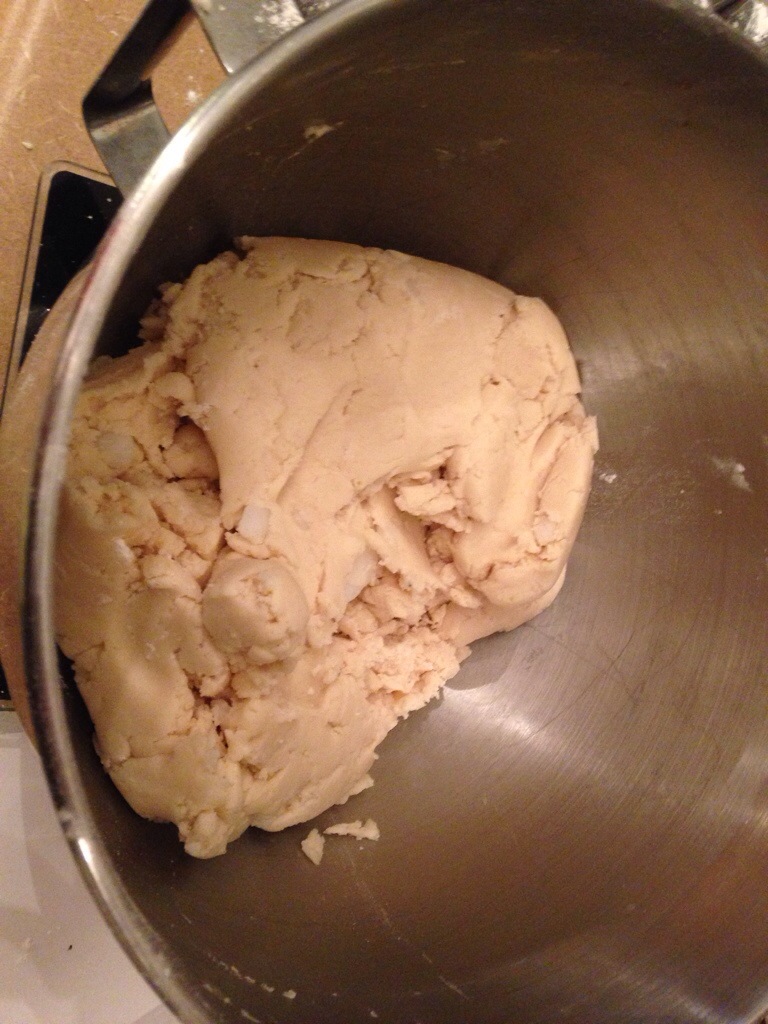 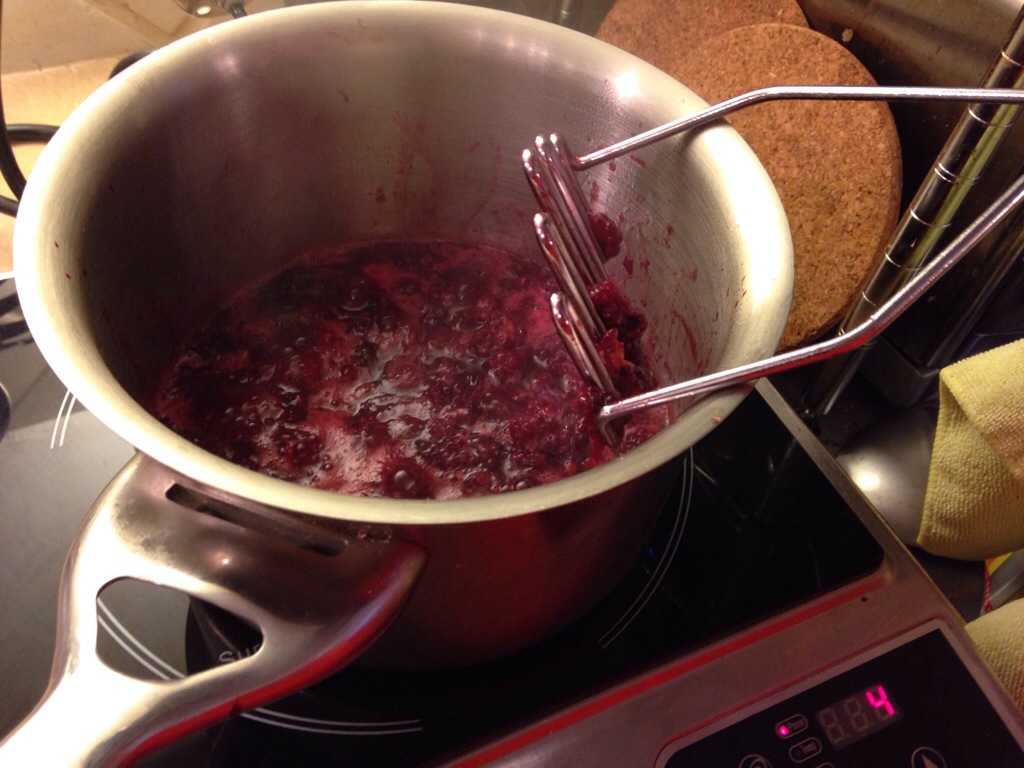 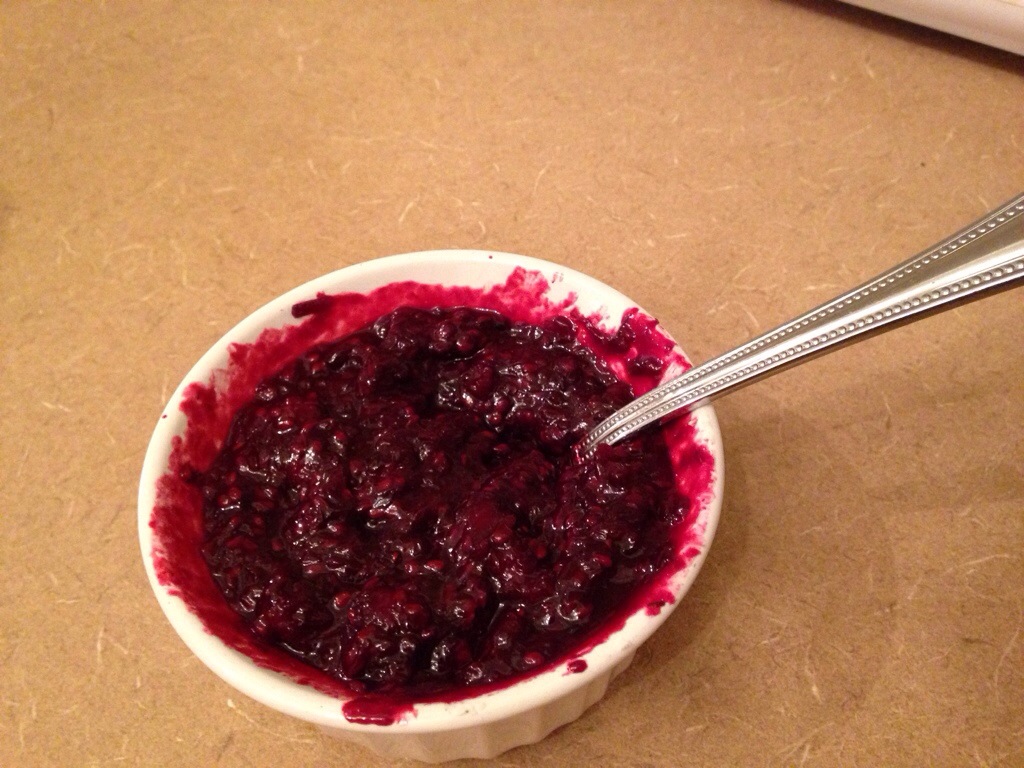 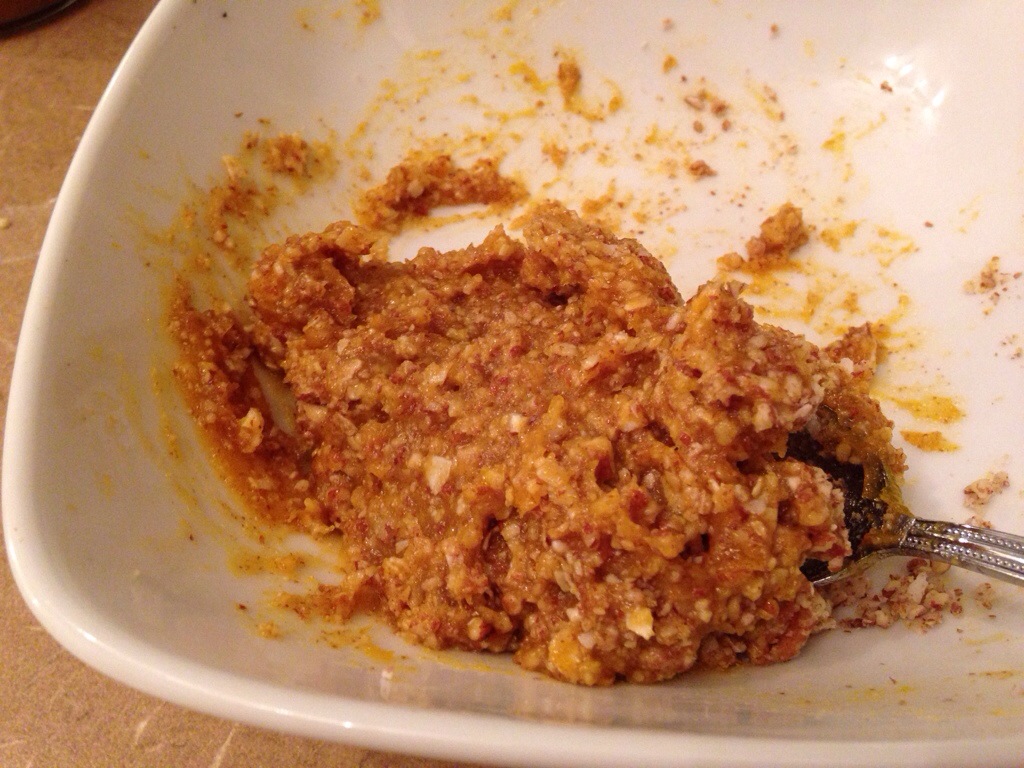 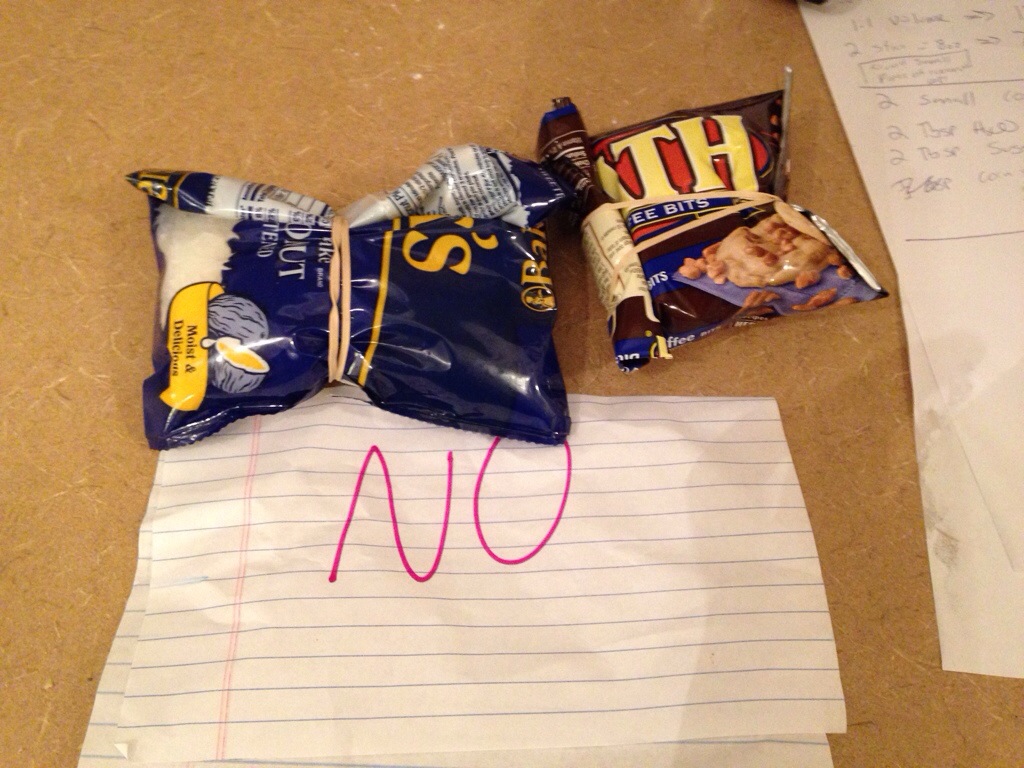 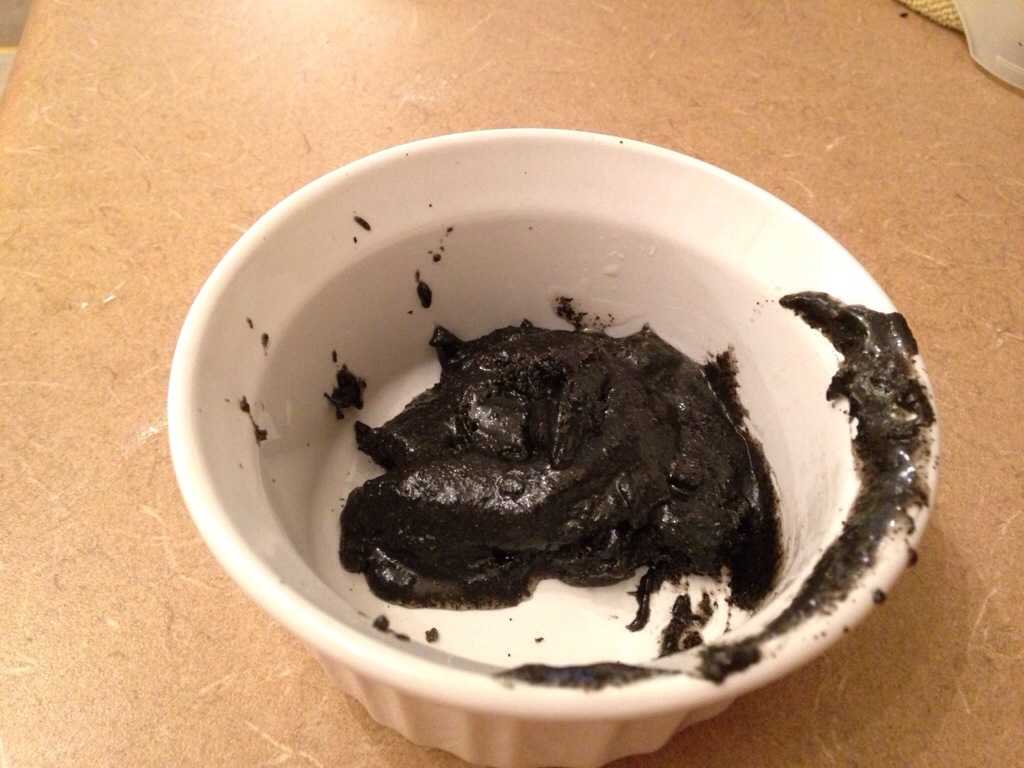 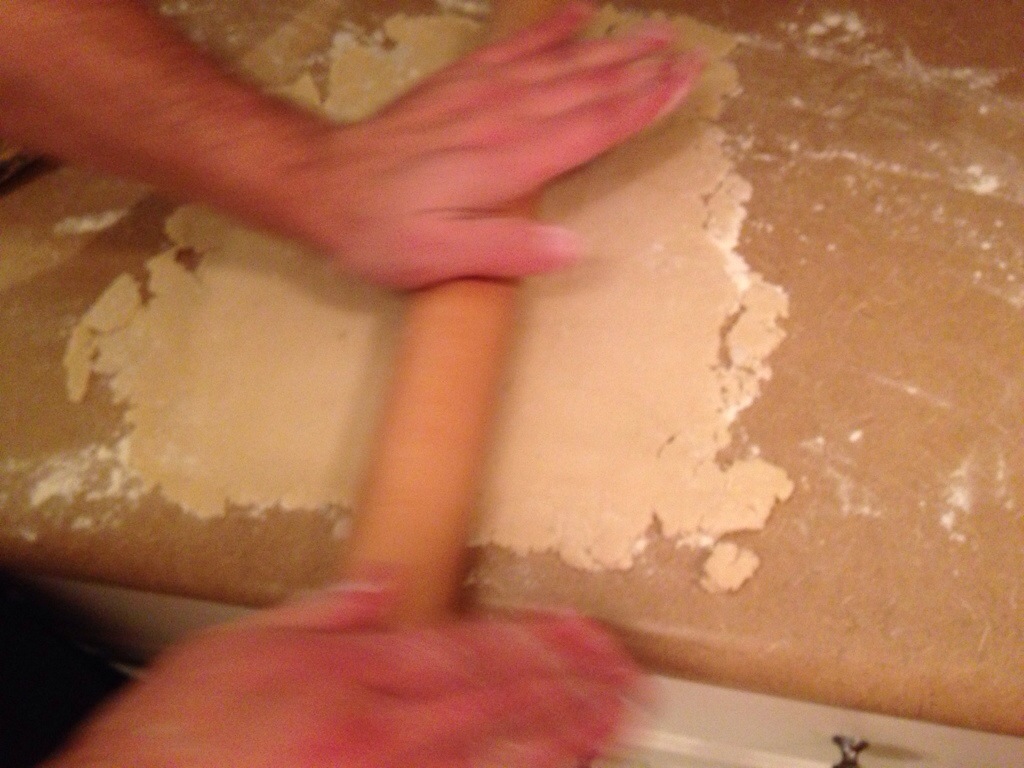 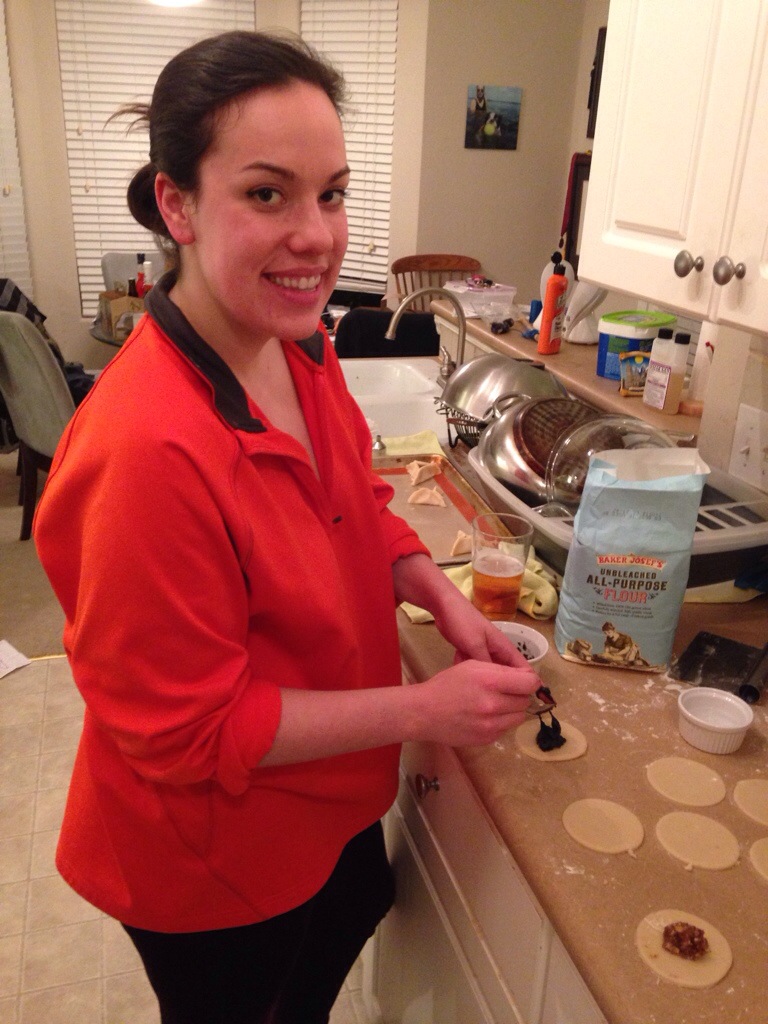 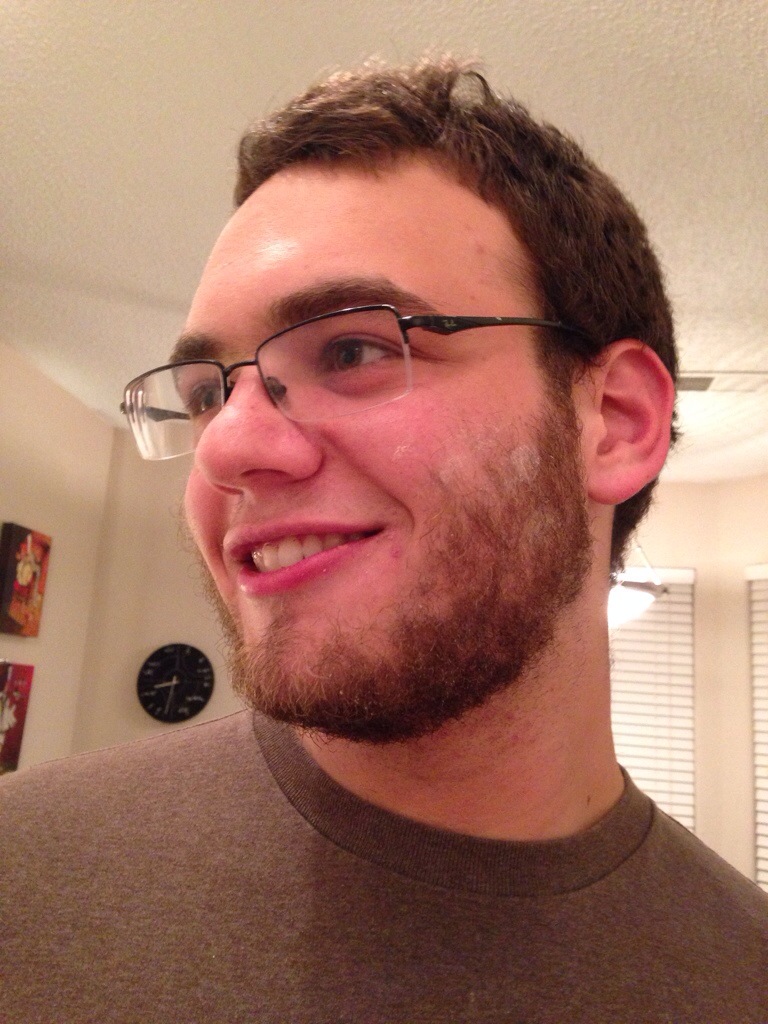 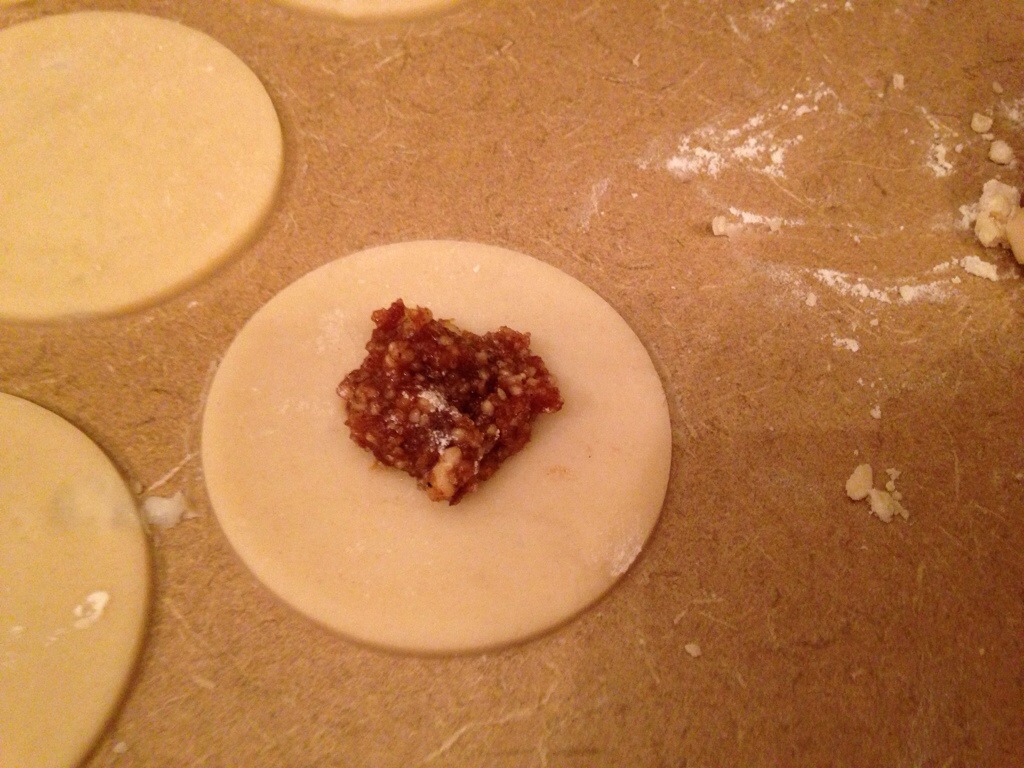 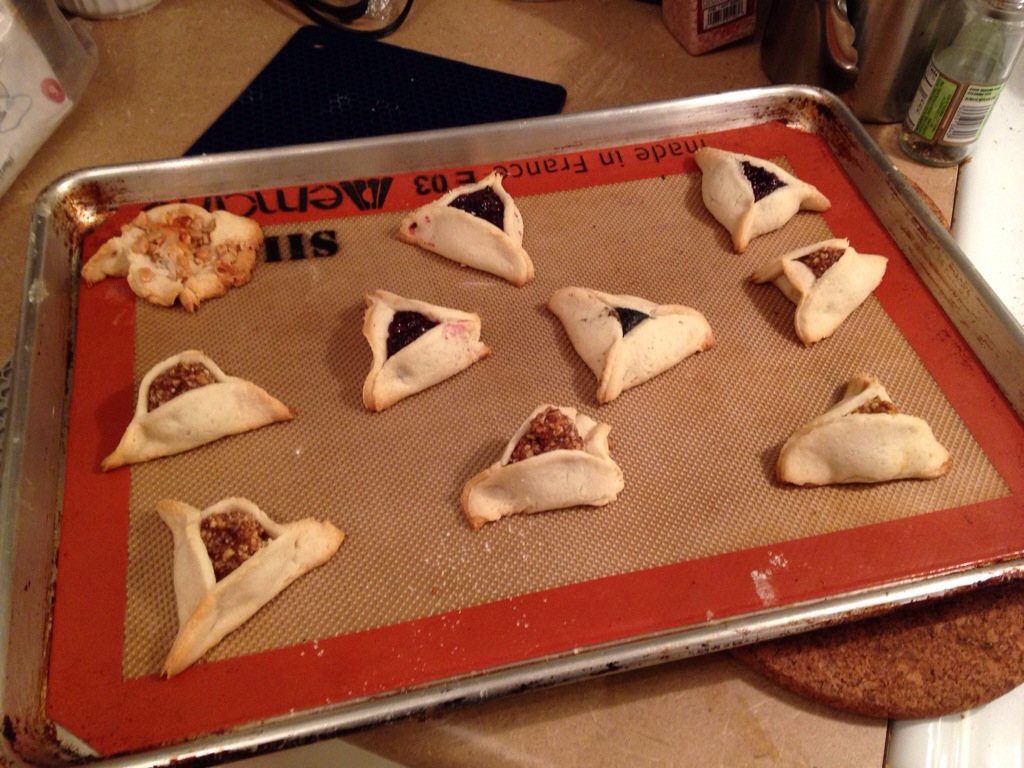 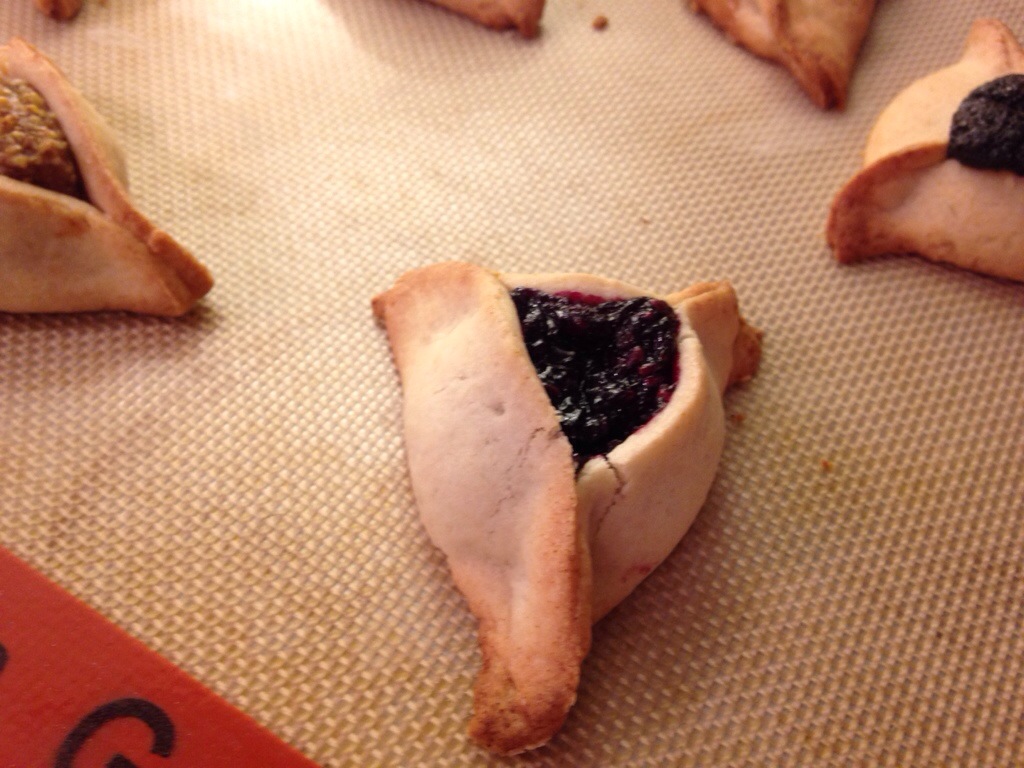 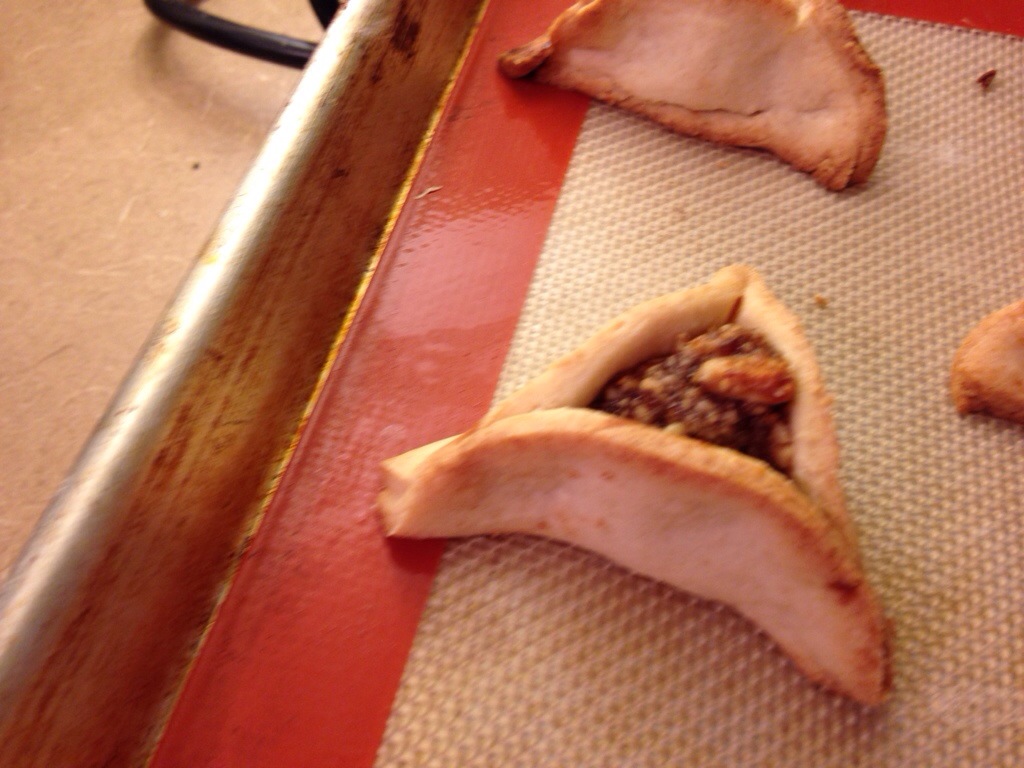 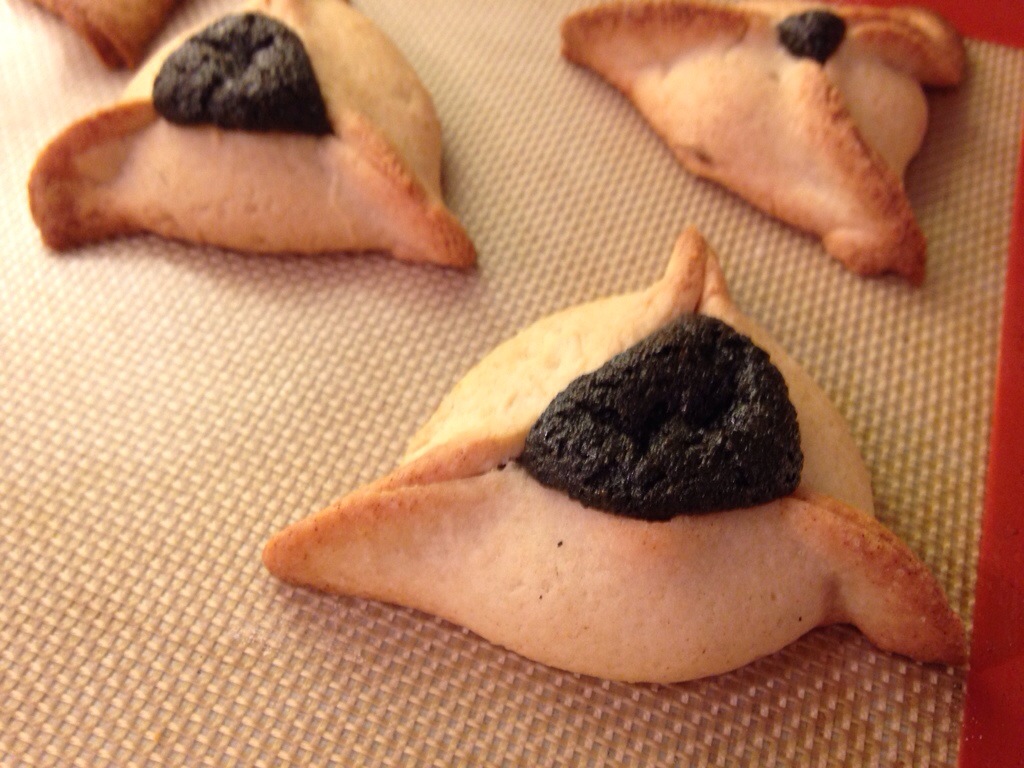 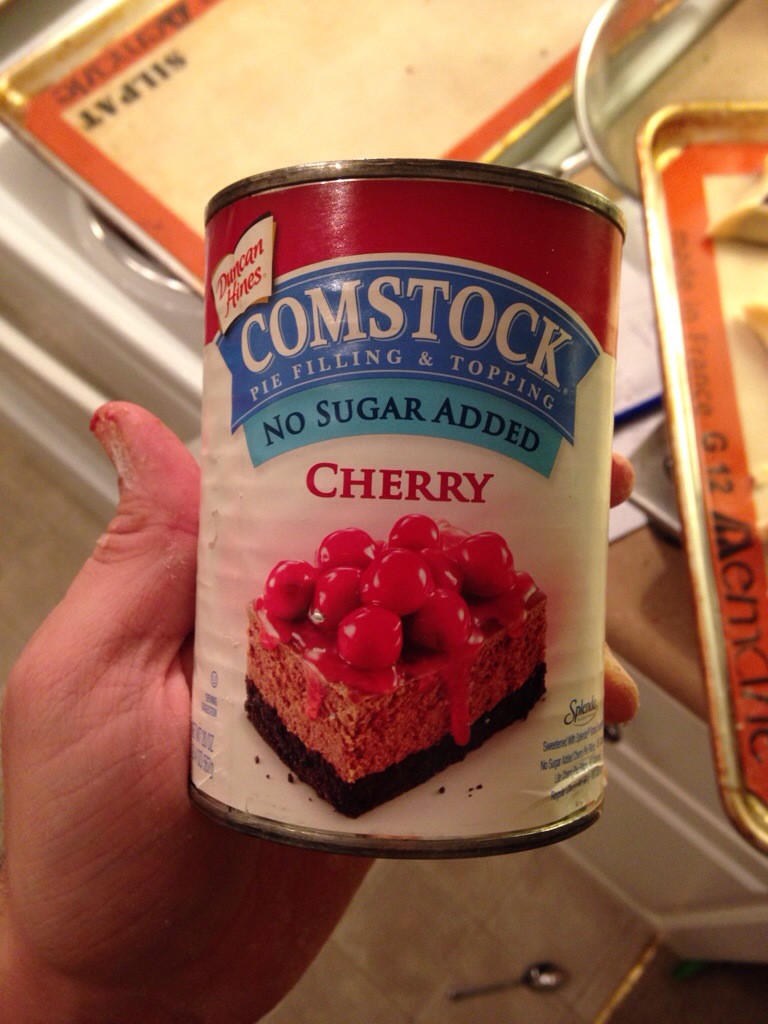 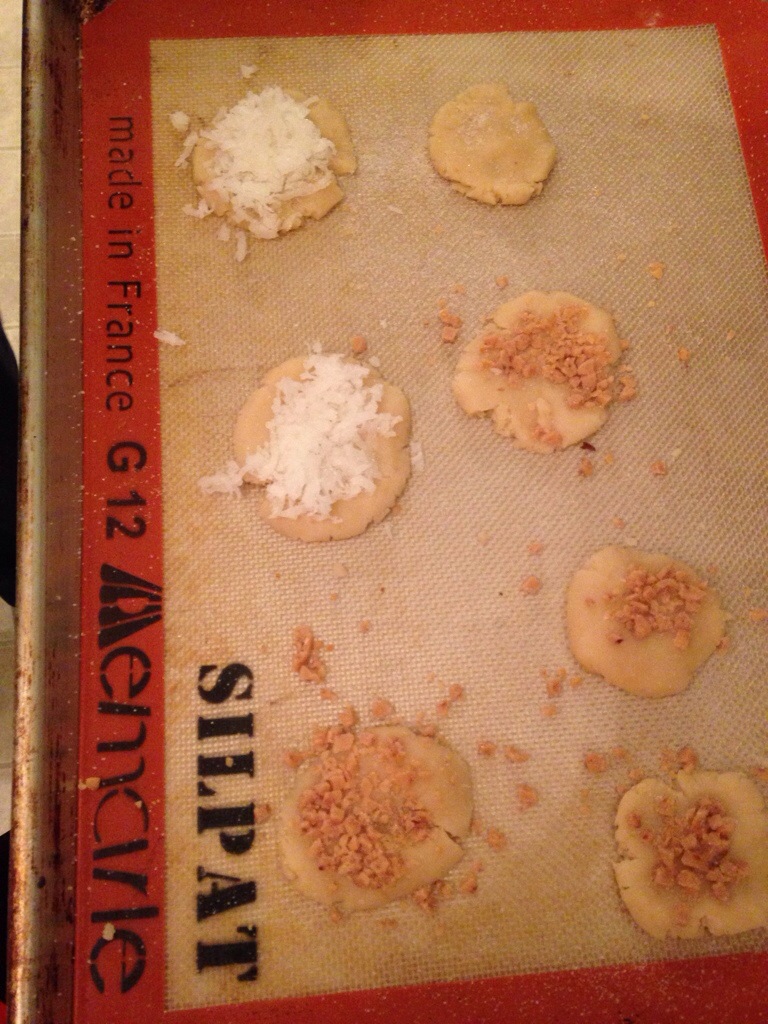