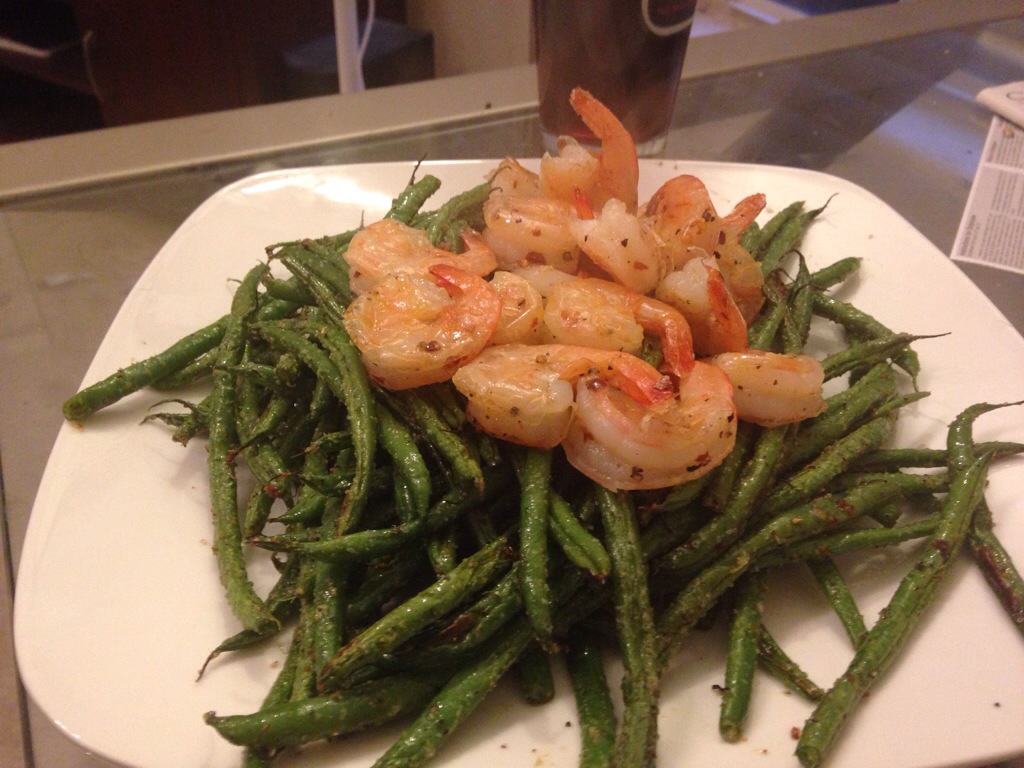 I made a pretty simple meal. I roasted two (!!) pounds of french green beans. I tossed themwith a little bit of olive oil then (too much) Penzy's Sandwich Sprinkle. I simply roasted them for 15 minutes at 450. This was a lot easier than sauting! Next time, I will go much lighter on the seasonings.It was very salty. I like using the french green beans from Costco since you don't really have to cut off the stems.

I also sauteed about 2/3 lbs of shrimp with a little bit of olive oil and some salt, pepper, crushed red pepper, and garlic powder. The shrimp were not shelled as I had thought but I just pealed them while I ate. They were pretty good though maybe a bit overdone.

Not a lot to this meal except a large mass of green beans.About 20 minutes total and much of that time was passive!