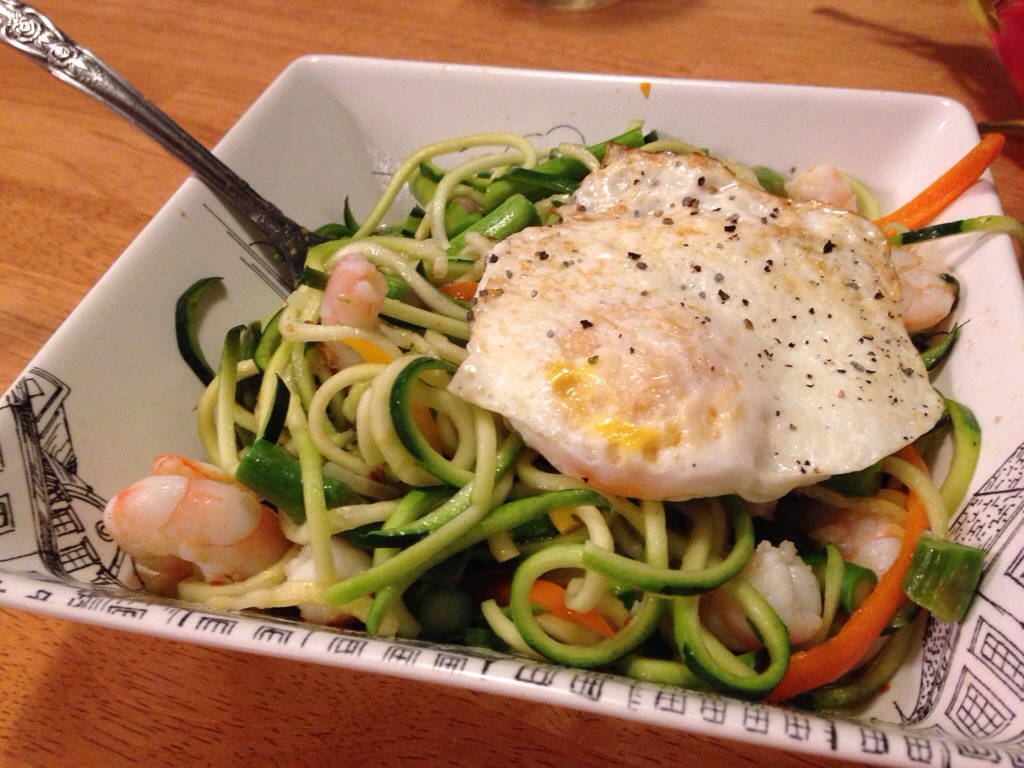 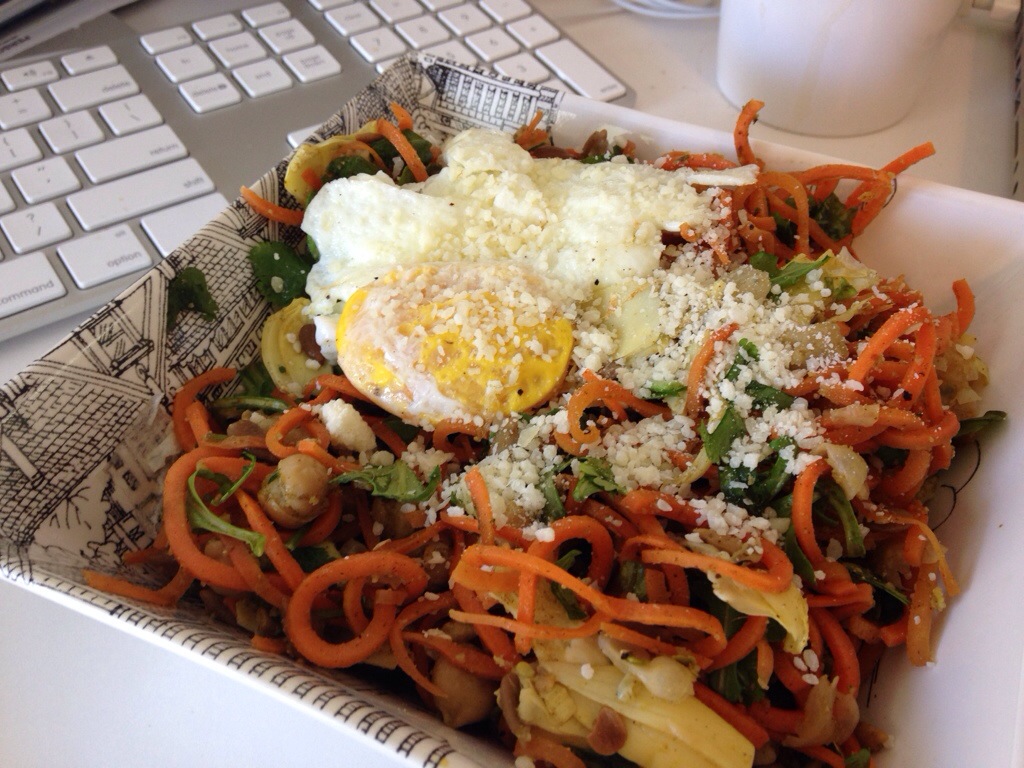 Meredith was introducing me to her spiralizer. We used it to make a dinner and a lunch.

This was a long time ago but to the best of my recollection, the ingredients are below. Also note that we lightly baked the carrots in the oven around 400 for a few minutes. I will come back and add to these lists when I get Meredith's input:

These were both very good. I wish I wrote this post sooner so I could remember the stuff more but either way, we would attempt these again.

After the shrimp was sauteed, garlic was added and then white wine. As it reduced, all of the ingredients were added to the pan and were tossed with the heat on for a little bit.

Roasted the carrots for 5 minutes with za'atar sprinkled on top. Added the other stuff and topped with some more za'atar. I also added an egg and some parm cheese to mine. Note for the future: this would have gone well with some feta or ricotta salata.