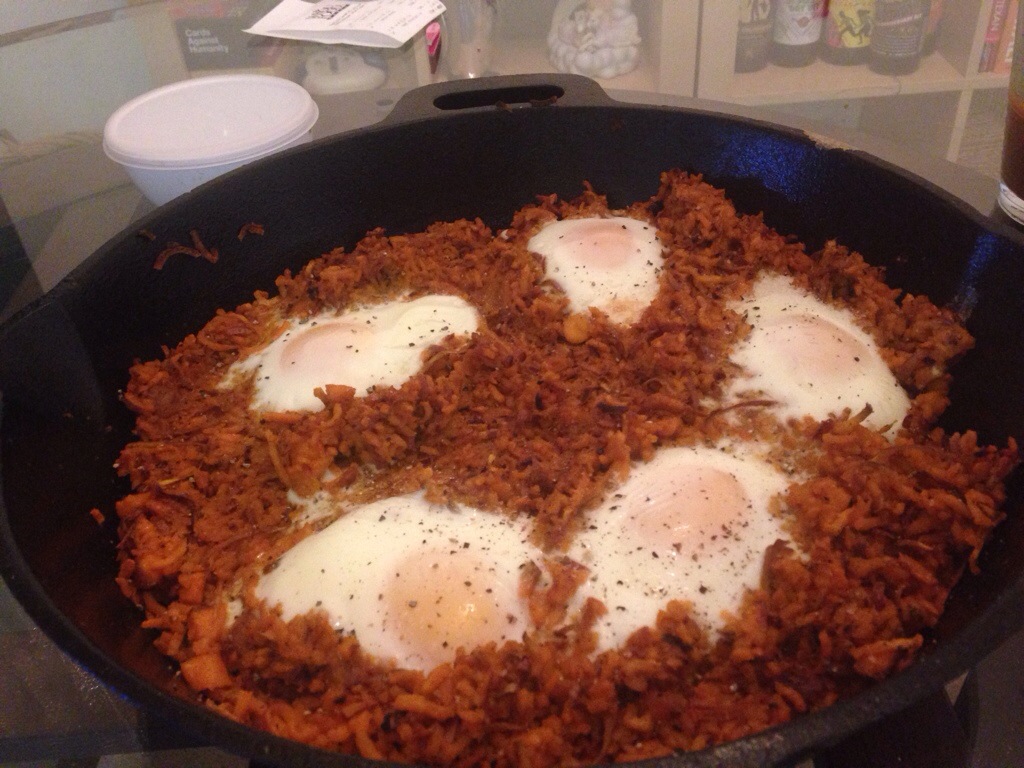 This was a pretty simple breakfast. I spiralized a sweet potato and made it into hash. I started by just tossing a lot and then, when it was softer, I pressed it into the pan to try to develop some crispiness. Finally, I made a few holes and poached eggs in it. I put it under the broiler to try to cook it a bit but I may have over done it a bit. Some were a bit runny but not much.

Overall, it was pretty good and was surprisingly sweet. I would try with squash at some point in the future.