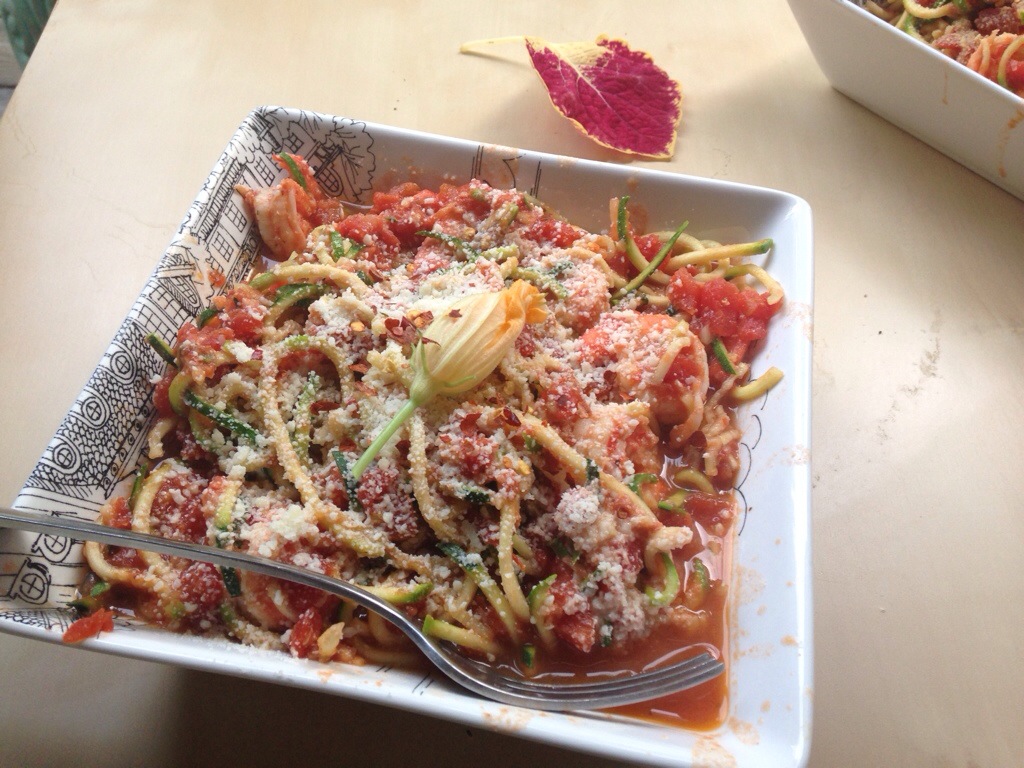 I made shrimp fra diavolo withzucchini noodles. The idea was based on the

Lobster Tail Fra Diavolo With Zucchini Noodles except I used shrimp. I made the sauce inparallel with everything rather than one after the other. I sauted the shallots in a tiny bit of oil for a minute. I then added lots of chopped garlic and a good amount of crushed red pepper and let sauté for a minute. I added the tomatoes (diced and notSan Marzano) plus some salt, pepper, cayenne and TJ's 21 Seasoning Salute. I let the cook down.

I then spiralized 4zucchinis. I sauted a pound of shrimp in a bit of oil and again added more crushed red pepper and finally added thezucchini to cook it a bit. I then combined it all.

Next time, I would just let the sauce do all of the cooking of thezucchini though this wasn't bad. I did over cook the shrimp but other than that, this wasn't bad. It was a lot of food and wasn't the best for lunch the next day but as a meal, it was fine. And really, pretty fast.

Local copy password is the name of my dog, all lower case