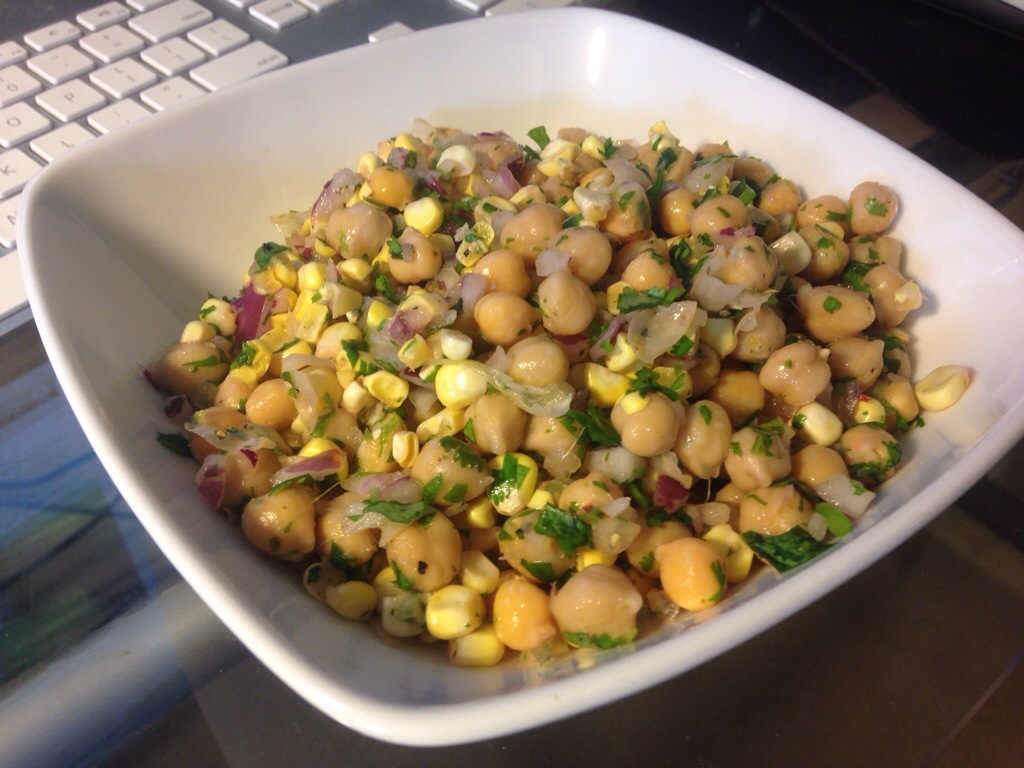 I threw together a corn and chick pea salad. I made it with the following:

I combined everything and adjusted the seasonings and added cilantro to taste. I ended up with a very big bowl of salad which made for a large meal plus about half of it leftover for other meals (give or take a little but I'll guess about half).

While the flavor was pretty good, I still think it was missing something. It may be that the cilantro was pretty old and lost some of its flavors. Or I am missing something else entirely. I will read up on other recipes in the mean time to try to figure it out.