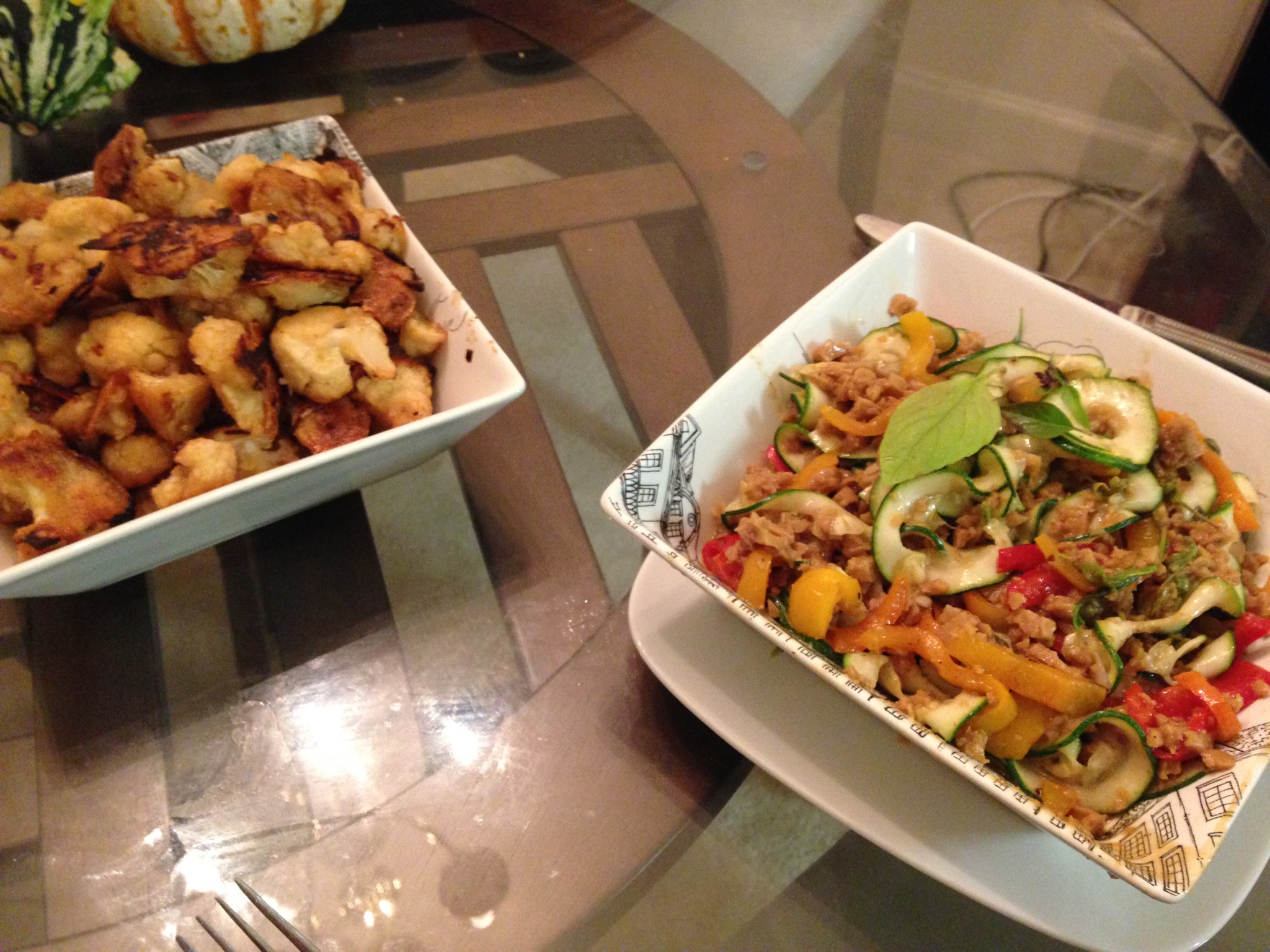 We made two different things. We made Vietnamese Cauliflower Wings and [Pescatarian]Pad Kee Mao (Drunken Noodles) with zucchini noodles.

We followed the same recipe as last time except we used a vegan oyster sauce and the Thai Seitan. I also followed my own updated advice and didn't mix the noodles until they were well off the heat. The thai basil was from Meredith's garden. It had lost a lot of its color but still had most of the flavor. Also, instead of a jalapeño, I cut up a few peppers we picked at a farm that day. Actually, we think they may have been red jalapeños. I also just put them in the stir-fry as opposed to on top. 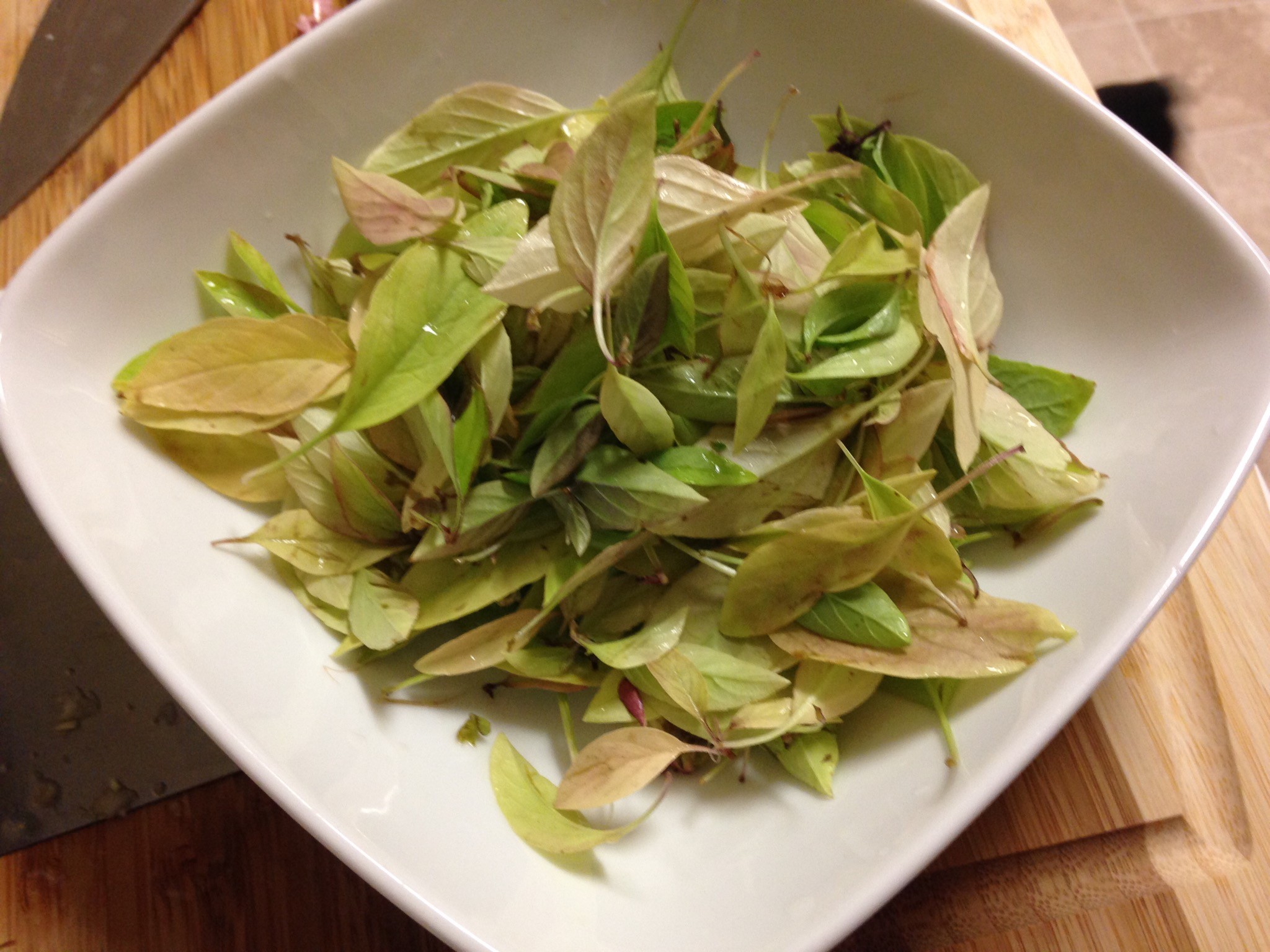 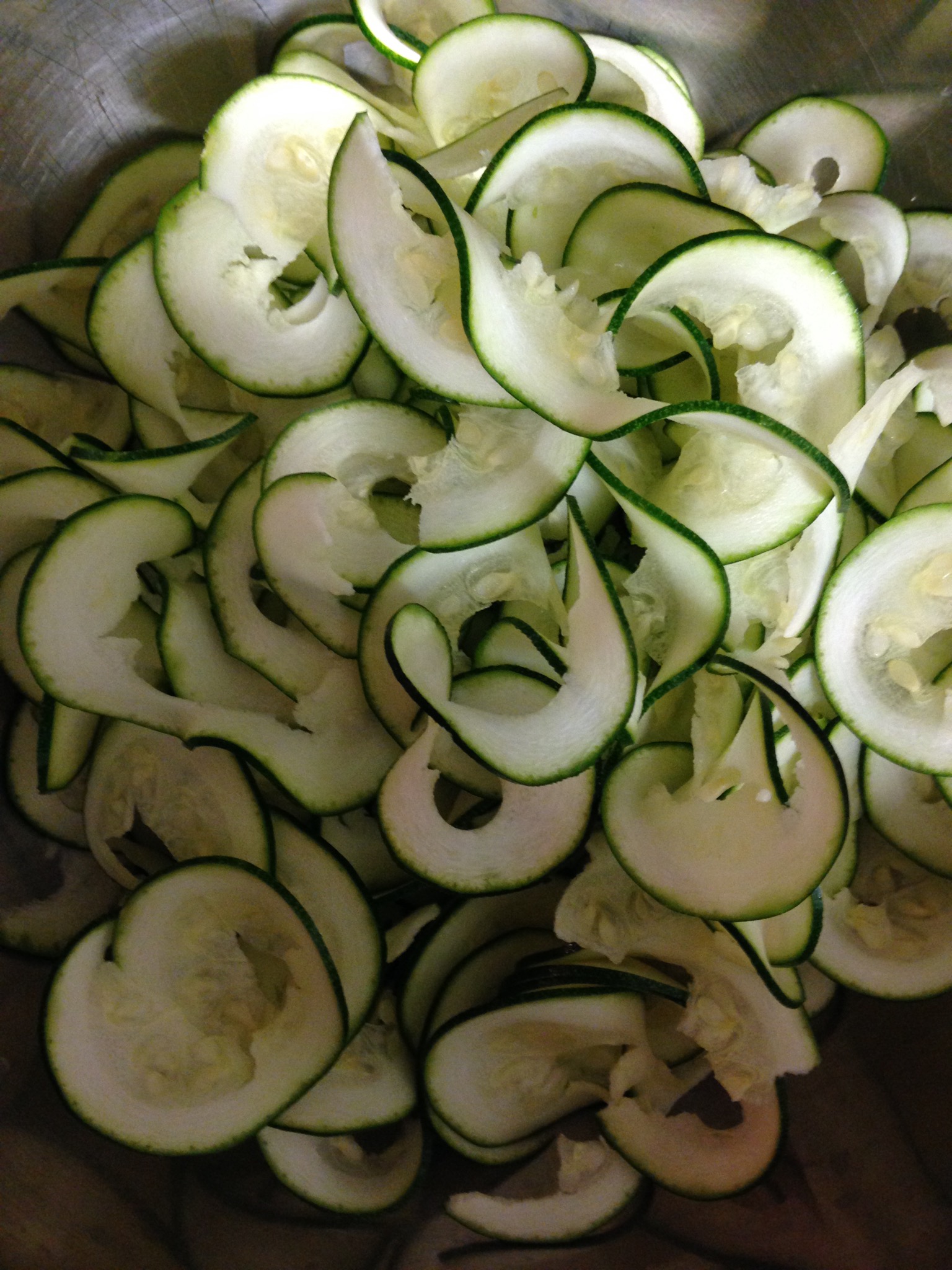 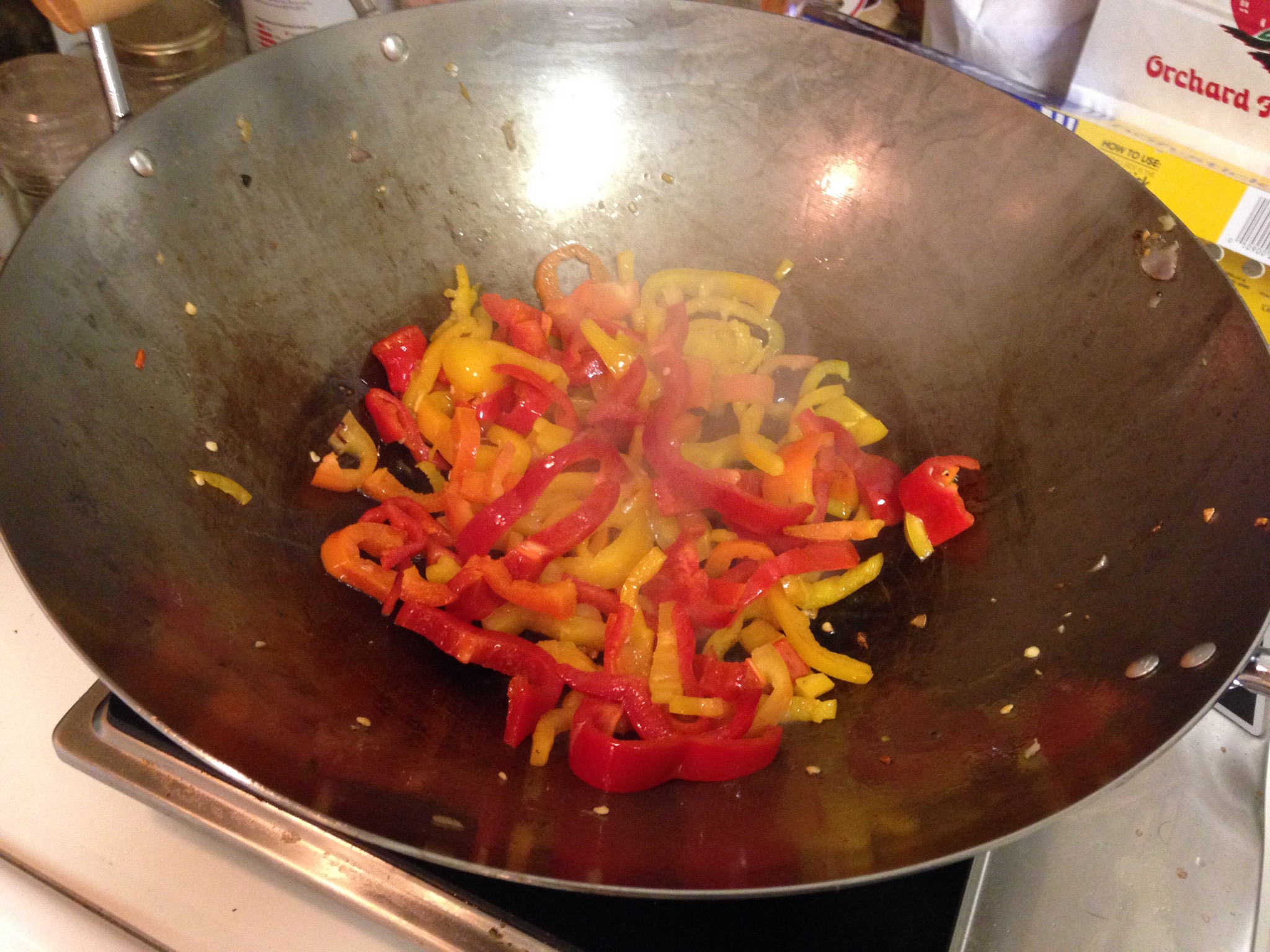 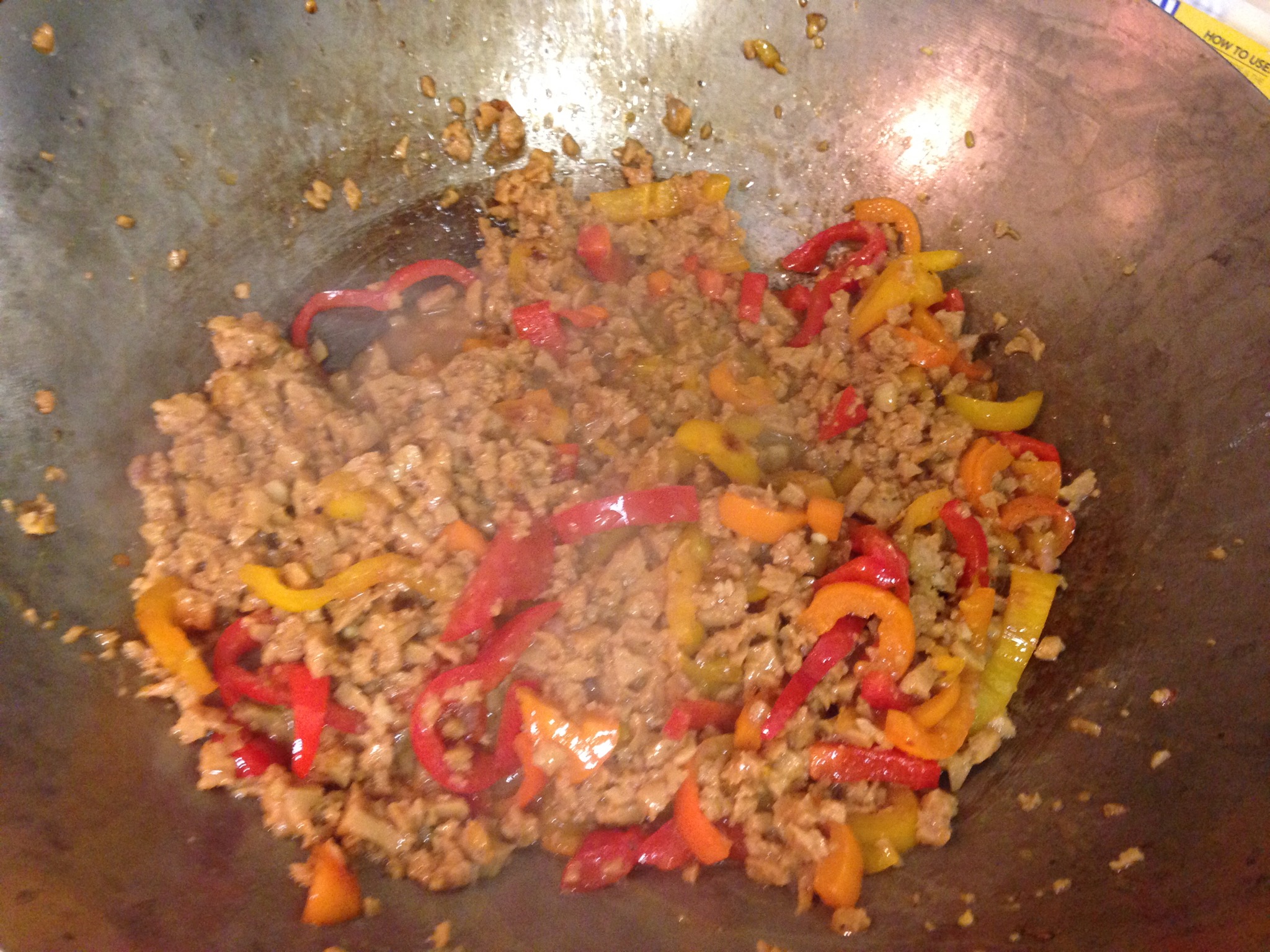 This was a bit more work. We had heard a lot about Ike's Wings from PokPok. But we had really no interest in making wings. So we did it with cauliflower instead.

The cauliflower was based on Buffalo Cauliflower.We added a Tbsp of corn starch to the batter and a tsp of fish sauce. I think Meredith may have added a bit more water too. She did the dipping and did a nice job just coating the cauliflower.

For the sauce, I used the basic idea of the recipe but since we didn't need any to marinade, I cut it in half. I even did the thing with the garlic! To make superfine sugar, I used the food processor to grind it into powder.

I simmered the sauce for a tiny bit to thicken and caramelize it. Then, we tossed it with the cauliflower and put it back in the oven

The parts that ended up crisped on the bottom of the pan were the best but the whole thing was good. Maybe a bit salty. Thankfully, the (insane amount of) sugar helped balance the fish-sauce. 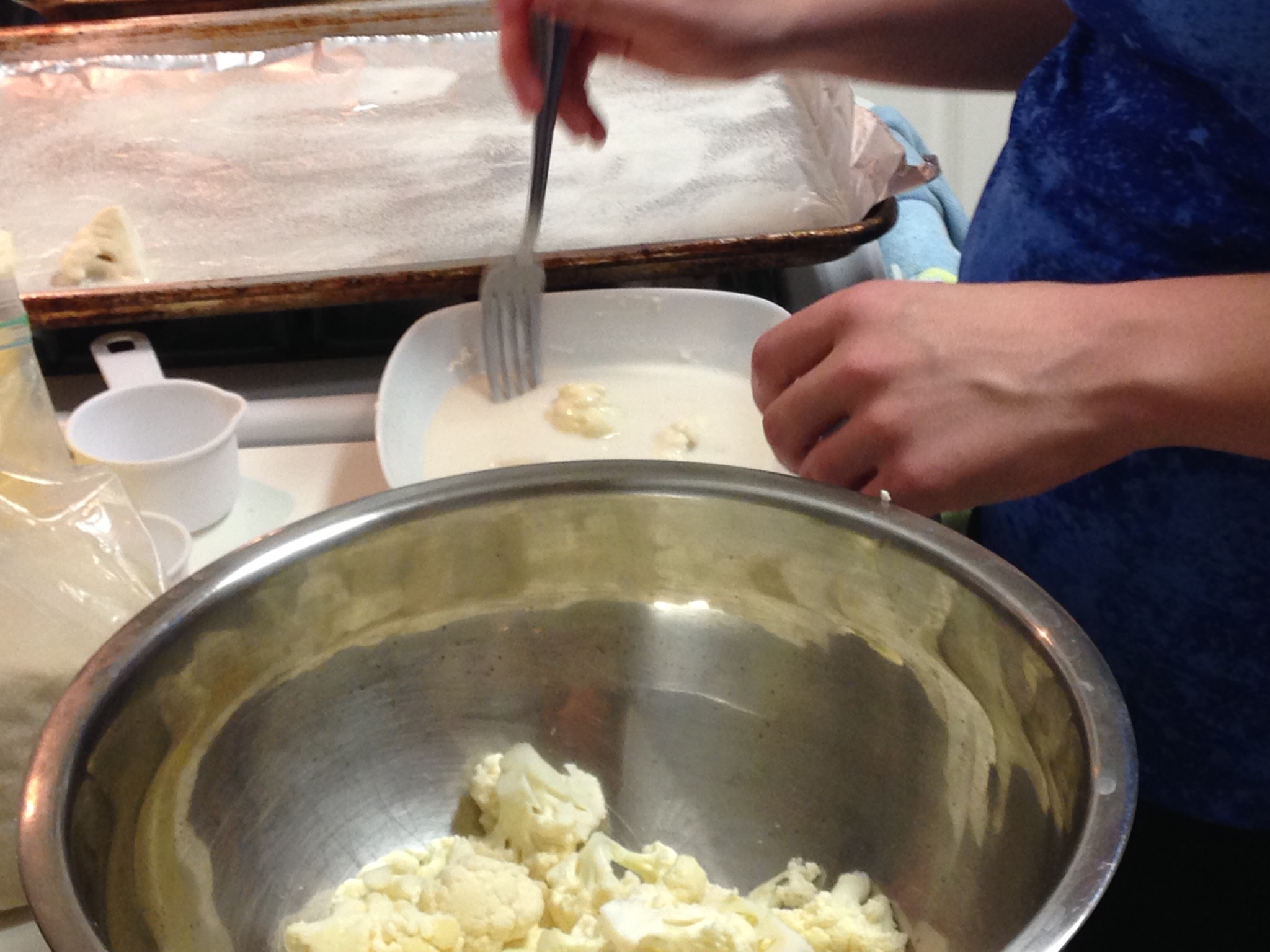 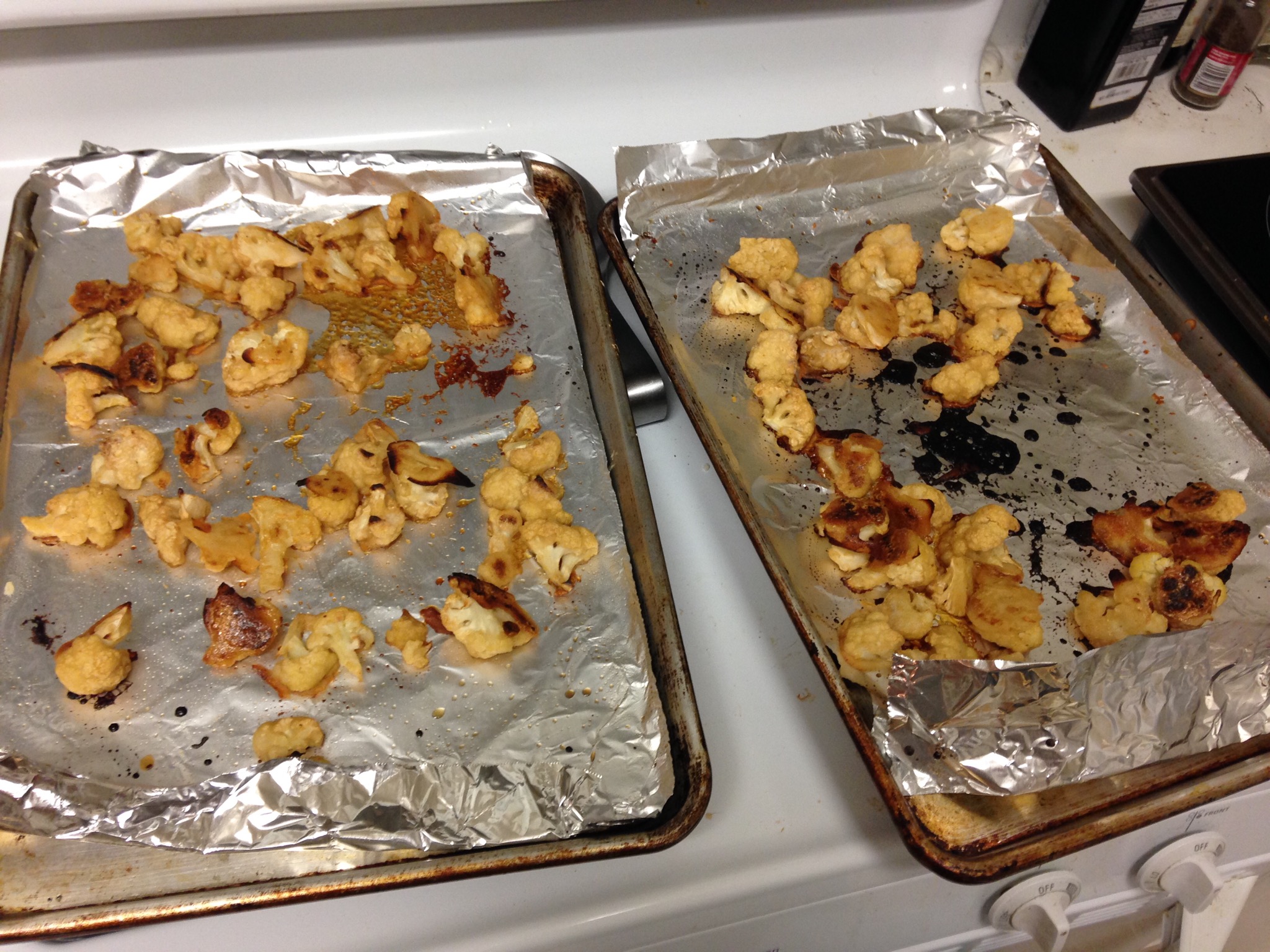