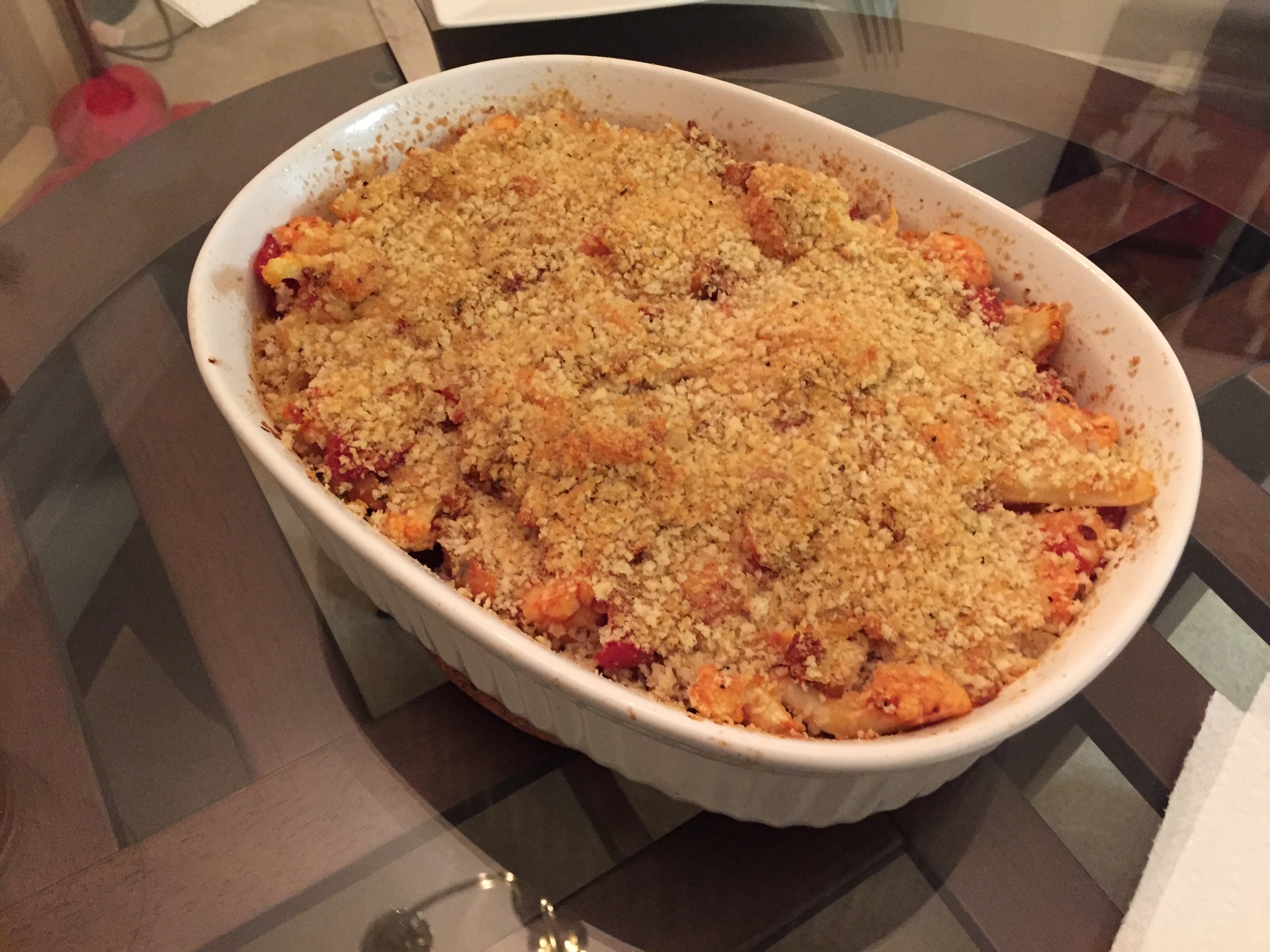 I made a cauliflower casserole from this Kitchn recipe (and copied below).

I prepped it during the day and to then be cooked from the fridge later. I followed the recipe pretty closely with the following notes/changes:

Other than those changes, I stayed pretty true to the recipe

The final result was mediocre though everyone else seemed to like it. I should have given it more time in the oven (likely since it was from cold) and I should have steamed the cauliflower for longer since it was a bit undercooked. Also, it was extremely wet. So next time: more oven, more steam, more cooking down the sauce. The topping worked well enough. 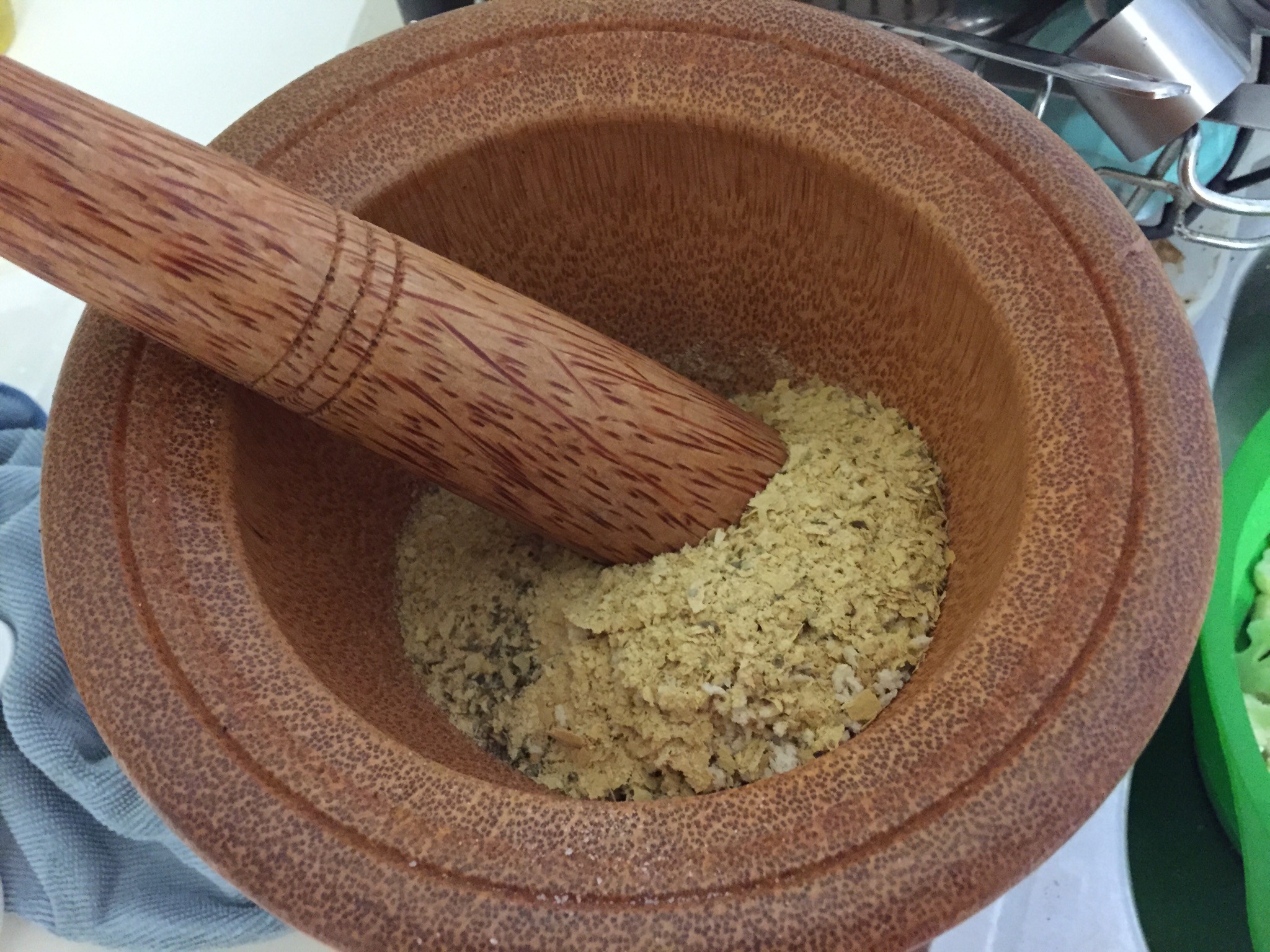 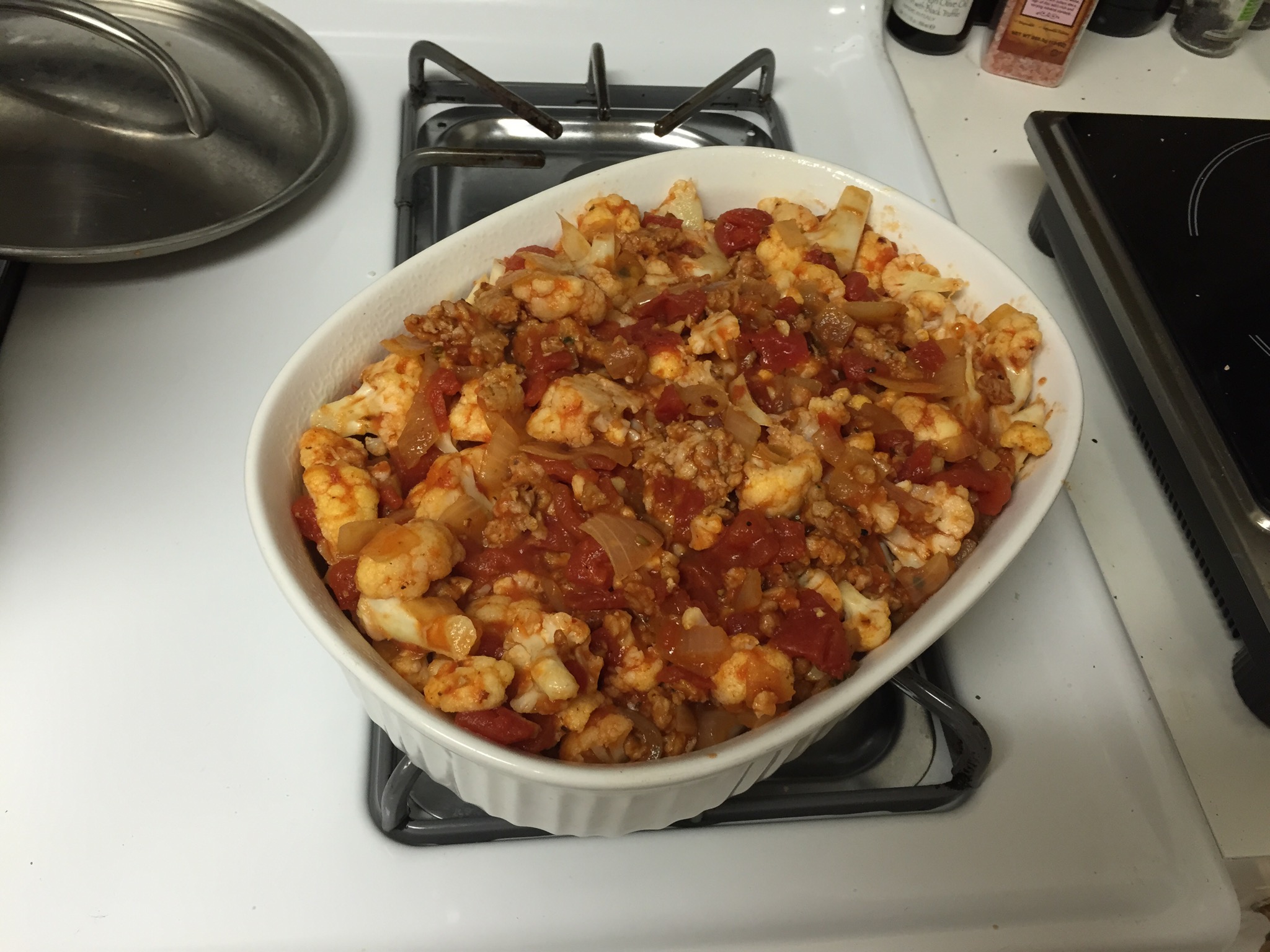 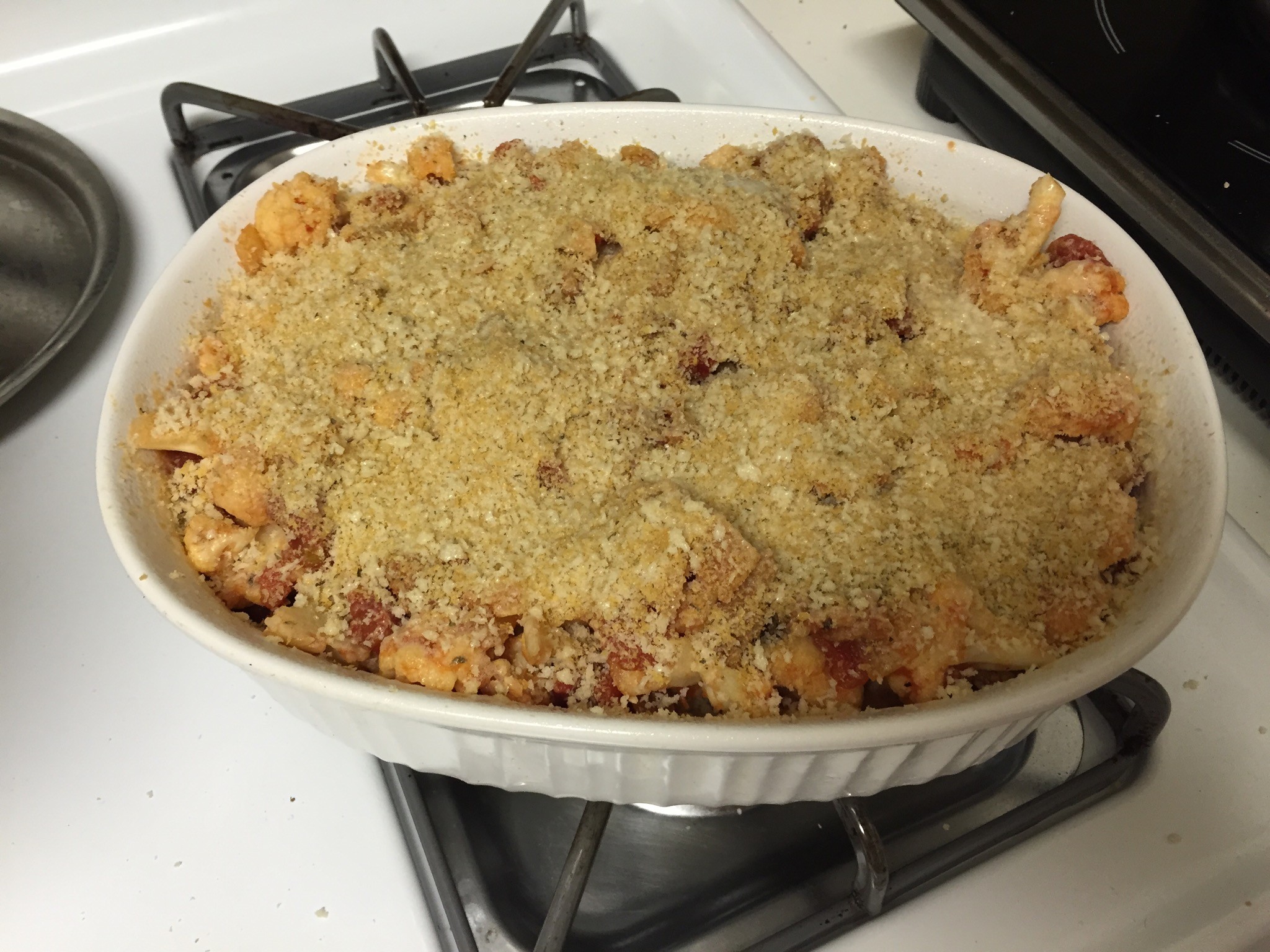 Cauliflower & Sausage Casserole (from The Kitchn)