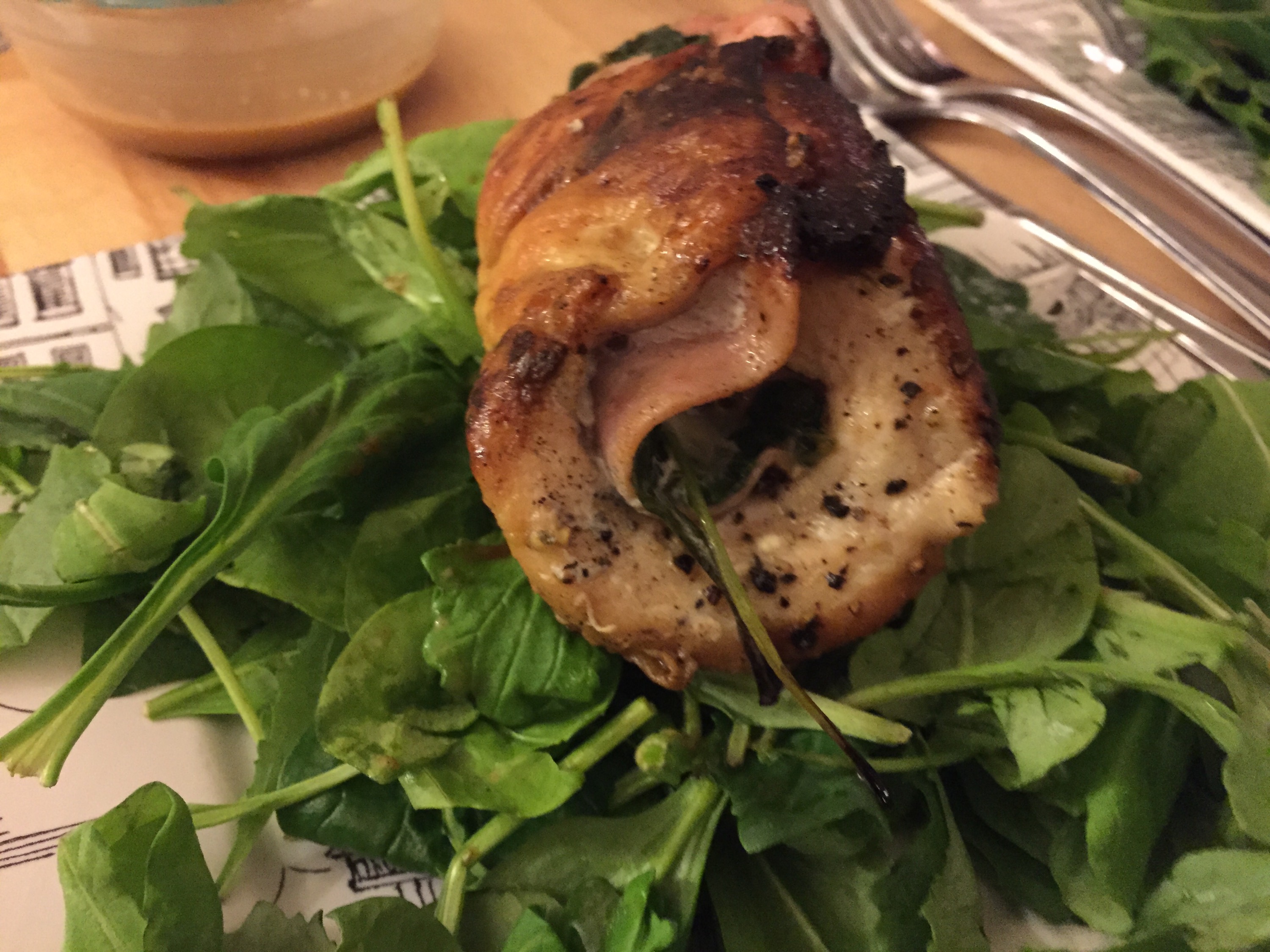 I threw together chicken saltimbocca (ish). I started with chicken breast flattened out pretty well (though need to do more next time) with some salt and pepper. I topped it with a slice of extra-lean ham and then sautéed spinach-kale mix. A few pieces of fresh sage and some cut of ham on top of that. I rolled them up as best I could and used a toothpick to secure them.

I dredged them in flour with salt and pepper then cooked them on a medium-heat pan for 2 minutes on all four sides. I then added some chicken stock and white wine (not sure how much), covered them, and let them steam for a bit. When they were cooked through, I put them over some spinach-kale plus arugula mix and made a sauce in the pan with more wine and stock.

They were really good. Pretty easy and certainly interesting. Also, pretty low in points. It was basically just the chicken (though I wish I could fine smaller breasts) and the ham (which was super low). The only bad thing was I think my piece had some undercooked chicken that I didn't realize until it was too late. I was too afraid of overcooking them that I messed up. (I didn't get sick though)

So for next time, 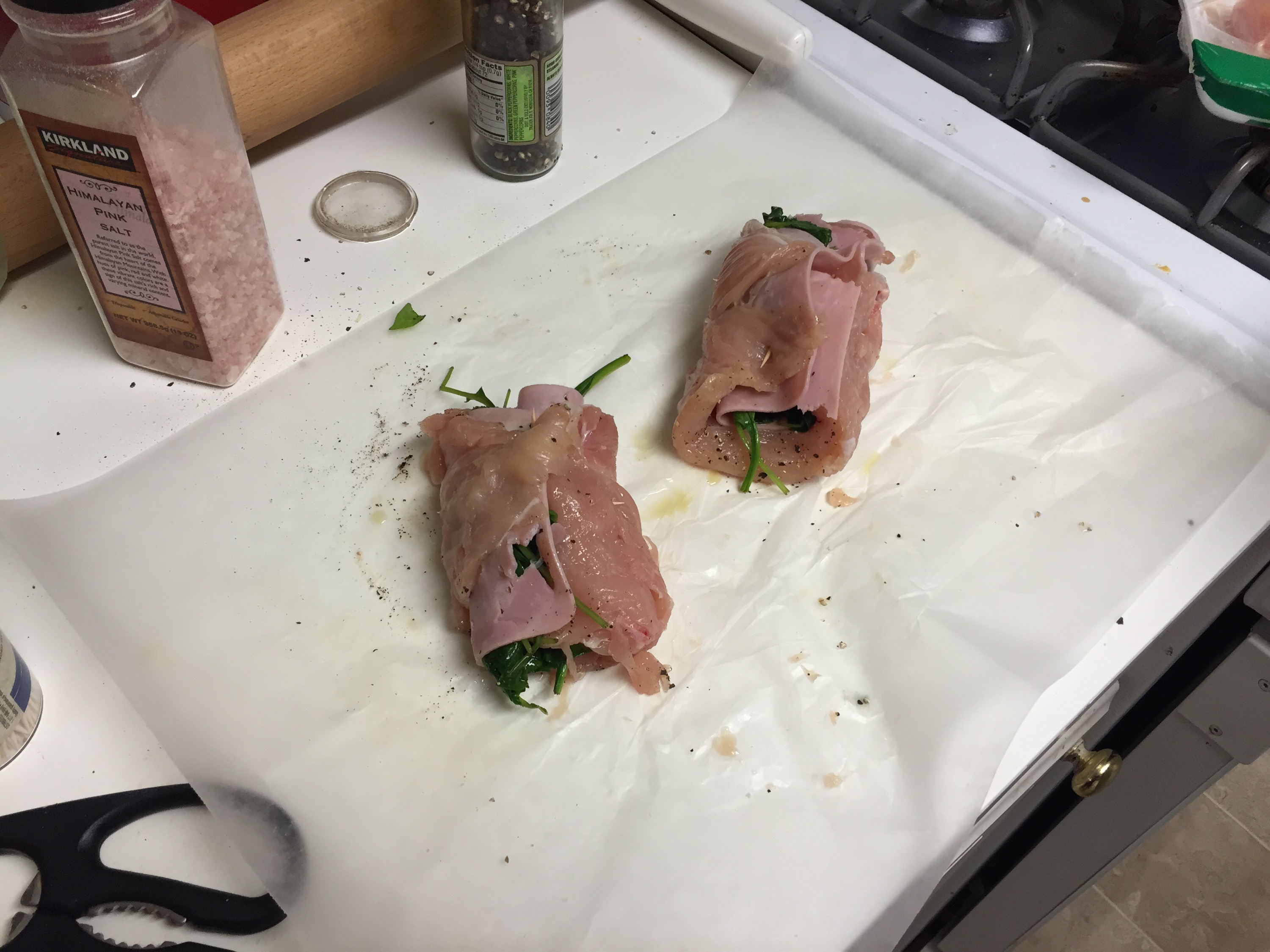 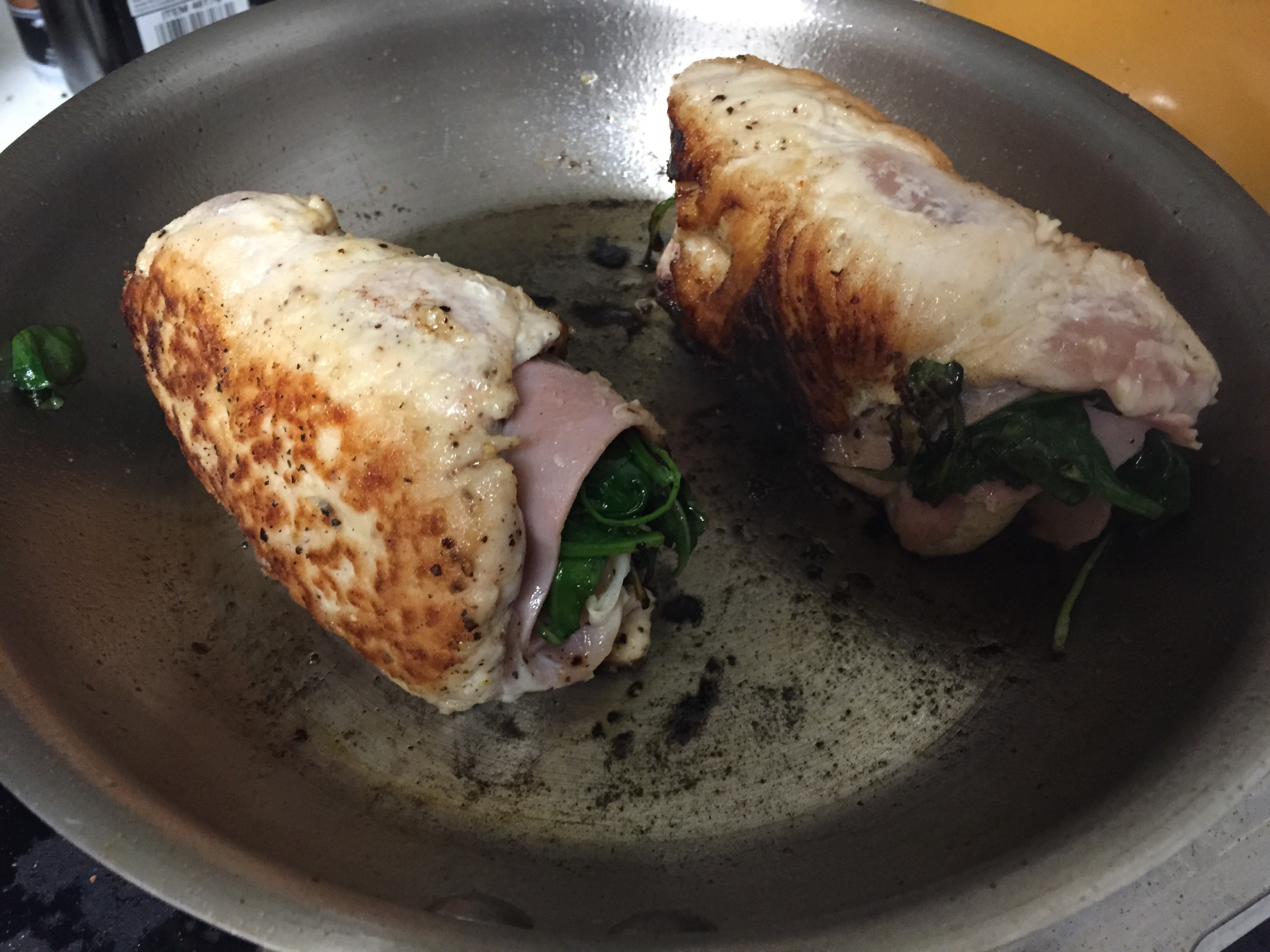