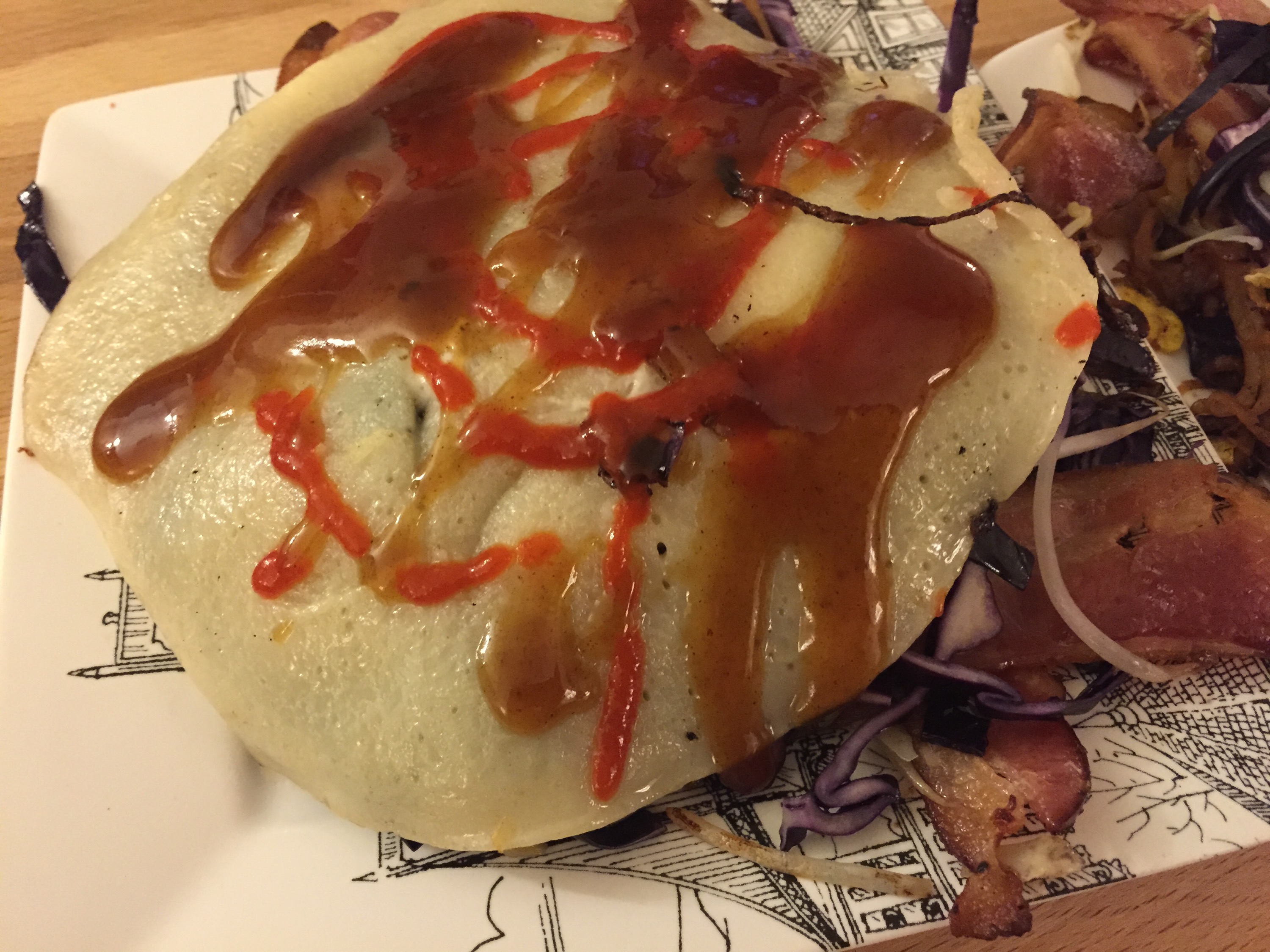 Meredith and I madeokonomiyaki again using the same basic recipe an the same basic changes. (see that post for a complete list, but basically we used mostly-cooked center-cut bacon instead of raw pork belly). However we did make a major change this time; we used rutabaga noodles!

It actually worked really well. We spiralized the noodles and then stir-fired them down untilthey were well cooked. We then used them like the regular ones including addingokonomiyaki sauce. They were slightly less crispy, but only by a little bit.

We would definitly do this again with these changes. Some prep but not too bad and lots of flavor.

A rough point calculation is (Ididn't work it all out)