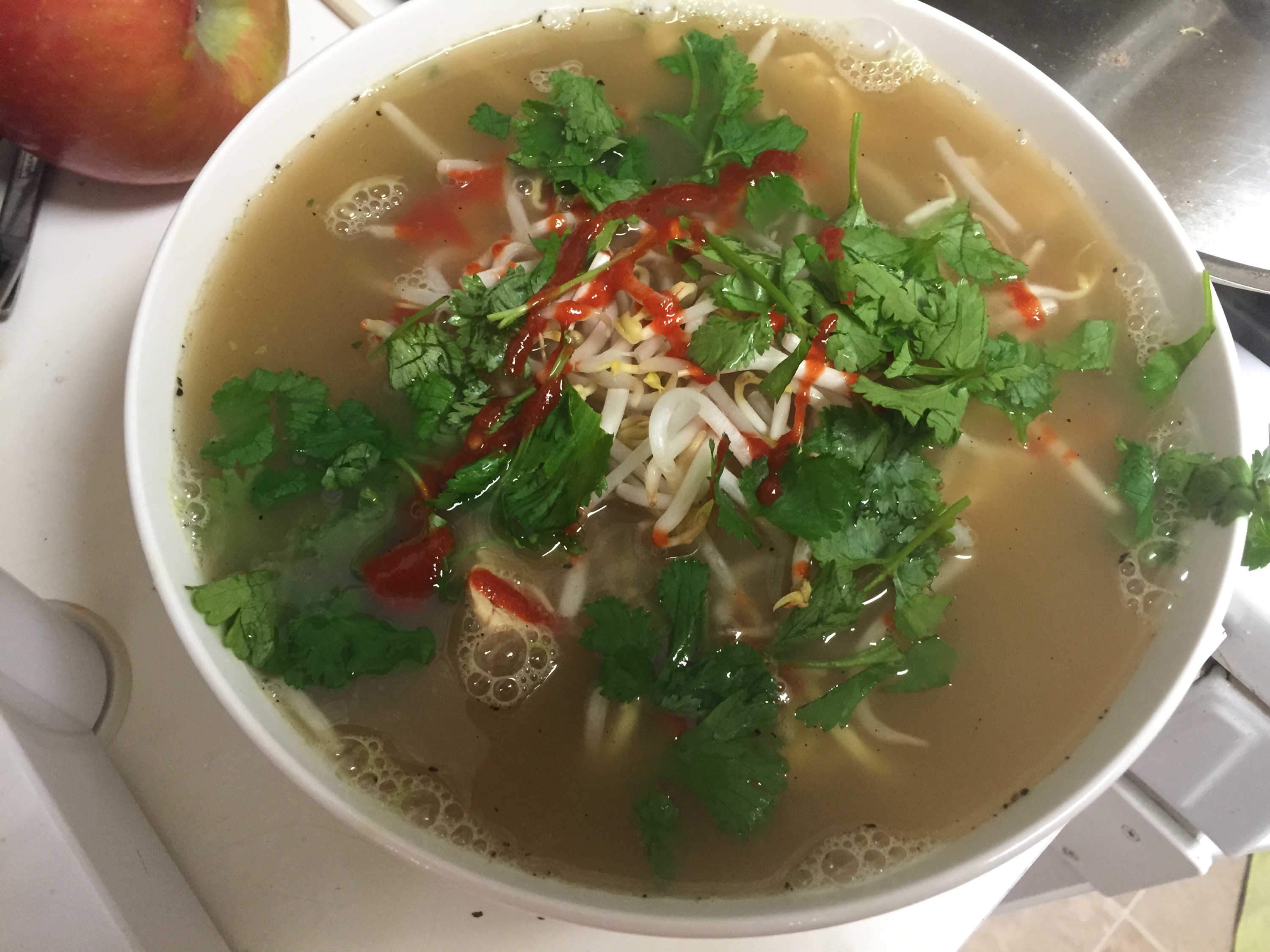 I made quick(er) pho! It was inspired by Serious Eats Kenji's recipe here. Basically, I used his idea to do the onions and ginger in the pan (they really smoked) and used the pressure cooker.

Other than that, I halved my quick Pho and did the pressure cooker for 30 minutes. After straining, I heated a pack (6 points) of fake chicken. I served it over zucchini noodles (not pre heated like rutabaga).

Doing the onions in the pan was nice but super smoky. The whole apartment filled with smoke and the oil was so burned that I had to clean out the pan! Other than that, the only real issue is that this was a ton of soup to eat alone! 1/2 gallon for lunch!