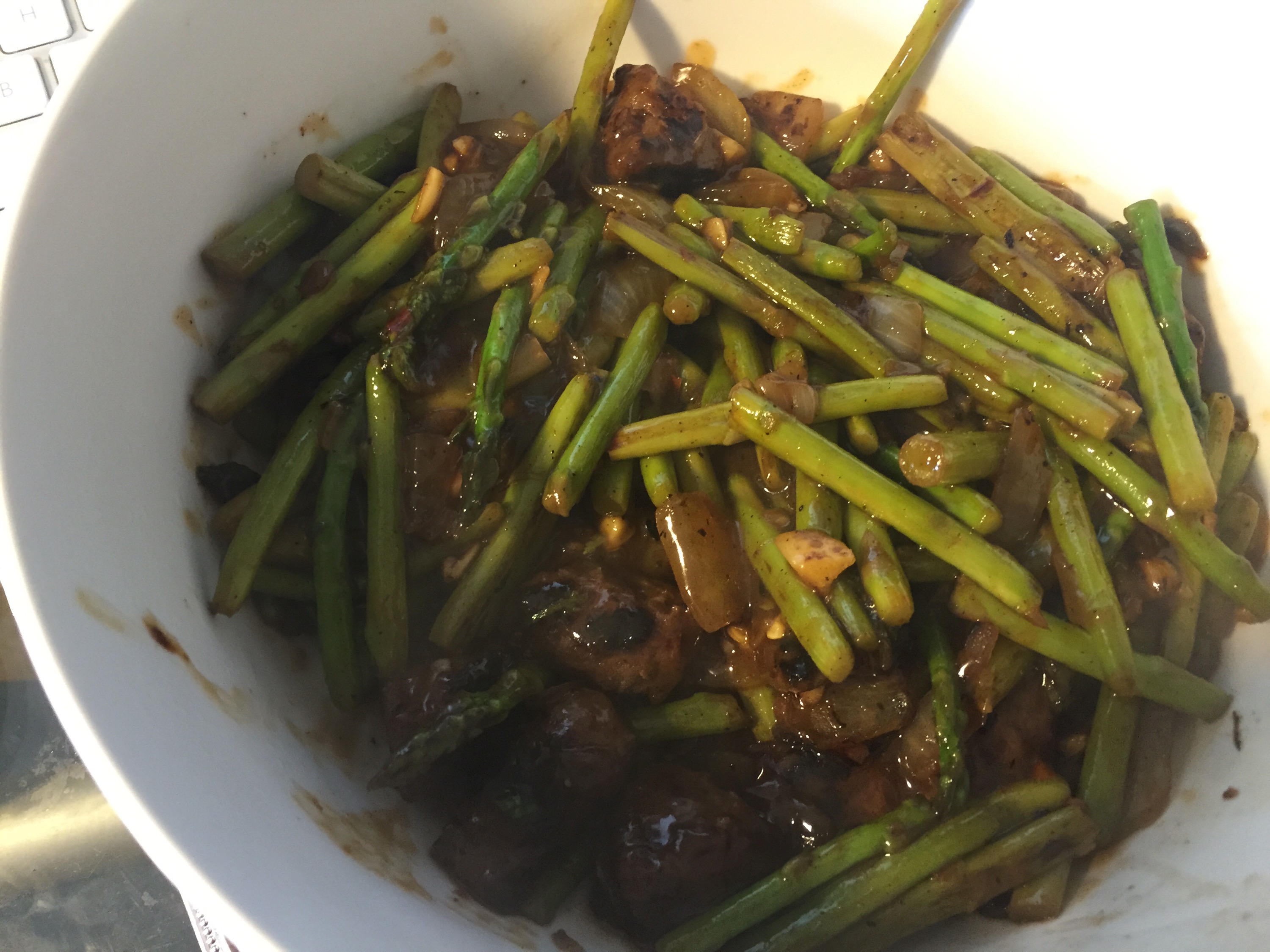 I threw together another asparagus stir-fry. It was roughly inspired by broccoli beef but with a Thai bent. In particular, for the sauce, I used:

I made the stir fry first by stir-frying (from frozen) 1/2 pack (125 grams) of Gardein "Beef" tips(5 pp total). Then I used a bit of oil and did half an onion with garlic towards the end. I then stir-fried about a pound of asparagus.

When I added the sauce, I quickly realized that it was too much. It thickened nicely but was too much of it. I will have to reduce it in the future.

It was actually pretty good though way too salty! I will work on that in the future.