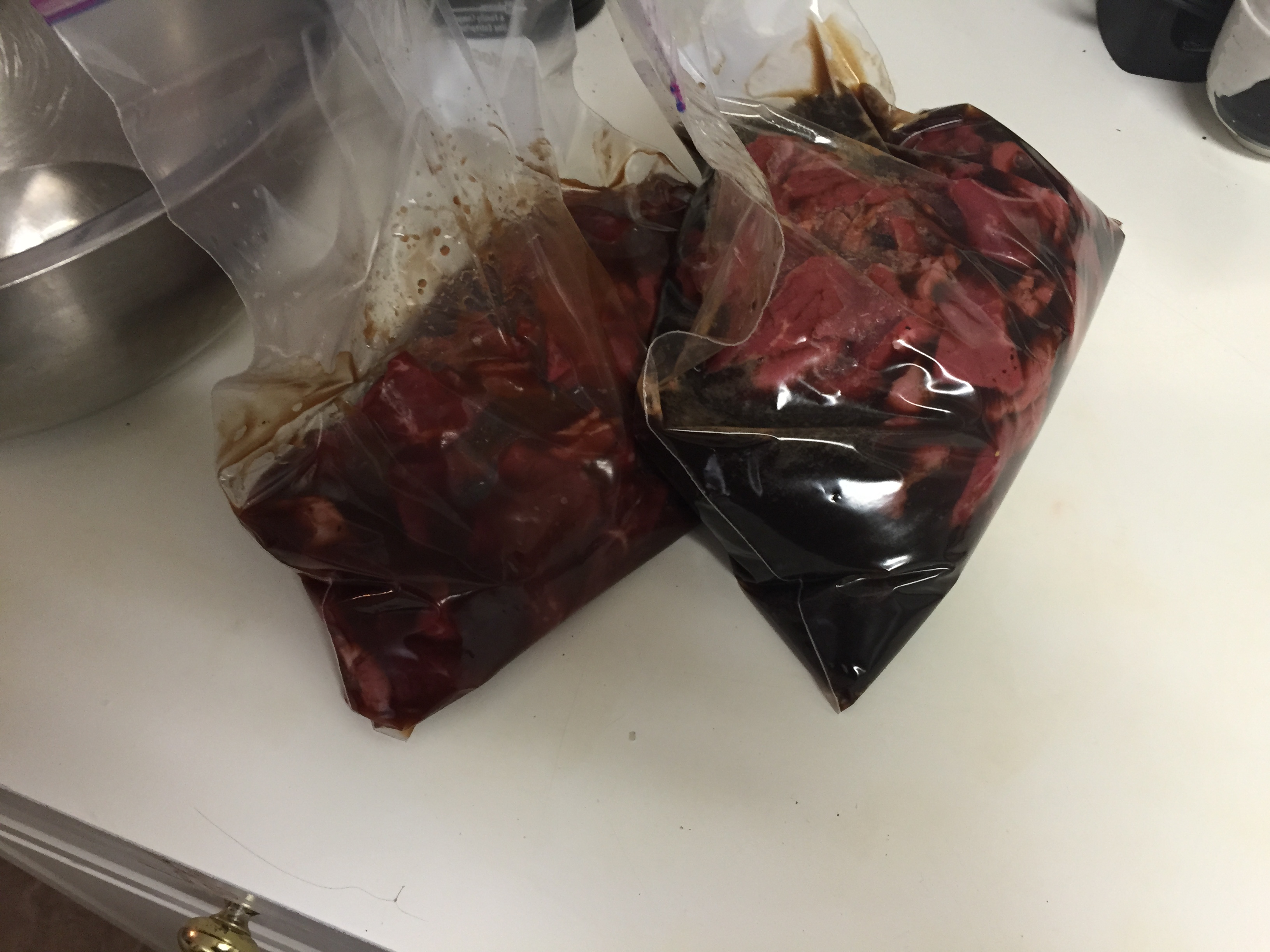 I am writing this pretty far post making it but I'll do my best.

I made two types of beef jerky. I bought 3.69 pounds of Beef Top Round and trimmed it to 3 pounds, 9 oz (it was pretty lean). I made coffee-cola jerky and BBQ. The coffee-cola was from this recipe (and local copy below). I followed it pretty closely including using TenderQuick. I knew this would be shared and would need to sit out a little bit so I wanted to cure it as well.

I also threw together a BBQ marinade. I used TenderQuick in that too. The recipe is below.

While I used the TenderQuick, I think they both needed more salt; especially the BBQ. It was very flavorful but a bit sweet and needed more flavor. It was also very thick making it harder to make and longer to dry. I need to get better at making marinades for slab jerky. Ground beef jerky has different needs since it can have the flavor inside it more and all the salt will be in the meat (as opposedto the leftover marinade)

I use a strainer that also helped make it easier to drain. Especially the coffee one which needed almost no draining.

Also note with this that added TenderQuick to the cola can cause it to fizz quite a bit. Make it flatter next time