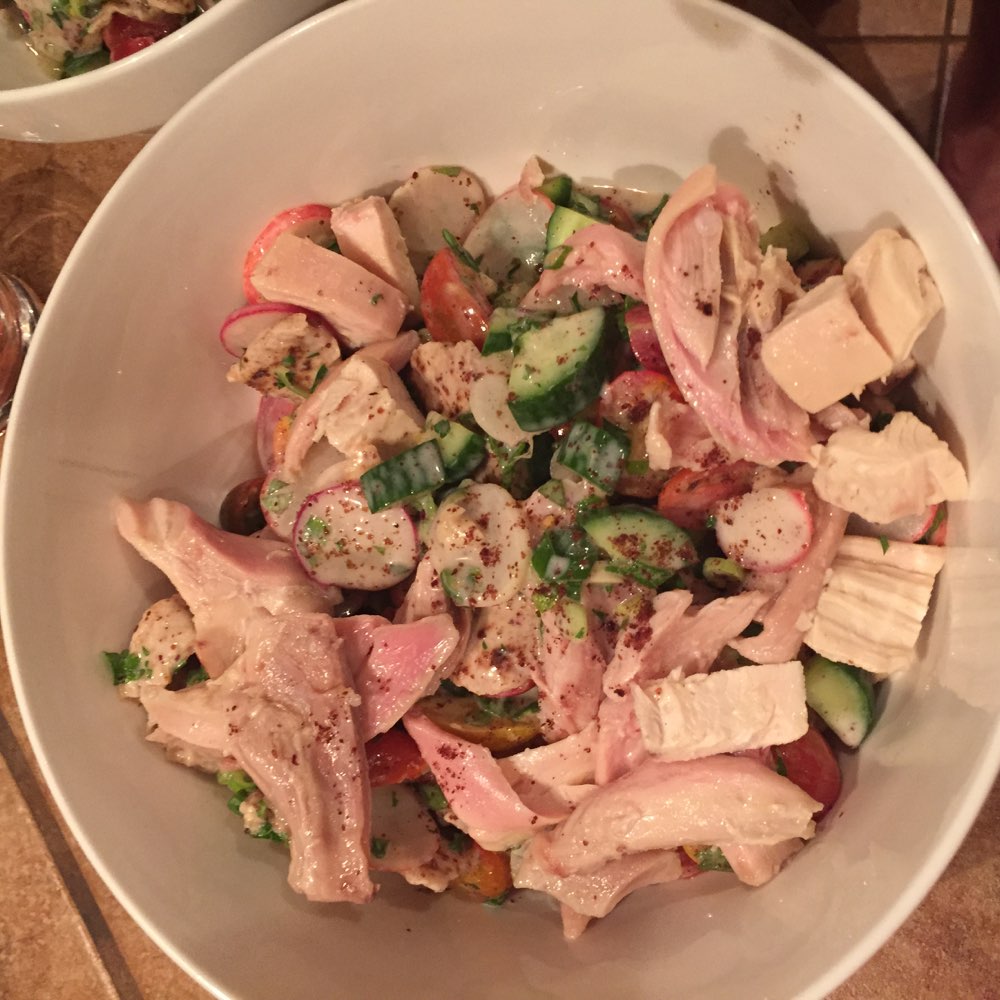 We made fattoush again following the same recipe (including using the Trader Joes Flat Bread).

We followed the recipe pretty closely except went much lighter on the oil and added shiso. And less buttermilk (but it was still very wet). I also topped mine with some rotisserie chicken. And we used small tomatoes from the farmers market instead of big ones.

We liked it a lot. Lots of chopping but very little cooking and nice summery flavors. The only problem this time was the radishes, fresh from the farmer's market, were super bitter.

I am not sure if the salad is supposed to be so wet, but liked it regardless and followed the recipe or went lighter on the buttermilk so I guess this is what it's supposed to be.